Home Donate Contact Us Special Reports Science Email Subscription 2021 RSS Feed 2021 Our Mission
The Ghost of Autism Past, Present & Future
The Wuhan Cover-Up: How US Health Officials Conspired with the Chinese Military to Hide the Origins of COVID-19 (Children’s Health Defense) 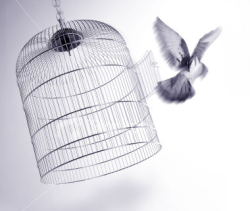 The term "shadow banning" has been around for a long time. When Age of Autism launched in 2007, a point of pride and sponsorship hook was that we were Google News Indexed. Google would share much of our content in their news feed. Readers did not have to seek us out, we popped into their in-box. And our readership numbers reflected this. Little by little, that changed.  Instagram (we/re back) and Pinterest (who cares, I have enough recipes and don't need false eyelashes) closed our accounts. President Trump's Covid vaccine wasn't the only "warp speed" operation. Social Media companies made accounts disappear at double warp speed.  Elon Musk is reinstating Twitter accounts, and Matt Taibbi is Tweeting the behind cage doors truth bit by bit. I hope that vaccination choice including pediatric vaccines and their rate of injury become part of the conversation. Dr. Robert Malone was deplatformed. His book, Lies My Government Told Me And The Better Future Coming, is available from Skyhorse Publishing now. Last August, Children's Health Defense was deplatformed. Robert Kennedy Jr was deplatformed for including vaccines in his life's work. KENnedy. In AMERICA.

‘Twitter Files’: A Tale of Censorship, Secret Blacklists, Shadow Banning and Government Collusion
A second batch of “Twitter files” released Thursday reveals how the platform maintained “secret blacklists” and engaged in “shadow banning.” Files released previously included evidence of election interference and widespread censorship of COVID-19-related information that didn’t fit the accepted government narrative.
This latest in a string of stunning revelations and large-scale changes at Twitter following Elon Musk’s takeover adds to prior revelations about election interference — including suppression of the Hunter Biden laptop story prior to the 2020 U.S. presidential election — and widespread scientific censorship.
The “blanket amnesty” of previously suspended accounts and Musk’s reinstatement over the past month of many such accounts — including former President Donald Trump’s — drew fury from many Democrat lawmakers and left-wing entities, but enjoyed wide swaths of support from Republicans and Libertarians.  Read more at CHD here.

Neuro div we Dr I meant.

Twit by Musk
"My pronouns: Prosecute/Fauci"
There was also some thing about woke being a virus that will destroy us.
Apparently Musk has a son that decided to be a girl.
A trans.

What is will all this trans gender stuff? Trans must be accepted. Trans rights.

As in Nero diverse rights. Having autism is really a blessing

So I ask the question - is this a bunch of propaganda to cover up the real issues of brain injuries? autism for sure, but it is so silly an attempt that we are lead by idiots? ? ? ? !

And they have tried it again with brain injury of Dysphoria That is a word I have been hearing a lot.

I have heard it before, years ago. It was about hands or legs of people. They did not believe that a certain body part belonged to them and they wanted rid of it. They would try to get doctors to amputate and some would cut it of themselves.

Musk is a smart billionaire. A science guy. has he figured out that perhaps vaccines cause brain injuries and that gets back to