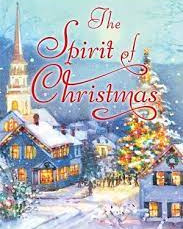 A Monday treat - Cathy Jameson has an update on her quest for medication for Ronan. MANY people have reached out with options, ideas, alternatives for Cathy. We embody the spirit of Christmas. Thank you.

Last week, I wrote about a dire situation – the manufacturer who makes one of my son’s seizure medications informed our pharmacy that they were out of stock of the medication.  I spent most of Friday fretting about that discovery.

All of Saturday, I was still consumed with finding the mediation.  Since it was the weekend, I could only do so much.  Places were closed.  Phone lines went straight to answering machines.  The internet could guide me only so far before I’d need to talk to a human.  Unfortunately, the ones I needed to speak to directly wouldn’t be back at their phone lines until the work week resumed.

We still had Sunday to get through though.

Then I remembered something hopeful.

We know a couple who help run a free medical clinic!  As I got ready for Mass on Sunday morning, I thought maybe they would have some advice about what I could do.  The Holy Spirit definitely guided that thought because as I entered Church that morning, that couple was sitting in the pew on the same side of the church where we like to sit!  Kneeling before Mass to say some prayers, a wave of relief fell over me.

Then I made a mistake.

My mind was all over the place that weekend, including during Mass.

Then there were donuts.

I’d forgotten that I promised the kids we could go to the parish hall to get donuts right after church.  For years, we never got donuts.  While all of their friends skipped over with their families, we’d go straight home.  That’s because either Ronan couldn’t handle it (when he was able to go to Mass with us), or we were racing back to the house to relieve whoever was watching Ronan for us.  I can usually stick around for about 5 minutes before jetting home to say hi to friends and parishioners we know, including that couple.  But that day, I forgot to.

Of all Sundays to get donuts, I picked the one Sunday I had desperately hoped to talk to that one couple.

The worry I carried around with me last weekend was incredible.  Besides that missed opportunity, we were supposed to have a fun day out and do some Christmas shopping.  I was totally distracted.  The kids were incredibly helpful as usual, even though I was doing a terrible job of being Mom to them.  They understood and also knew I was not dealing with this completely alone.  They were glad that I’d reached out for assistance here and were impressed at how many offered to personally help their brother.

It would take time, something I was racing against, and other people to help us help Ronan.

First thing Monday morning, I reached out to the nurses at the neuro clinic again.  I called the manufacturer and got confirmation that yes, the medication is indeed out of stock, and that yes, the expected date of availability of a new batch is on or around February 10th.  Per a great suggestion, I started calling hospitals to see if they had any of the meds in stock.  None would dispense meds to Ronan, though, because he was not a patient of theirs.  I made calls, friends made calls, complete strangers made calls to local pharmacies in their area.  Like the over 20 I called in my area, dozens of pharmacies across the country shared that they were without the medication as well.

With each call and each response, my hope was quickly turning into despair.

We needed a miracle.

God knew I really needed to talk to that couple, the one I’d seen at Mass.  Because on Monday morning, I ran into the wife.  Who was immediately able to put me in touch with a pharmacist.  Whose supplier had 6 boxes of the medicine.  Who could get those boxes to us.  Who personally called me throughout the entire process.  Who hoped along with us that there would be no hiccups in getting the order to us.

By close of business on Monday, the promised boxes of the medication we needed to keep Ronan’s seizures at bay were ordered!

I’d cried tears of frustration and worry when this all started.  I cried tears of joy when the meds were delivered thanks to forces working with us and for us.

We have, thanks to prayer and our amazing network of helpers, a partial order on hand (12 more days’ supply).  When that name brand supply runs out, which it will in mid-January, life could be a little hectic.  It could get a little bit scary also.  Anticipating that, I’ve made sure we have extra emergency seizures meds on hand, I’ve cleared things off our normal schedule, and I’ve taken a temporary leave of absence from my job.  Those seizures we’ve been able to minimize could come back.

When there’s one, there’s a cluster.

When there’s a cluster, there’s sometimes the potential for a grand mal.

When there’s one grand mal…

I can’t have Ronan go through that alone, so I’m planning on being home until on or around February 10th.  The manufacturer can’t promise me that the meds will be available until then, but I can promise Ronan that I will be with him, praying the whole time that I can do whatever he needs me to do.

There are families across the country missing a loved one who died suddenly. Why? Buy the Kindle version of Cause Unknown by Ed Dowd and use the Kindle Quote option to share the sentences that grab you, and will open others' eyes. Sprinkle them all over social media. This is how we educate and remind people of what we have been saying for so long.

By Ed Dowd, from Skyhorse Publishing. The CEO of the OneAmerica insurance company publicly disclosed that during the third and fourth quarters of 2021, death in people of working age (18–64) was 40 percent higher than it was before the pandemic.

Cathy,
So glad you found some medication, and so sorry you have to go through all this. Hoping you continue to find enough to keep getting you through. You and Ronan are in my prayers

I am in Venezuela and for two years (2015-2016) we went through the same situation, but friends from other places in the world helped us and sent the seizure medicine from Spain, Italy and Switzerland. We will keep praying for you, and I am sure the medicine will be available. God bless you.

You are very welcome Cathy! We have both experienced the same awful consequences when our son's seizure medication is late in the mail. I am also praying that what you have on hand will last this time around and all will be fine for Ronan. God Bless you and Ronan.

It's a good thing I didn't try to drive to Canada! I would have been trapped in Buffalo! (That was the route I was planning to try). I am so glad you found a solution!

I pray that Ronan's Guardian Angel leads you to some solutions that cure his epilepsy. Your family deserves a break from the constant stress. A happy break.

Cathy, have you ever tried CBD oil to control your son's seizures? My son who's now 30, began having grand mal seizures when he was 17. I took him to a neurologist who prescribed Keppra and also Neurontin. Neither one worked as he had a lot of breakthrough seizures and negative "side" effects. I've had him on Charlotte's Web 60 mg. CBD oil for about 10 years and for the most part, he's seizure free. Very occasionally, he'll have a breakthrough seizure, maybe one every one to two years. It also helps him to sleep, which is great. You might try it if you haven't already. Much love!

Thank you Cathy for sharing this answer to prayer!

"And my God shall supply all your need according to His riches in glory by Christ Jesus."
Phil. 4:19

C.S. Lewis on Heaven and the New Earth: God's Eternal Remedy to the Problem of Evil and Suffering
https://www.youtube.com/watch?v=gs5VzPK8rw0

So happy it worked out for you all! A merry Christmas indeed. Blessings and prayers from Texas.

I am praying with you.

Thank you, Gayle. It's a worry for sure when mail is delayed. We've encountered that 2 times in the past and have to manage the seizures that came while we waited for the delivery. We'll pray that what we have on hand will help this time around! xo, Cathy

Cathy-I am so happy to read that you finally got Ronan his seizure medication. I know what that is like as I had written before that my adult son with autism went without his seizure meds for two days because the mail was late due to a holiday. He had a grand mal seizure on day two and it was horrible. We held him and then when it was over he got into bed and slept for the rest of the day. The next day the meds finally arrived. God Bless our special children and keep them safe and well.