Jeremy Hammond: Why the Claim ‘Vaccines Don’t Cause Autism’ Is Disinformation 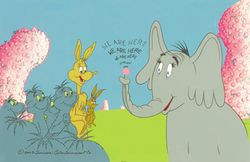 The hypothesis that vaccinating children according to the CDC’s schedule can contribute to the development of autism in susceptible children has not been falsified. Jeremy Hammond

Perhaps we haven't gone the way of the buggy whip? Of course not. Jeremy Hammond's article on vaccine induced autism is a welcome read.  We will not allow the worlds of science, medicine, public health, education and human decency to forget our children.  WE ARE HERE! Please read, click over and comment to Jeremy on his site.

Why the Claim ‘Vaccines Don’t Cause Autism’ Is Disinformation

“Vaccines do not cause autism.” That is what we are continually told by government health officials, the mainstream media, and the pharma-centric medical establishment. It is the official position of the US Centers for Disease Control and Prevention (CDC). The idea that vaccines can cause autism is just misinformation spread by “anti-vaxxers”, we are told; it is a claim that has been repeatedly debunked by scientific research.

Many parents take offense at the derogatory label “anti-vaxxer” being slung at them since they did vaccinate their children only to witness them being injured and, in some cases, developmentally regressing into autism. The concern that many parents have today is that vaccinating children according to the CDC’s routine childhood schedule can contribute to the development of autism in children with a genetic or environmentally caused susceptibility.

To state that “vaccines do not cause autism” is to claim that scientific research has falsified that hypothesis. But that is simply untrue. It is biologically plausible and has not been falsified by the scientific research conducted to date. This can be demonstrated by examining the CDC’s own cited sources.

The mainstream media, for their part, uncritically parrot the official position of the so-called “public health” establishment, thus serving to propagate official disinformation under the false pretext of combatting “misinformation” from “anti-vaxxers”.

One illustrative example of this that I’ve recently encountered is a CNET article by science editor Jackson Ryan titled “Meta Trained an AI on 48M Science Papers. It Was Shut Down After 2 Days”. The article, published on November 20, 2022, is about a search engine for the scientific literature built by Meta (formerly Facebook) that uses artificial intelligence to “summarize areas of research, solve math problems and write scientific code.” A demo launch of the tool, called Galactica, was deemed a failure due to it spewing gibberish answers to questions. To illustrate, CNET provides the following example:

Ryan thus claims that studies have falsified the hypothesis. But is that so? He provides four sources to support that contention, so we can simply click those links to examine the sources and see if we find any studies that were actually designed to test the hypothesis. The result of this exercise illuminates how the claim that the hypothesis has been falsified is government-sanctioned disinformation propagated for the purpose of manufacturing consent for the CDC’s policy aim of achieving high vaccine uptake.   Read Hammond's full article at his site.

(Everything I Do) I Do It For You - Bryan Adams

I gave my life for my beloved.

Good read! Del Bigtree and The Highwire have covered this extensively too. Public health officials do not have the evidence to back up their statements.

Not sure if I missed a post about this but For anyone interested -“In a Different Key” aired on PBS last night. While it’s main focus was on high functioning autistic adults- including the first person diagnosed with autism- it did take care to show all of the different autisms and I appreciated that.
It was also interesting to see the abilities and challenges of the different levels of autism.

No matter who you vote for in America or Japan or the world, psychopaths (including those who support ASD inducing, chronic disease inducing, violent behavior inducing, intellectual disability inducing childhood shots while claiming only the "new shots" are bad" are gaining pleasure from screaming, sick, terrified children in mental hospitals, vaccine centers, emergency rooms and anywhere a C.I. or severe ASD could impact their prisonlike lives. "Hell is for children" has become even worse since 1986.

V.R. headsets being used to gruum children into vaccines to receive a virtual "shield" against some measly little cough cough: https://odysee.com/@januszkowalskii1979:e/The-Truth-about-Why-Are-They-in-Such-a-Hurry-to-JAB-EVERYONE:c