Home Donate Contact Us Special Reports Science Email Subscription 2021 RSS Feed 2021 Our Mission
How To Cheat and Lie with Vaccine Science: A Review of Turtles All The Way Down
Not Free to Say No

Hesitancy Is A Survival Instinct 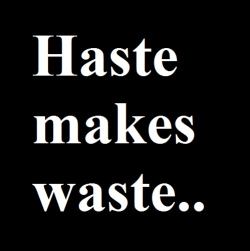 We invite you to subscribe to the Vibrant Life newsletter by Jennifer Margulis, PhD over on Substack. Below is an excerpt from a smart article on the benefits of vaccine hesitancy, a term derided in the media. Name another product where we should just jump in without thought?

The concern about “vaccine hesitancy” is everywhere: it’s populating mainstream media headlines and it’s all over Facebook, Instagram, and other social sites.

One popular “tweetiatrician” sarcastically thanked public health agencies for making his job that much more difficult, as today’s parents, concerned that the COVID-19 vaccines are not safe, are more reluctant than ever to follow his advice about childhood vaccines.

Indeed, a new study in Pediatrics found that during the pandemic, there was a 72% increase in the percentage of parents who agreed that vaccines were associated with illness or death (from 18.3% to 31.5%).

The study also found that the percentage of parents who agreed that vaccines caused harmful side effects increased by 6 percentage points: from 26.7% to 32.8%.

A recent article quoted the authors of the study insisting that “Pediatricians should therefore ask hesitant parents about their particular concerns and be prepared to address safety concerns.”

Yes! They absolutely should.

I see the rise in parents’ awareness of vaccine safety concerns, vaccine injuries, and death caused by vaccines as good thing.

I am a lawyer. My husband is a doctor. Our son was damaged by vaccines.

If only we had hesitated.

If only we’d asked more questions.

If only we hadn’t let our pediatrician scare us into following his orders and bully us into ignoring the fact that our son was less able to speak, less able to make eye contact, and more rigid about routine after every single doctor visit.

Hannah Poling’s parents went through almost the same thing. Only their daughter will need care 24 hours a day, 7 days a week, for the rest of her life. Dr. John Poling is a neurologist. His wife is a nurse and a lawyer.

The Polings were compensated to the tune of over $1.5 million, as reported by CBS News, after a no-fault court (paid for by taxpayer money) determined that her severe autism was the result of vaccines.

Doctors in the past always understood that parents know their children best.

When something goes wrong, it’s the parent—not the doctor—who is left picking up the pieces.

So when it comes to medical interventions, it seems doctors should embrace parents thoughtfully considering the risks and benefits of any treatment.

But in today’s world, in blatant opposition to the medical profession’s ethical guidelines, many pediatricians will “fire” parents who don’t follow the CDC’s recommended schedule.

As the parent of a vaccine-injured child, I am cheering over the news that more parents are taking vaccine safety more seriously.

What about infectious diseases, though?

No one wants contagious diseases to come roaring back.

And we’ve been told—relentlessly—that if parents say, “No, thank you,” to vaccines, or even if they space them out and follow a less aggressive schedule, we’re all going to die from the measles. Or polio. Or chickenpox.

Some Points to Consider:

Vibrant Life is a reader-supported publication. To receive new posts and support my work, consider becoming a free or paid subscriber.

So Many Legitimate Reasons to Hesitate About Vaccines

About the Author:
Nicole Johnson, Esq., is an attorney licensed in Georgia, Missouri, and Alabama. A children’s health advocate, she is also the co-director the Georgia Coalition for Vaccine Choice. Support independent journalism, vaccine choice, and medical freedom by becoming a paid subscriber to Vibrant Life.

The Truth about Wuhan: How I Uncovered the Biggest Lie in History
Shocking new insider information that shows what really happened in Wuhan, China, at the start of the COVID-19 outbreak and in the ensuing cover-up.

Shocking documentary about the video game industry and the frontal lobe - connections to ASD and its features? https://odysee.com/@januszkowalskii1979:e/The-Frontal-Lobe---What-the-Video-Gaming-Industry-Doesn't-Want-You-to-Know:8

Leftist BS about ASD truther websites, from "Thinking" person's guide to the most debilitating widespread childhood and adulthood disability ever: https://thinkingautismguide.com/useful-autism-organizations

From their very own website: "Autism organizations we DO NOT recommend" and at the very top of this list is "Age of Autism: Anti-vaccine, pseudoscience-embracing, cure-oriented parent organization that consistently spreads insupportable and dehumanizing information about autism and autistic people."