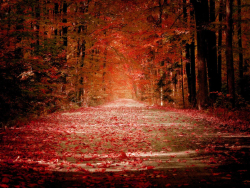 A breeze whipped this way and that as I drove through my neighborhood one morning last week.  I loved seeing the colorful fall leaves as they danced in the air in that breeze.  I continued to smile as I slowed down near one of the main roads.  Before I turned onto that road, I tuned out the news I had been listening to and glanced to the left of me.  A family was sitting outside enjoying the fall day.  Two children in cozy sweatshirts, pre-teens if I had to guess their ages, were happily tumbling down a hilly front yard.  Their parents laughed as the kids rolled and rolled.  Seeing them reminded me of something I said when I saw a big hill last weekend, “Wouldn’t it be fun to roll down it like a kid again?”

Changing the channel of the talk radio station as I drove passed the children, I stopped smiling.  An advertisement, sponsored by Pfizer and BioNTech was on again.  Every few hours, every single day, it’s the same sponsored ad:  Get vaccinated!  Get boosted.  Covid is still here.  And it’s not going away…

Neither are these annoying commercials going away, I thought.

I grumbled as I found some music to listen to instead.

Later that afternoon, I had a doctor’s appointment.  It had been months since the last time I thought to bring a mask anywhere with me, so I was completely taken aback when I saw a sign on the front door.

I didn’t have a mask.

So I walked in without one.

Heading toward the receptionist, I saw another sign.  It was still demanding but with a cutesy drawing:

(There WILL be a cute photo here if TYPEPAD ever works out the kinks in their media upload!)

That’s so last year, I said to myself as I looked around.

I was happy to see that other patients had been unaware of the mask request as well.  When I’d made the appointment two weeks ago, the scheduler failed to inform me that their practice was holding onto a covid protocol that many other places have dropped.  I may have considered the request had a mask been provided when I arrived to their facility.  I would have taken the request a bit more seriously, too, had the employees worn their masks over their mouths and their noses.  But when I encounter a ‘rules for thee but not for me’ attitude, I can’t and won’t feel the least bit guilty about not going along with the request.

Waiting for my turn to be seen, I sat in a chair closest to the exit.  I thought it would be best to keep my distance from the receptionist’s area and from other patients.  While some of us were unmasked, quite a few who arrived ahead of me opted to wear one.  As I waiting, another patient came in.  An older gal, she struggled to enter the clinic.  She had much more serious health problems than I did – with weight and what seemed like a heart issue.  Slowly navigating her walker into the waiting room area, she loudly announced to the young lady behind the desk that she did not have a mask.

Out of breath from the short walk from the front entrance of the building to the waiting room, she stammered, “It says… to wear a mask.  Do you have any…because…I…did not bring one.”

I felt a bit relieved that I was not the only who didn’t get the memo.

With her mask under her nose, the receptionists replied, “No, we don’t.”

Shrugging, the older gal attempted to sit down in the seat of her walker.  She also tried to catch her breath.  I was ready to assist her if needed, but the friend who’d accompanied her made sure to keep her comfortable.

Huffing and puffing, I am glad she didn’t have a mask.  Her arms were shaking, her legs were swollen, and tears began to well up in her eyes.  The woman was already having a very hard time breathing.  I can’t imagine she’d be able to breathe any better behind a layered mask.

Thankfully, no one gave her a hard time.

During my initial check in, it took a few minutes to update my information, to get my insurance card scanned, and to get directions of what to do next.  Not once did the receptionist, or any of the other employees, make a comment about me not having a mask.  When I was brought back to the exam room by the nurse, who was masked, no comment were made.  Throughout the visit with the doctor also, no comments were made.  The conversations I had that day at the clinic were only about the medical reason I needed to be there.

The entire time I was there that afternoon, and again two days later for some testing, the medical staff wore surgical masks.  That’s their prerogative.  I was still surprised, though, because it had been a month since the CDC quietly announced a change in the mask protocol.  One of many covid-related changes we’ve experienced in the last two years, it was well past time for it.

I wish I had asked one of the young techs her thoughts on it.  Why didn’t they go along with the CDC?  I wondered.  I didn’t discuss that with her, but I did have several great conversations with her on the day that I’d returned for testing.  Making chit chat, we ended up talking about our children.  I shared a bit about Ronan, keeping out any talk about vaccines.  Quite interested in what happened to him, I decided to focus on what we’d done to help him instead.  Our conversation weaved around education, vitamins, diet, and sleep.  Sharing some of her own medical history, she wanted to know more from me, including if we’d considered alternative therapies, like CBD oil.  That topic lead to another conversation about other alternative medicines and protocols.  Then we spoke about stress, disappointments during the pandemic, and the need to always do your own research.

When I’d first arrived to the clinic, I felt the need to be guarded.  It was so refreshing to speak so freely with a like-minded young person during that second appointment.  I think if we had more time to talk, I would’ve broached the subject of that vintage mask protocol they were still following.  I might even have asked her thoughts on the covid vaccine.  I won’t bring it up in certain situations or with certain people, but the vaccine has a way of always coming up.  It’s just like that sponsored Pfizer and BioNTech ad on the radio station, which I heard again on my way home from my appointment.

Sometimes you can’t help but talk about it.

I won’t go back to that clinic soon, but when I do return I’ll hope to have more upbeat and helpful conversations.  I’ll also hope to find out that the mask protocol will be relaxed for the medical workers who may wish to work without one.  I have a feeling that the tech, and maybe also the receptionist who never once wore her mask correctly, wouldn’t mind taking the mask off completely.

As always thank you! Cathy! I always keep Ronan/hero in my thoughts! Your brilliantly written pieces keep me grateful!!

Wear a mask if you want. Don’t if it will hurt. Same goes for stuff injected. Love you all!

Thanks Cathy ,good article. Unmasked and left bare naked from all fur coats, nae underpants elastic. tae share between the whole damn lot of them ! "Real science" versus "The science" It's simply not ping/pong or shinty or gouf/golf ! The science of the masks is on it's last gasp .

https//dailysceptic.org
The Daily Sceptic
Scottish Government Misrepresents Own Mask Guidance in FACT FHECk? check?by Falsely Denying it Now Regognises Masks Are Harmful , By Valerie Nelson 5/11/2022
And
NHS England Admits it;s Hospital Mask Mandate is Based on Modelling That Simply assumes They Work . By Will Jones- 5/11/2022
See https/www.anhinternational.org
The Alliance For Natural Health
Feature From YouTube To WHO-Tube 2/11/2022
Why we ["Will!"] must win the fight for independence from the medico-political complex;
Includes an interview about . Theongoing persecution of Dr Jackie Stone .
Excellent commenter links to film ,
https//www.oraclefilms.com/alettertoandrewhill.

The football manager in ma family used to say to us " Tell them to hold that last result ,because their ball is up on the slates so their games a bogie!" Eddie Turnbull married to Carol Gunn .

The Unvaccinated Will Be Vindicated: A 100K Thank You to the Citizen Heroes of Our Time
https://vigilantfox.substack.com/p/the-unvaccinated-will-be-vindicated

Thank you Del for putting the video together.

Lots of detailed info on myocarditis death in youths towards the end.
Pharma hates this man. Telling the truth in the Kingdom of Lies is a dangerous thing.

Great Article and Point of View. There are more of us than them. And they and those who follow them need our money for their practices. My autistic son sees his regular peditrician 1 x a year. Years ago we had the vaccine injury story/conversation. She did not say much but shook her head in semi agreement. Ever since then no more questions about Sam needing to be up to date on his CDC recommended vaccines. They know I can take him elsewhere or even pay out of pocket for a private doctor. They gladly will see him once a year no questions asked about vaccines and gladly bill our insurance company and that is fine with me. Masks are really not a big issue here in Texas, at least for now.
Blessings to all!
G. Martinez

We are seeing the beginning of a Great Awakening among certain groups.
I had a similar experience today talking with a new member at my church.
Very encouraging.