The Defender: 14-Year-Old Leads ‘Miserable Life’ After Being Injured by Vaccines as an Infant 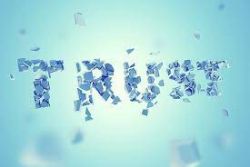 From The Defender: Exclusive: 14-Year-Old Leads ‘Miserable Life’ After Being Injured by Vaccines as an Infant

This will not be an easy article to read, so many of us know the heartache all too well. We trusted. We did not know we were gambling. You can subscribe to The Defender from CHD HERE.

Laura Chicos, now 14, leads “a miserable life,” according to her mother, with allergic reactions to “almost everything,” including but not limited to food, dust and environmental contaminants.

Over a period of 15 years, Ines Chicos, Ph.D., a research coordinator with a doctoral degree in psychology, built a bright scientific career.

Laura, now 14, leads “a miserable life,” according to her mother, with allergic reactions to “almost everything,” including but not limited to food, dust and environmental contaminants. This forces Laura, who experiences difficulty eating, to follow a strict diet. The allergies also interfere with Laura’s studies.

In an exclusive interview with The Defender, Chicos discussed her daughter’s injuries and the challenges she faces today.

She also detailed her family’s mostly unsuccessful efforts to obtain justice and get answers for Laura. Extensive documentation provided to The Defender corroborates the family’s claims.

Laura previously had received the hepatitis B vaccine and Vitamin K at birth — the former without her parents’ knowledge, according to documentation provided by her family.

According to her mother, Laura “got a rash on [her] body within one week of vaccination, bloody eczema on the face and elbow creases within three weeks of vaccination.” Her eczema would then flare up over time.

A medical history provided by Laura’s family stated that she experienced a “severe skin reaction after the 2 months vaccine and probably became allergic to [the] injected ingredients,” adding that she tested allergic to cow’s milk, yeast protein and eggs prior to reaching age 1.

Although stopping cow’s milk and eggs “helped her symptoms,” according to another medical report, she continued experiencing allergy flares “on and off.”

Chicos continued to allow Laura to be vaccinated despite her being allergic to some of the ingredients in the vaccines, particularly Pediarix. According to a medical history provided by Laura’s family though, “as per pediatrician, no allergy test was done [at the age of 4 months] because she was too small.”

Laura received DTP doses at 4 and 6 months old, and four total hepatitis B doses. When she was 6 months old, Laura again received the DTP and hepatitis B vaccines and she was introduced to solid food. Allergy symptoms were still “waxing and waning.”

Chicos told The Defender, “It is known that eczema is an allergy to yeast protein, which is [an] ingredient in the Pediarix [DTP] vaccine,” while one of the known side effects of Pediarix is seizure. Laura had her first unprovoked seizure when she was 9 months old.

A February 2021 medical report from the Comprehensive Epilepsy Center indicated that on Oct. 1, 2008, doctors “observed jerks” which were “always [on] the right side of the body at first, and could have [the] left eye deviated inward.”

These seizures began to recur, approximately 45 minutes following meals, and an EEG showed “mid-temporal spikes,” leading to a diagnosis of myoclonic epilepsy in December 2008.

This was followed up by a February 2009 diagnosis of “generalized epilepsy,” following a three-day hospital stay. An MRI at around this time also found a pineal cyst.

Laura’s medical history indicated that her seizures, which began three months after her last dose of Pediarix, are aligned with studies showing it takes up to three months to develop antibodies to the vaccine.

In addition to the vaccine injuries that may have been triggered by Pediarix, a medical history provided by Laura’s family indicated “she ended up with four hepatitis B vaccines, for which there were no safety studies,” while legal documents filed by her family in 2019 stated that “studies concluded that [the] hepatitis B vaccine induces impairments in behavior and hippocampal neurogenesis.” Read the full article here.

Digital Hell created by brain-computer interfaces in the M0TB jabs and related tech - you'll be living in filthy shipping containers IRL, unable to die (hydra vulgaris and CRISPR) and plugged into a lame, terrifying replay of the fallen world in VR.
https://rumble.com/vs51k0-a-brave-new-world-satans-end-game.html

And ASD children (and "neurotypical" ones) are being softly and slowly plugged into this via virtual worlds for decades. Same electronics and internet that brainwashed our youth into BLM, porn/pornographic "entertainment"/fanfiction and communism alongside unfettered virtual "learning" rather than hands-on activities. The virus is a complete lie.

What is the true cost of a "safe and effective" HepB jab?"
Have you ever heard of Willowbrook Mental Institution on Staten Island, New York?
Those children have a story to tell.....

Willowbrook Mental Institution – Inside America’s Most Infamous Asylum
"Opened in October of 1947 under the name Willowbrook State School, it started with just 20 patients but by 1955 it had reached its capacity of 4,000, and by 1969 there were over 6,000 residents.

Originally many people wanted the buildings to house disabled veterans from the recent World Wars, but Governor Thomas Dewey felt that the location would better serve those in society, especially children, who were “feeble minded” or needing highly specialized care. What they got was neglect, abuse, and disease."

"There was little funding, which resulted in low staffing and lack of essential items such as clothing and hygiene supplies. Showers were few and far between with no soap or towels available.

As there was no planned structure for their care, patients were left to wander the halls on their own. They sometimes grouped together in corners, and many were left to sit in their own faeces or urine. Lack of clean clothing caused some patients, especially the children, to live naked."

"Dr. Saul Krugman, a New York physician, and Dr. Robert W. McCollum of Yale University were attempting to develop a treatment for hepatitis (B) and used the Willowbrook residents to as experimental subjects, with no consent from the patients or their families. While they were successful in developing treatments for hepatitis and measles, many in the medical community were abhorred by their methods, which ignored patient’s legal rights to good medical care.

A talented young politician, Robert F. Kennedy, compared the institution to a “snake pit,” but his assassination in 1968 left the country with one less powerful advocate for mental illness."
https://www.thevintagenews.com/2019/01/04/willowbrook-mental-institution/?chrome=1
READ THE REST! Includes photos and video.

"Mentally retarded children housed at the Willowbrook State School in Staten Island, New York, were intentionally given hepatitis in an attempt to track the development of the viral infection. The study began in 1956 and lasted for 14 years.
The researcher also wanted to determine the effectiveness of gamma globulin injections as protection against hepatitis. They justified their deliberate infections and exposures by claiming that given that there was a high rate of infection in the institution it was practically inevitable that the children would become infected.
In a series of letters published in a journal there was a discussion of the moral nature of the experiment. The issues include : the vulnerability of the test subjects, interference with informed consent and the non-therapeutic nature of their experiment for their subjects.