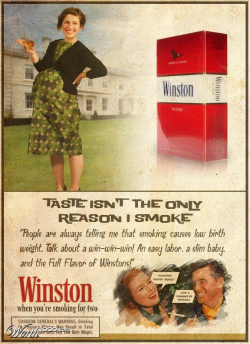 My daughters were born between '94 and 2000. I was forbidden so much as an aspirin by my doctor. I used to avoid the lunchroom at my office when the microwave was in use. Anyone remember the Safeminds campaign to stop flu vaccines in pregnant women a dozen years ago? The Defender from Children's Health Defense has stories from around the world, including the one below on Pfizer's voracious greed targeting pregnant women. We are a content sharing partner with CHD.

Buoyed by the successful global marketing of its COVID-19 vaccines, Pfizer is teeing up to dominate the maternal vaccine market even as OB-GYNs on the front lines of maternal care sound the alarm about the COVID-19 shots’ infanticidal fallout.

On Nov. 1, Pfizer issued a press release about an investigational vaccine for pregnant women the company said will protect babies from respiratory syncytial virus (RSV).

Not coincidentally, RSV is the latest viral bugaboo to hit the headlines, with frantic news accounts of “overwhelmed” hospitals sounding eerily reminiscent of the early coronavirus fear-mongering.

Buoyed by the successful global marketing of its COVID-19 jabs — an estimated 49% of pregnant women worldwide reportedly views the vaccines favorably and almost 1 in 4  pregnant women in the U.S. took them — Pfizer is hoping to hit another home run with the RSV vaccine.

The vaccine maker said it intends to seek U.S. Food and Drug Administration (FDA) approval by the end of the year.

The FDA, meanwhile, has been busy handing out “Breakthrough Therapy” designations to Pfizer as if they were papal dispensations, signaling a regulatory willingness to speed up approval not only for Pfizer’s RSV vaccine but also for a maternal Group B Streptococcus (GBS) vaccine the company is developing.

To this expedient end, the FDA allowed Pfizer to “stop the [RSV] study short,” halting enrollment at about 7,400 participants — though the trial was supposed to involve 10,000 pregnant women.

Researchers devoted to vaccine orthodoxy pay lip service to the need for an extra-high evidentiary bar for pregnancy vaccines — stating that such vaccines should not only prove they reduce illness, with minimal reactogenicity in the woman, the fetus and the neonate, but should also “demonstrate safety or lack of evidence of harm.”

However, those turn out to be empty words.  Read further after the jump.

With contributions from eminent doctors, scientists, and experts in their fields, Lies My Gov't Told Me offers a comprehensive look at the coronavirus pandemic–where we are today, how we got here, and what's on the horizon. Challenging the mainstream government-pharma-media narrative, the chapters in this book will not only outrage readers but will also inform and give readers hope.

In fact, the influenza and Tdap (tetanus-diphtheria-acellular pertussis) vaccines that public health agencies have long recommended for pregnant women never underwent any clinical trial safety testing in that population, and the FDA never licensed those vaccines specifically for pregnant women.

Moreover, flu shots and Tdap shots have never even resulted in any statistically significant reduction in the outcomes they are supposed to address.

With the advent of Emergency Use Authorization COVID-19 vaccines, the FDA, Pfizer and other manufacturers barely made any pretense of assessing maternal safety, and likely “colluded together to conceal damaging data” about high rates of fetal death.

Other researchers, however — and even vaccine insiders — began to speak out in 2021.

For example, Canadian researchers writing in late 2021 worried that many of the systemic reactions commonly reported after COVID-19 vaccination might be “sufficient to affect fetal/neonatal development.”

Those authors included vaccinologist Byram Bridle, Ph.D., who earlier in 2021 characterized the COVID-19 vaccines’ disturbing biodistribution and accumulation in vital organs as “a big mistake,” and neurology professor Dr. Steven Pelech, who expressed repeated concerns about myocarditis and the vaccines’ risks to young people.

Now, as horrified pregnant women who took the COVID-19 jabs experience skyrocketing miscarriages, stillbirths and fetal malformations, they are wondering why regulators issued no warnings.

But as Pfizer’s exuberant RSV press release and the FDA’s complacent endorsement of clinical trial shortcuts suggest, vaccine makers and regulators not only intend to ignore or bulldoze even the most outsized safety signals but are clearly positioning themselves to go after pregnant women in an even bigger way.

Commenting on Pfizer’s announcement, family physician Dr. Buzz Hollander — who clarified that he is predisposed to celebrate the new RSV vaccine offering — nonetheless noted a number of serious criticisms:

Hollander’s modest conclusion: “We should have all learned by now that even the appearance of cutting corners in the vaccine approval process will carry its own unknown costs.”

Readers reacting to Hollander’s post were less circumspect. One acerbically remarked, “The problem here is Pfizer. They’ve paid billions in fines for shady practices and data manipulation. And that was before the Covid vaccines (for which they’re indemnified).”

Another reader expressed his reservations even more succinctly: “Trust Pfizer numbers? You must be joking.”

As Pfizer, with the FDA’s help, tees itself up to “dominat[e] the maternal RSV vaccine market,” OB-GYNs on the front lines of maternal care are stepping forth to sound the alarm about the COVID-19 shots’ infanticidal fallout.

Dr. Kimberly Biss recently tweeted, “Since the vaccine rollout started, we have seen in our practice a decrease in new OB numbers, which would be infertility, by about 50%; we’ve also seen an increase in miscarriage rate by about 50%, and … probably about a 25% increase in abnormal pap smears as well as cervical malignancies.”

Asked to comment on information recently leaked from a California hospital, Thorp characterized the uptick in fetal deaths — from under 6 per 1,000 in 2020 to more than 29 per 1,000 following the rollout of COVID-19 injections — as being “way way beyond” what the Centers for Disease Control and Prevention ordinarily would consider a safety signal.

Thorp published a preprint in September (along with co-authors who include Children’s Health Defense’s Megan Redshaw) describing “significantly more frequent” pregnancy-related adverse events reported to the Vaccine Adverse Event Reporting System, or VAERS, after COVID-19 shots than in the aftermath of flu shots — which themselves are far from benign.

For children who survive, Thorp suggested they may suffer from lifelong “vaccine-induced acquired immune deficiency syndrome.”

In Scotland, meanwhile, the government ordered an investigation into the “spike in newborn baby deaths” in 2021 and 2022, an increase “larger than expected from chance alone.”

Even in a gerrymandered study clearly designed to exonerate the COVID-19 shots during pregnancy — focusing on immediate reactions after a first or second dose and hampered by “limited perinatal outcome assessment” — researchers found that 4.4-7.5% of pregnant women reported obstetrical symptoms.

As Substack writer Etana Hecht wrote last May, “The topic of pregnant and nursing moms getting vaccinated under encouragement and coercion is painful,” particularly once one becomes aware of “how carelessly the most precious among us are being treated.”

That carelessness is evident as we witness some of the same players involved in the COVID-19 vaccine fiasco now circling back around to help build the case for Pfizer’s RSV vaccine.

That includes figures such as Dr. Robert Frenck, the Pfizer-beholden principal investigator of the Cincinnati Children’s Hospital clinical trial that tested the company’s COVID-19 shot in children. Frenck reported 12-year-old Maddie de Garay’s serious vaccine injuries to the FDA as a mere “stomachache.”

Graphs clearly show that none of the vaccines pushed on pregnant women are safe for babies or moms — but given that from one-fourth to one-half of pregnant women acquiesce to getting them, those who know the truth need to work even harder to get the word out.

Benedetta,
Video games are obviously much easier to do than truck driving. Truck driving isn't "autism friendly" but video games are. I don't want to demonize the family friendly videogame industry, since not all video games are overly violent or lacking in educational value. But you can't just hop on a truck and drive it, like you can pick up and play games on a Nintendo Switch/3DS/DS/etc.

Leftists blame autism on genetics while rightists blame it on bad parenting/laziness. Neither have any clue about the actual crisis.

Malone has another article out that came over my email. It is about finance, demand and supple.
In the article it says a lot of people retired and the Z generation did not go into truck driving and other such jobs, but stayed home and played video games.

What Kim has Mark Blaxwell being saying in all of his recent speeches? It is now upon us.

An expert's view on this topic:
https://rwmalonemd.substack.com/p/board-certified-obstetrician-cries-156?utm_source=post-email-title&publication_id=583200&post_id=83748755&isFreemail=true&utm_medium=email

“They were not as attentive, or at least not performing as well as we normally have seen,” Deoni said. It was this change that prompted him to take a new look at various data points gathered from the nearly 800 children his facility has worked with in recent years. After examining their neuroimaging and neurocognitive results, he and his team found child motor and language scores decreased sharply in 2021 and 2022, prompting them to search for an explanation for the decline."
https://news.yahoo.com/alarming-research-shows-babies-born-140100320.html?guccounter=1&guce_referrer=aHR0cHM6Ly9kdWNrZHVja2dvLmNvbS8&guce_referrer_sig=AQAAAN1AkzO_IgobFeberePaOMyts6LVsY_RL0YU5lPq9q_8XQxFbBUXQpHlvTAMoyHStSbzmIxFYInPtU9dr1YIpJACgZWNRw_eYiEOlSMUdBXP9uXreHl_jLMZ97BvI1r4PTubRo4HvrwY_KUZ7Vkk9QnXHPCaMr9L96d1C70ij3VV They will never look at the Covid 19 jab connection....

"My daughters were born between '94 and 2000. I was forbidden so much as an aspirin by my doctor."

Same here. Too bad I didn't think to continue that same logic after my children were born. I insisted on getting them jabbed. I admit the vaccine brainwash was strong. Sadly, I have a Covid era jabbed great nephew with delayed speech and growth. The mom works at a college and is totally vax brainwashed. In fact, no jab, no job. Tragic.