Home Donate Contact Us Special Reports Science Email Subscription 2021 RSS Feed 2021 Our Mission
Another Frustrating Report About Mothers and Autism
The Defender: 14-Year-Old Leads ‘Miserable Life’ After Being Injured by Vaccines as an Infant

Autism Is Driving the Collapse of Schools in UK 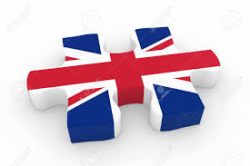 The stories about schools in the U.K. on Loss of Brain Trust  are all about an education system that’s collapsing. Just looking at headlines it’s clear parents have to protest because of the lack of services for special needs kids.

* the U.K. special education deficit is forecast to reach $2.7B by 2025.
* children are left out of school due to a lack of special school places.
* more special schools are announced every single day across the U.K.
* children wait YEARS just for an assessment to get services.

Here’s what we’ve recently been told:

There isn’t a consolidated and published picture of high-needs deficits, but we know from recent surveys that the national picture is forecast to be around a £2.4 billion [$2.7B] deficit by March 2025. To put this into local context, one local authority member was supporting 3,290 EHCPs in January 2018. It’s 5,323 today, with a further 923 in process. This phenomenal rise is not only creating a pressure on high-needs budgets but on schools, where it really matters. Special schools are overflowing and mainstream schools are having to meet an unprecedented level of need. The recent announcement of £2.6 billion [$3B] of capital funding is welcome but it is nowhere near enough. It’s all about autism really. Here’s what Schools Week published:
Over half of the children and young people in special schools have a primary or secondary need of autism. For children in early years specialist settings, the figure is 65 per cent. 65% of the youngest kids in special ed are on the spectrum, AND stories regularly tell us that more children have SEVERE autism. Autism is driving this collapse—something no one in charge will focus on. In truth, over the last two decades we’ve been conditioned to accept that the autism rate is always going to increase. Likewise we expect to be told, each time there’s an update, that officials are not sure if this increase means more kids have autism. It just may still be the result of better diagnosing and greater awareness. There’s never a challenge to that assurance.Eventually there simply won’t be enough money to fund special education, regular education, and pay for the tidal wave of young adults aging out of the system at age 25 in the U.K. Maybe that will be the wake up call—FINALLY.

"Is the COVID era over? At Yale University, not remotely. The Ivy League institution has issued a message to enrollees of the Spring 2023 semester. All must take a shot of the bivalent COVID-19 vaccine booster in order to attend.

The purpose of the requirement seems unclear, since neither the vaccine nor the booster prevents anyone from getting COVID, much less transmitting it."
https://www.wnd.com/2022/11/ivy-league-university-requires-spring-2023-students-get-new-covid-boosters/

Christianity and decent American culture is being replaced with fanfiction, Twitter, neurodiversity movement, and disgusting modern culture and the normalization of suicidality/depravity/porn normalization/severe autism/internet addiction, mental hospitals, and psychiatry. Evolutionary theory and atheist/humanist concepts got legalized in U.S. public schools -- and atheism became normal in children's shows and entertainment- as a replacement for Christ.

Tucker Carlson is totally silent about the autism epidemic and its massive, mostly negative impacts on society and culture, let alone its root cause. Gen Z is known to some as "the most autistic generation in history" next to "the entitlement generation" and "the TikTok/Tumblr/Communism generation".

If you leave the U.S. on an international flight, how can you return without being "fully" vaccinated?
Doesn't make sense. The jab doesn't stop transmission and does not reliably prevent you from getting Covid. The jab has health risks greater than Covid risk for many people.
What is Biden's motive for doing this at all?
Southern Border Crossers are not required to get vaccinated and they got a free plane ride to Martha's Vineyard!
RESIST ALL JAB MANDATES

Biden's recent ruling on the covid vax is for people entering the U.S from other countries, not for US people traveling out of the U.S. As he states-until Jan 8th, 2023. The U.S is the only country making this ruling at this time.
Maurine

According to today's The High Wire show, Biden yesterday directed the TSA to require "full" vaccination before getting on an international flight originating in the U.S. Supposedly this would last through the holidays and end early January. Yeah, right. Just like "flattening the curve."
If we don't speak out about this now, it will be a green light to return to mandatory jabs for everything.
thehighwire.com The Jaxen Report

Sadly, I think the plan is to make sure all the "useless eaters" stay up to date on their Covid 19 type jab.
The solution to their "problem." There is nothing new under the sun.