Another Frustrating Report About Mothers and Autism 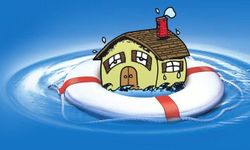 I read this summary on the SafeMinds site yesterday, and was dismayed.  A Mother's Depressive Symptoms did not lead to behavioral changes.... Really? Mother’s Depressive Symptoms?  Of course caregiving takes a toll. We're often (chronically) exhausted, maybe even moody. Like RIGHT NOW! The answer is much better support for families. Schools that do their jobs properly. And doctors who have a clue about autism and biomedical issues that cause behavior. And a radical change in the American diet that wreaks havoc on behavior. Medical choice that doesn't make us pariahs. Acceptance is LOW on the list.  Isn't it nice to be patronized, and told we aren't making matters worse by our human response to the stresses, challenges and work of caring for our children? Click on the inventory of depressive symptoms and TRY not to laugh out loud or throw your shoe at the screen.
###

However, a Mother’s Depressive Symptoms Did Not Lead to Behavioral Issues in Their Kids

A new study published in the journal Family Process has discovered that about half of mothers of children with autism experience high depressive symptoms. This study included 86 mothers and their children, ages 2-16. Half of the mothers involved in this research had children on the spectrum. All mothers were repeatedly assessed over 18 months using the Inventory of Depressive Symptoms, a self-reported scale. Each mother also reported on their child’s behavior using the Child’s Challenging Behavior Scale, which measures tantrums, aggression, and defiance. While 50% of mothers of children with autism had elevated levels of depressive symptoms, only 6% to 13.6% of mothers of typical children experienced symptoms of depression. One of the study’s most striking findings showed that while a child’s behavioral problems did serve as a predictor for mothers experiencing depression, depressive symptoms in a mother did not lead to behavior issues in children. Interestingly, this observation did not depend on whether or not a child had a diagnosis of autism. Lead author, Danielle Roubinov expands on this research stating, “The finding that maternal depression does not lead to worsened child symptoms is especially important for mothers of children with ASD to help alleviate guilt many mothers feel about their children’s diagnosis and behavior problems. We hope these findings will reassure mothers that it’s both common to struggle with some depression in this high-stress situation of chronic caregiving and that their depression likely isn’t making their child’s behavioral issues worse.”

I find it interesting that they only looked at the mothers? What about the fathers? While it was a backhanded pass at mothers it still sends the message that moms are the first target. I thought the Refrigerator Mom theory was debunked decades ago yet somehow it manages to subtly creep back in.

Any mother who has a child/adult with autism is overwhelmed, burned out, stressed, anxious, worried, grief stricken and just very sad-so of course they are suffering from depression. Our way of life is not like the lives of mothers who do not have such a demanding disability. What we mothers need is Research into medications that can address the core symptoms of autism and correct or CURE this neuroimmune illness they are suffering from. Please read Dr. Michel Goldberg's book "The Myth of Autism," published by Skyhorse Publishing to see that he is saying the answer is clinical trials for medications called immune modulators. He needs all our help to get the word out to whoever can help in this effort now.

I read this as saying that mothers' depression is NOT the cause of autism or autism behavioral symptoms. I think they are pre-bunking the usual "blame the mother" approach here, not dismissing the problem.

Instead of spending all that time and money on the study, they should have sent some research assistants over to the mothers houses to babysit and let the mothers take a nap.