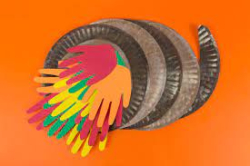 Cornucopia means "horn of plenty," and is associated with abundance. In this case, too many children with disabilities. Building more schools, while necessary, is not the answer.

It’s Time to get really worried about what’s happening to our children, especially if you live in Britain or Ireland. As much as experts and officials want to dismiss any problems with comfortable phrases like, “better diagnosing,” “no real increase,” and “neurodiversity,” statistics don’t lie. Ever-increasing numbers of disabled kids are going to bankrupt the system.

Here’s a sample from the past week:

Kansas: One in every six students receives special education services.

Liverpool, England: “A report in Spring said more than 4,000 children in Liverpool have educational health care plans (EHCPs), an increase of 46% since 2019.”

Oxfordshire, England: ‘The council highlighted the nationwide issues in this area, including forecasts that show Oxfordshire will have a £47.3 million [$56M] SEND deficit by March 2023.”

Dudley, England: “Dudley Council is hosting two information sessions about its £15millon [$18M] investment in the Pens Meadow [special] School to be built on the site of the former Pensnett High School.”

“When built, the school will provide education for 155 children and young people aged three to 19 years.”

Devon, England: “Liberal Democrat councillor Julian Brazil’s comments come after the council’s finance chief admitted Devon is now ‘an outlier’ for a rising overspend on special educational needs and disabilities (SEND), with a combined three-year deficit on the service projected to be £124 million [$148M] by April 2023.”

“The council is also warning it faces a budget shortfall of £75 million in the next financial year, with costs spiralling due to inflation and surging demand for supporting vulnerable children and adults.”

“On the projected £124 million [$148M] SEND overspend, the council says it continues to await the outcome of a ‘safety valve intervention’ programme with the Department for Education, which could involve money to help plug the financial black hole along with reforms to the system.”

“Cllr Brazil said: ‘It is a national problem but we’re one of the highest and I think the problem with it is that the overspend has just been getting worse and worse … It’s totally unsustainable for that to continue.

“‘As far as I can see, the council don’t have any coherent plans to address that issue and we will just continue to rack up the debt and inevitably go bankrupt.

“In a statement, Cllr Hart said in response: ‘Devon is not alone in facing severe financial difficulties, with costs for caring for vulnerable adults and children soaring. Four in five councils across the country with responsibility for these important services are all reporting the same thing.’”

Britain: “Ministers are considering a U-turn on plans to force councils to fill a huge black hole in school budgets next year, as some local authorities say they risk bankruptcy.

“Soaring demand for support for pupils with special educational needs and disabilities has left councils with a £1.9 billion [$2.3B] deficit on everyday school funding, according to Local Government Association (LGA) estimates. …

“The LGA then warned councils faced ‘existential crisis’ amid £2.4 billion [$2.9B] a year of unforeseen energy, pay and other costs.

Ireland: “A recent survey by the IPPN found that more than four in five – 87pc – of primary principals nationwide have redeployed a special education teacher to stand in in a mainstream class.”

Britain: “Just one in four special educational needs students remain in employment a year after their supported internship has ended, FE Week can reveal, prompting calls for more dedicated aid for the scheme.”

“The DfE has committed £18 million [$21M] over the next three years to nearly double the numbers taking advantage of the scheme, with ambitions for 4,500 on programmes each year by 2025.

“But data released to FE Week under the UK’s Freedom of Information laws has revealed that just a quarter of students on supported internships found employment in the year following completion.

“The internships have steadily grown from just 216 starts in 2013/14 to 2,499 starters in 2020/21, with that most recent intake representing a near doubling of the 1,291 seen four years prior, suggesting that the government target is achievable.”

“The school in Taybrooke Avenue is commissioned to provide 25 places offering additional resourced provision to children with autism, which in 2021-22 were full.”

Glastonbury, England: “PUPILS at St Dunstan’s School, Glastonbury, have marked a significant step in eco-building by burying a time capsule on the site of their new Autism Spectrum Condition (ASC) base….

Leicester, England: “A Leicestershire mansion could be turned into a school for children with special educational needs….

“If approved, the school would provide spaces for 60 pupils aged between five and 11 years old, while 40 full-time and 10 part-time staff would be needed to run it.”

“According to the GOV.UK, Special educational needs (SEN) in England for academic year 21/22 are just under 1.5 million pupils in England.

New Zealand: “A principal says a plan to ramp up support for high-needs learning in schools is only ‘opening the door’ to the growing challenges and will need “substantial investment” to hold it together.

“Associate Education Minister Jan Tinetti today announced the findings of the Higher Needs Review, conducted over the past year drawing over a thousand submissions and which she said would assist about 30 per cent of all pupils.

“The Government spends $1.2 billion [$7.4B U.S.] a year on learning support, yet lots of those with the highest needs were missing out, she said.”

Ireland: “’More than 10,000 children are currently on a HSE waiting list for mental health treatment with more than 4,000 of these waiting over a year for an appointment with professional services,’ Mr Clerkin said. ‘That doesn’t include all those children who don’t meet the criteria to be placed on a waiting list.’

“The needs of these children go far beyond what schools can provide and are being ‘failed’ by the system.”

Why isn’t anyone worried about all this?

With contributions from eminent doctors, scientists, and experts in their fields, Lies My Gov't Told Me offers a comprehensive look at the coronavirus pandemic–where we are today, how we got here, and what's on the horizon. Challenging the mainstream government-pharma-media narrative, the chapters in this book will not only outrage readers but will also inform and give readers hope.

Under the guise of "saving babies and children" by the "Joaquin Party" (Republican Party), both parties (Joaquin and Boaz - Red and Blue) are setting stage for the vaccine/CRISPR-edited, MRNA hybrid Nephilim children to be born - to terrorize America, Japan, UK and all world powers who have been jabbed: https://rumble.com/vpnaxi-birthing-a-new-race-the-apex-of-new-atlantis.html

This man tortured and force-fed Ensure and non-halal meat to ordinary Muslim citizens - who didn't commit crimes nor were part of any ISIS/such groups. And he is solidly pro-Nephilim rebirth and pro-childhood-vaccine. The Rav Shlomo Yehuda of Florida? https://healthimpactnews.com/2022/ron-desantiss-military-career-torturing-prisoners-at-guantanamo-bay/

While the ASD therapy industry and childhood vaxx industry blooms like a stinky ugly rose, The Vatican's "Top Gov" (look up "Top Gov" on Gematrix/Gematria and see the equivalent results) is busy cosplaying as an air force pilot while pretending the ASD epidemic will magically disappear with spanking/discipline as he's solidly provaxx just like Trump, Obama, Musk, Biden etc on both parties.

Is the USA really a nation from the God of the Bible? You decide: https://healthimpactnews.com/2022/the-myth-that-the-two-party-democrat-vs-republican-choices-bring-different-results-through-elections/

"Thats some of the headlines but where are the Press ?It should be on every frontpage news outlet,vsays it all the cartels and phamilys who own the meds own the media, sheesh now! "
Infuriating and terrifying that our "free press" is privately owned, burying the story.

"Thank you so much, Anne, for your untiring work exposing the continued increase in Special Education, especially in UK."
Such important work to expose this unnatural disaster. How can we get decision-makers, anyone to pay attention?

Sheesh will you! its nothing to do with vaccines...

Nearly half of all youngsters now suffer poor mental health as rate DOUBLES over 15 years, study suggests
Proportion of young people with mental health issues almost doubles in 15 years
44% of Year 11 children in 2021 were found to have 'probable mental ill health'
The UCL and Sutton also found that 11% of schoolgirls had attempted suicide

I’m not sure how many Christian Conservatives are “playing victim”. This waxes of a “crisis actor” trope to me. In any event, I do not identify as either Christian or conservative, but I do know: as do the Pollings, the Bridges, the Handleys, the Hookers, the Tommeys, and on & on & on that vaccine induced “autism” is very real, and very devastating. Peace & blesssings to you Bill!

Thank you so much, Anne, for your untiring work exposing the continued increase in Special Education, especially in UK.

I rarely post on Facebook, but I always copy your articles there in an attempt to make people aware that this is an ever increasing catastrophe.

It appears that no government department is addressing the all important question 'Why the increase?' The only problem they seem to be addressing is how they can manage the budget.

Thats some of the headlines but where are the Press ?It should be on every frontpage news outlet,vsays it all the cartels and phamilys who own the meds own the media, sheesh now!

Tucker Carlson blames the rise of puberty blockers, Japanophilla, mental health drugs, and youth communism on "bad parenting/lack of spanking", while RD has never jailed a SINGLE parent in FL who willingly injects MRNA (or any other shot) into their child. Someone works at a school where we live, she told us that a "healthy" teacher suddenly collapsed and was rushed to the hospital, and several children feel physical pain in their hearts. This never happened before the O.W.S. shots were rolled out where we live. I never took any at all nor the PCR test.

Controlled opposition as UK collapses. Both political parties will destroy each other. As the new LGBTQ debates rage on both parties, democrats praise autism as "neurodiversity" while republicans pretend autism magically disappeared with C0VID. Democrats and republicans both make huge money from pharma, even as they villainize disgusting TikTok but say nothing against Elon Musk.

The absurdly Liberal definition of "disability" in wealthy Anglo-French speaking countries like the US and mainland France ticks me off, even countries like Japan and Germany the definition of what conditions are considered a disability is getting increasingly minor. The main "disability" is now 'autism". Conservative Christian parents can use a liberal psychologist/psychiatrist over used diagnosis term "autism" to play victim and to promote anti-vaccine conspiracy theorist which is a strange paradox.