V is for Vanish 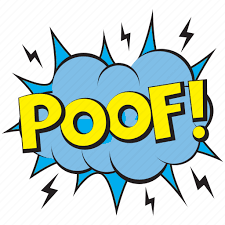 NOTE: Our Typepad platform had tech issues yesterday. If this post looks wonky, that's why, and we'll fix it as soon as able.  Thanks.

I had a different idea for this week’s Sunday post, but after scrolling through FB on Friday evening I changed topics.

Joshua Coleman has been an advocate in our community for several years.  Dad to a son with vaccine injury, he took his advocacy, and his talents, to the streets with V is for Vaccine.

When able, Josh records his efforts and quickly shares what he’s learned with other.  I’ve always appreciated that about him.  While I stay home taking care of my family, Josh and hundreds of other advocates have shown up.  To the state capitol.  To Disneyland.  To Broadway.  To the races, national conventions, and more.  I’ve gotten to watch a few events as they were livestreamed.  Standing in solidarity, sometimes in silence, it’s incredible to see.

When I’ve missed a livestream, I can’t wait to watch the recorded video later to see who was there, to hear what was said, and to also thank God for the bravery of those present.  Some of those videos can be found here. Parents For Healthcare Rights - YouTube If you're Joshua Coleman, your photos and videos are very creative and informative.  They feature parents, supporters and the public.  They have been shot at small events and at blockbuster venues.  Those who partake in the rallies have made local headlines and have even found their way onto news segments in mainstream news.

Uploading videos to the YouTube platform is commonplace, unless you're someone like Joshua Coleman though.  Before his work is completely removed, head over to his channel and watch what he and groups like V is for Vaccine have done.  Josh has reported that his videos are now slowly being taken down.  If you appreciate what you see, tell him thank you.  And please consider supporting the incredible efforts these parents are doing on behalf of so many.

As kids and teens become more dangerously violent from ASDs, the "Black Cube" tucks them away - in the classroom where others can see it! Schools/ESE Classrooms are increasingly psych wards/prisons.

This sensory room in Ireland? My first thought: "This looks like a filthy, blue-as-the-ocean bedroom without an actual bed. And the sunshine's being blocked by ugly blank paper." Barely any posters nor pictures on the wall, beige bricks with "stars" shining on them. Sad in my opinion. I've seen AMAZING sensory rooms with bubble tubes, nature themes and neon colors, but this one is ugly as hell.

Youtube forbids any speech about vaccines and ASDs, but the UK has a much larger, much more chronic crisis predating the massive spikes in winter fuel costs: https://www.lossofbraintrust.com/post/uk-economic-crisis-results-in-catastrophic-lack-of-services-for-disabled-kids

Many of the videos from Congressional Autism hearings and those that Josh has done for Vaxxed need to be saved to one location so they are not lost forever.

Many times a one or two minute clip will be watched by many, where a 20 minute clip, even if well done, will not be nearly as popular.

V is for Vaccine has been a brilliant PR campaign. Taking the message directly to the streets.
Takin' It to the Streets - Doobie Brothers
https://www.youtube.com/watch?v=5o_umKOTXIs

Does anyone here know how to create a video hosting website? We need a Rumble/Odysee-like video platform specifically for ASD and chronic illness truth videos. The neurodiversity matrix has brainwashed the public into thinking ASDs are just Swiss Army knives of talents and savant gifts without ugly sides.