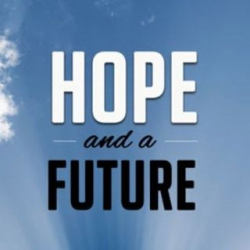 Here's a story that will warm your heart and provide a spark of hope. Aging and autism is one of our most important topics. We're in uncharted territory, as the epidemic of the 1990s and forward begin to enter their 20s, 30s and soon, middle age. That means parents will be senior citizens, trying to provide 24/7 care in many, perhaps most, instances. Siblings might take over. Thanks to Judy R for sharing this story.

She Built a $15,000 Cottage in the Back Yard For a Brother With Autism: ‘The change has been incredible’

A woman built her brother a little house in her back garden and says it’s been a “game-changer” to give him the independence he needs.

Tiffany Chou moved back to Hawaii from New York City to look after her 33-year-old brother, who has autism, after hearing that he was unhappy in his residential home.

The siblings, who are both adopted, hadn’t lived together for 15 years, so Tiffany was apprehensive about what it would be like because Chris’s behavior could be “challenging”.

To better deal with that, the 36-year-old sister and her boyfriend decided to build Chris his own cottage in their back yard after moving to Maui.

“I didn’t really know what I was getting myself into when I moved back and took in Chris,” said the accessory designer. “He can be a bit noisy and overwhelming so we decided if he had his own independent space, just seconds from us, that would be ideal.”

There was a little structure in their garden, which they tore down to begin the construction—and she and her boyfriend managed to put the cottage together for just $15,000.

Chris got to chose the colors of his house and helped out initially with the build, which was completed in three months.

In August, he moved in and now loves his new digs.

“He absolutely loves it—and the change has been incredible,” says Tiffany.

“He’ll do his dishes without prompting. It’s really helped him be more independent.”

They outfitted the home especially for his quirks, too.

“Chris is the thirstiest person you have ever met so he is constantly up in the night drinking water and needing the toilet, so we made sure his bathroom and a water tank was right by his bed.”

His kitchen has an induction cooktop to make sure it’s not left on and Tiffany prepares his food ahead of time, in daily portions, which he keeps in his fridge.

The home—which was built out of reclaimed materials, and fitted with second-hand furniture to keep costs low—has given Chris a newfound independence. (See the home in the video below.) And Tiffany and her boyfriend have their own space, which is essential, especially because they welcomed their new daughter, Luna, last month.

“He loves being an uncle and is great with Luna.”

“It’s been a game-changer for all of us—I don’t have to constantly prompt him to do stuff anymore. Read more here.