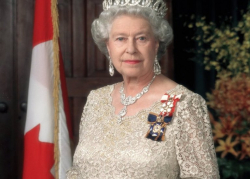 “Prayers for Elizabeth and her family and all concerned. Lets pray for wisdom and divine intelligence in the transition underway.” (Catherine Austin Fitts)

This is from a letter I wrote to BMJ on-line concerning informed  consent in October 2020:

…I have viewed with concern the idea floated in The Times by Heidi Larson of the London School of Hygiene and Tropical Medicine that the Queen could be called on to boost trust in coronavirus vaccine … Would such a promotional exercise really be an appropriate place to start in accepting any of the new products, either for her or for us?

Surely it is imperative that any individual choices are made on the basis of fully informed consent and not collective or political pressure, and this tolerance of individual autonomy is recognised for all vaccines. The recent Cumberlege review has recognised in principle where such pressures could lead… and it is hard to see why vaccines should be exempt. Nor should anyone be labelled an “anti-vaxxer”, least of all by the Prime Minister, because they do not jump into line…

Sadly, less than two years later with both the Queen and her consort - who were generally held to be devotees of homeopathy - are no longer with us, we can safely say we have witnessed one of the ugliest, most inappropriate and manipulative episodes in the history of humanity. In fact, nobody could ever have given informed consent because not only had the products not been adequately trialled, no one really knew what was in them.

Much concern must now focus on her successor King Charles: the United Kingdom is supposed to be a constitutional monarchy and the monarch above politics yet Charles has been a proponent of World Economic Forum policy and prominently helped launch the so-called Great Reset. This engages with policies which have never been democratically discussed or openly spoken about -  which pose a threat to the life, liberty and wealth of ordinary people -  and even if they had been they ought to lie outside a constitutional monarch’s remit. Notably, it involves the transference of wealth from ordinary people to a super-class encapsulated in the statement “You’ll own nothing and be happy”. Much of this transference has already happened with Covid lockdowns.

When neither mainstream politicians or media will talk about these matters it is time for the public at large to ask questions.

Thanks Susan I never seen that glad you posted it. Agreed with all written .Johns action as well speak as loud as his eloquent writing. A thoroughly nice man the true and honest meaning of gentleman from the old school.

Well done John many thanks.

I do hope this well deserved tribute to John will be posted. (Just came across it on Telegram)

Thanks Benedetta same with your posts great views of life over there.
I seen this today but I think someone on AOA did a report a while back or was talking about it.
The cover up was on going back then to hide the disabled such a shame .

Queen’s ‘hidden’ cousins erased from Royal Family in shameful scandal
THE QUEEN'S maternal cousins, Nerissa and Katherine Bowes-Lyon - often nicknamed the ‘hidden cousins' - were erased from royal history when their deaths were reportedly falsified in the Forties, erupting in a royal scandal over 40 years later.

But perhaps a lesser known Royal Family scandal was the alleged institutionalisation and subsequent abandonment of two of the Queen’s cousins.

Born in 1919 and 1926 respectively, Nerissa and Katherine Bowes-Lyon were two of the daughters of John Herbert Bowes-Lyon and his wife Fenella.

Both Nerissa and Katherine were born with severe learning difficulties and, following the death of their father in 1930, were admitted to a mental health institution.

They were reportedly sent from the family home in Scotland to Royal Earlswood Hospital at Redhill, Surrey, where they lived out the rest of their days.

Their exact diagnosis remains uncertain as in the medical terminology used at the time, Nerissa and Katherine were cruelly deemed ‘imbeciles’.

After their admission in 1941, the sisters were allegedly treated like they never existed by their extended family. A claim that has been denied by their family.

It is always interesting to hear John Stone's take on the going ons of the UK and I always love to see the comments from the others from UK as well lie Jenny and Angus.

The whole world has slowly being going mad for a long time.
Charles III was a nut even as a very young man, now wasn't he?
He has not gotten any wiser with age, but from what I heard - much richer.

https://www.you.co.uk/liz-jones-the-funeral-part-two/
Liz Jones writes a weekly article in the UK Mail on Sunday's You Magazine. This week she writes about her attendance at a funeral. Unvaccinated for Covid, Liz was forced to stand at the back of the chapel during the service. The only person who spoke to her was the undertaker, who said most of his recent burials were persons who died after being Covid vaccinated. Contrast this with another article in the health section of the main edition of the Mail on Sunday:-
https://www.dailymail.co.uk/health/article-11199827/All-need-know-NHS-Covid-booster-campaign.html
Quote:-
"What we all want to know about this autumn's Covid booster jab such as how do you find out if you are eligible and can I get it after catching Omicron?"
By EVE SIMMONS FOR THE MAIL ON SUNDAY
PUBLISHED: 22:00, 10 September 2022 | UPDATED: 23:02, 10 September 2022
Surprising, (or not) NONE of the questions are direct queries about the SAFETY of the Covid boosters, except a query about whether it is safe to administer them at the same time as the Flu jab. (Perfectly safe they say, of course, but how do they KNOW?)
Personally - I'm with the undertaker.

Maybe Fauci's Team can fund the Wuhan lab in Communist China to create another bioweapon per:

Thank you Fauci and Joe Biden for your "consideration".

Grow/buy chickpeas while you still "can" (no pun intended) due to fertilizer shortages striking them: https://chocolatecoveredkatie.com/chocolate-chip-blondies-and-theyre-good-for-you/

Beat the heat with these noodles: https://www.justonecookbook.com/cold-noodles/

King Charles III maybe the wrong name for Prince Charles who will replace his mother, Queen Elizabeth II per:

As Charles III ascends the throne, the VERY colourful legacy of his regnal name - from Charles I who was tried for treason and beheaded to 'Merry Monarch' Charles II who fathered 12 illegitimate children

I extend my condolences to the Royal Family on the passing of the Queen, Elizabeth II.

Being an American I can't criticize the Royal Family since I live under the Joe Biden Regime who is crushing our economy with high gas prices and Federal Government spending along with open borders, crime, COVID shut downs, and mandated COVID (WUHAN VIRUS VACCINES) Vaccines and other anti-American policy.

John Stone is right about the Great Reset because Joe Biden is doing the same to our once great USA. I hope King Charles will change his ways regarding the Great Reset. Unfortunately, Joe Biden won't change his ways and that is why we will eventually replace him as President in 2024 and vote in lots of Republican Senators and Congressmen/Congresswomen in 2022. If we don't then expect PAIN in the USA.

Britain and the rest of Europe are already getting big PAIN from the Great Reset especially because of the lack of good sources of energy. We had that under President Trump, but Joe Biden killed American oil/gas because he feels solar panels and windmills will heat our homes and fuel our cars/trucks. So much for the Green New Deal. Our present political leaders in Washington DC live in Disneyland's Fantasyland and therefore the USA .....and Europe are and will suffer the consequences.

Sad to say, in the USA we are moving away from homeopathy and toward vaccines, vaccines, vaccines for everything and everyone. It is crazy. By the way, the Chinese Communists used the Wuhan Virus as a bioweapon against the world and they should be held responsible financially.

Don't hide this simple fact, please: Fox News and MSNBC/NBC are both owned by the same corporation: Comcast. I saw it somewhere on a quick search.

never got a 100 year celebration card from herself. She should never have told people to have the clot shot as Jenny says not her remit. As for Charles were now going to find out why she stayed in power for so long.

Scary John - and yet I feel more optimistic than I have felt for years. Suddenly people are waking up to the way they have been and are still being manipulated and forced to comply with rules and regulations decided by a few, mostly unelected, persons, claiming to be 'experts'. Many of these 'experts' are paid and sponsored by the pharmaceutical industries, who also 'sponsor' politicians. Sickening, was the photograph of our former Prime Minister Boris Johnston cosying up to Bill Gates, who has made billions out of Covid, as have the pharmaceutical industries.

The passage of time always reveals the truth, sometimes sooner, sometimes later, no matter how determined the 'establishment's attempts to conceal it. The blunt fact is the vaccines were not fit for purpose. They did not provide the promised immunity to Covid, and for some persons they proved dangerous.

My family members were shocked by the apparent decline in the health of Her Majesty the Queen during her annual Christamas Message last year; this was post Covid vaccine and pre-catching Covid. If Heidi Larson was responsible for The Queen extolling everyone to be Covid vaccinated since this was their 'duty', then I hope she is thoroughly ashamed of herself. Her Majesty stated how 'reassured and protected' she felt after the Covid vaccinations. In Scotland The Queen was loved and respected, particularly by the older generations, who will have presented themselves for Covid vaccines even if they had reservations, due to The Queen's message.

I have now received a 'summons' from the NHS to get annual Covid and Flu vaccinations. The enclosed pamphlet states 'There have been recent, rare cases of inflammation of the heart (called myocarditis or pericarditis), reported after Covid-19 vaccines. However, it is not yet clear that these have been caused by vaccines.' Yeah Right! They urge people4 to get medical help if they experience 'Chest Pain, Shortness of Breath, or feelings of having a fast beating, fluttering, or pounding heart.'
No thanks!