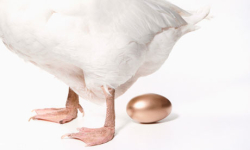 This is a heck of an article at Safeminds. How many of us begged, borrowed and bankrupted ourselves to get the EVIDENCE BASED ABA therapy that Pediatricians recommended. 20 hours a week. 30 hours a week. School services. It should come as no surprise that the GOLD standard is actually made of gold. Disgusting as ever. Jaded? You betcha.

The role of private equity companies is to invest money for wealthy individuals, university endowments, and pension funds. These firms intend to make more money for their clients through private investments than what could be made by investing in the stock market. In 2015, private investments in behavioral health totaled $120 million. According to industry analysis, five years later, that amount had grown to $1.2 billion.

Applied Behavioral Analysis (ABA) has long been considered the gold standard for autism treatment. The therapy is considered such a staple that every state mandates its coverage. In the past decade, there has been a rapid increase in private equity firms investing in ABA providers. With 1 in 44 children on the spectrum and the promise of state-mandated insurance reimbursement, ABA therapy has become a lucrative market for these investors.

However, many question whether this infusion of private equity funds is good for ABA. Since big business has become involved with ABA, families and clinicians are starting to be disillusioned with the therapy and the industry supporting it. Both parties point to financial investors’ fixation on profit and say it has degraded the quality of services that many children receive. Parents complain that ABA, which should be tailored to each child, has become “cookie cutter.” This one-size-fits-all approach allows bigger providers to save money on time-intensive assessments by using treatment plans that were simply copied from other clients. But that reuse goes against the highly individualized treatment plans that ABA is supposed to deliver. One clinician said that time-saving practices made her feel like a “billing machine, trying to make as much money for private equity as possible.” A former ABA provider employee shed more light on this practice and said that private-equity-owned companies would set billing quotas, reward top billers with bonuses, and question any holes in their schedules.

Allegations of overbilling for ABA by these companies are now surfacing across the country. These claims involve both providers with private equity backing and those without. For instance, in Nevada, 1000 individual clinicians sent bills to the Medicaid program suggesting they delivered 24 hours of therapy in a single day. In one outrageous case, one clinician billed 65 hours in just one day. Florida ABA providers have also been singled out for billing Medicaid for more than 40 hours of therapy in a week. The situation has gotten so out of hand that the federal government is stepping in. The Health and Human Services Department’s Office of Inspector General is working on a sweeping audit of Medicaid claims for ABA. The report should be released later this year.

Subsequently, parents who are trying to juggle physical therapy, occupational therapy, speech therapy, and special education day classes are now questioning if ABA is worth their child’s time. Many decide it is not. Some parents are viewing ABA as useless and even harmful. They see it as a practice that masks the traits that make their child unique and view ABA as an attempt to force their child into having behaviors that fit neurotypical norms. Read more at Safeminds.

Thank you for the websites. I'm always looking for something for my adult son to eat.

With this romanticizing of autism as the new "neurodiversity" cash cow, the real losers are the children. Parents can no longer even discuss alternatives that have improved their kids' health, locking the kids up in gut pain, inflammation, PANDAS/PANS hypersensory issues, and more. Thousands upon thousands of children have real health problems being ignored by doctors. Parents or clinicians who dare share things like homeopathy, detoxificayion, supplemental treatments or even simple dietary changes are, at best, shadow-banned, at worst, vilified relentlessly by trolls. How can we get physiological treatments back out of the closet? The kids can actually improve behavior and gain developmentally, socially by things like Gluten-free/caseine-free, clean and organic diet! Cleaning them up with detoxification thru Homeopathy or supplement programs and GF/CF can be life changing. But the Big Pharma/Big Tech/Big Government oligarchs do not want healthy people. Healthy people fight back. Sick people cannot fight. How do we find alternative media safe places or sponsor autism conferences for parents or clinicians to discuss the health aspects of autism treatments once again? How can we get these things covered by insurance? Actual autism biophysical treatments can't be easily co-opted and monetized by Big business. So they have tried, and largely succeeded in choking out what, 15-20 years ago was a growing trend towards treating physiology in ASDs. Help the kids. Don't give up. There is help and hope. But you have to dig for it!

Your comment is on target. The Father of ABA is none other than B.F. Skinner: https://www.ncbi.nlm.nih.gov/pmc/articles/PMC2755377/?page=1

This ABA therapy situation of government funding for therapy turned into private for profit companies domain reminds me of charter schools. For charter schools what was a white liberal pet project to "save people especially minorities" in the early 1990's is now a neo-conservative money grab that harms public education and minorities. Most school district still provide at least some free physical,occupational and speech therapy if you the child or parent do not like ABA therapy then do not do ABA therapy.

ASD Friendly nutritious, fruit and veggie rich recipes to save the sanity of mealtimes. I'm a big fan of Chocolate Covered Katie's recipes in particular.

Especially in doo doo hits the fans times, the feeding therapy industry is more concerned with getting ASD kids to try a new brand of ultra processed glyphosate laden frozen/fast food pepperoni pizza as "feeding therapy" (as I saw on a Pennslyvania CARS autism website - disgusting!) than getting extremely overweight/seriously ill, taste/aroma adverse clients to eat organic vegetables or nourishing soups. Learn how to create miso and koji as well as mild-tasting tsukemono veggies, all probiotic rich and minimally processed, to improve ASD health instead of listening to these sickening big food "experts".

The new norm, the disabled out numbering the able mined and bodied at school how very sad and nobody is looking not an elected government anywhere.. Glad to say ours was always to far gone for ABA so they never conned a penny from us on that one although we did feel guilty as we never used ABA but not now.

And when you become an adult it doesn't get any better..

The survey – commissioned by the Mental Health Foundation – also found that almost a third of people (32%) had experienced suicidal thoughts or feelings because of stress.

Terms like "Best Practices" and "Gold Standard" or "Peer Reviewed" have lost their original meaning. Long before ABA there was Behavior Modification that utilized a reward system. I have seen it work with many kids. ABA seemed to me to capitalize on ABA. ABA has often become "Cookie Cutter" as the author suggested. One example might be when a child is having a large meltdown and ABA continues to act according to the plan without knowing that the child may have ingested an artificial food Dye like Red # 40... The child is having a Chemical meltdown at that time and ABA will not be effective-may even harm the child until the chemical dye leaves the body.
"Peer Reviewed" has come to mean something like I'll pay for you to agree and review my article or study this time and then it will be your turn, you'll pay for me to agree to your article or study next time.
"Best Practices?-I have seen practices that claim to be "Best" actually make some of the worst practices. If I'm not mistaken didn't HITLER or his team coin the statement, "In the Best Interests of the Child?"

The mass-normalization and romanticism of autism chugs across the railroad once again... brought to us by California and ASAN: https://www.msn.com/en-us/tv/news/thomas-friends-to-introduce-autistic-character/ar-AA11zNJZ?ocid=msedgdhp&pc=U531&cvid=7340eabe38c246488debd34ab946658e

"Voiced by autistic actor Chuck Smith, Bruno will be a "joyful, pun-making brake car," according to Mattel, adding that, "He is great at his job and keeps big, heavy cargo steady with his strong brakes. ... Bruno rolls in reverse at the end of the train, which gives him a unique perspective on the world."

"The character will display many of the same traits and qualities as autistic people, who have seen a recent uptick in their representation in films and TV shows."

Another romantic trainwreck (no pun intended) in addition to The Good Doctor and countless savant/Asperger/mild ASD unicorn-and-rainbow shows. I'm not attacking the right to create such shows/movies, but why is autism so romanticized, glorified, and treated as a "cornucopia of unique gifts and talents" neurotypical people supposedly can't have.

Still no realistic drama shows about teachers being endlessly assaulted by violent ASD students or violent, learning impaired/delayed, regressive autism's financial and emotional burden on the-ever-shrinking middle class families. Such shows would be panned and banned by the neurodiversity internet police force (NDIPF) as I call it.

America has been programmed by our entertainment industry to glamorize and sugarcoat the largest, most challenging neurodevelopmental condition uprise in our nation's history.

The collapse of education in the UK, the SEND crisis should be major news on every prepper/economic channel you can contact on YouTube, because the childhood chronic illness epidemic has enormous consequences on national economic systems that literally NO ONE is talking about: https://www.lossofbraintrust.com/post/uk-op-ed-schools-failing-neurodiverse-students

"When heating systems and windows are held together with gaffer tape and goodwill, lifts and full physical accessibility are way down the wishlist, even if the law makes provision for them to be prioritised. If you’re a wheelchair user, your school choices are screwed."

Autistic students and severe behavioral students appear to be dramatically outnumbering those with congenital and physical/traditional disabilities.