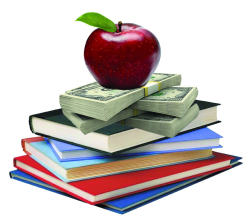 I’d just had a short conversation with a young girl who’s in grade school.  A typically happy child, I was sad to see that her usual smile had been replaced.  She’d shared that she’d been disappointed about something and then looked up at me.

“Mrs. Jameson?” she quietly paused.  “Everything changed.  Why did it have to change?”

Compared to last year, things had changed.  I thought for the better.  In her young mind, though, there’d been too many changes and in a short amount of time.  It was too much for her.  It confused her, it saddened her, and I could see a physical change in her because of it.

For many districts last year, when the 2021 school year began, students were social distancing, sneeze guards were being used in classrooms, and masks were required by all.  Students and faculty tippy toed into that school year, trying not to breathe too big a sigh of relief.   But for many, it was progress just being in the building.  And full-time, too!  Some teachers were still limited in what materials they could use to teach lessons (i.e., math manipulatives, science lab equipment, shared art supplies), but they, being naturally creative, made things work.

Other places were not so fortunate.

Some schools remain closed.  Or were only open part-time.  Or were only open for small groups of students at a time.  Or had kept the intense restrictions that other localities had long removed.  Children, including the ones not affected by those latter protocols, were understandably confused.  The adults were making decisions that didn’t make sense.  My own children have expressed how awful that time was for them.

“One week we did things a new way, the next week we had to do something else.  They’d tell us to hang on, only one more month, maybe, and then we’d be back to normal.  But that month would go by, and we’d still be waiting for things to go back to normal…or at least to get better.

It never felt like it would ever get better.”

The longer we were home, their more their grades took a hit.  Their outlook on life dimmed.  Their motivation dwindled.  After being forced into an all-virtual learning environment the year before, I welcomed being able to send my own children back to school last fall.  My kids enjoyed being home for part of that initial lockdown that happened in 2020.  But they’re hands on learners.  They’re the types of kids that need to be with friends.  They’re kids who enjoy being out of the house.  They’re kids who hate waking up early but who thrive when they have a good routine.  We love each other dearly, but sometimes it’s okay for us to love each other from a distance.

It was time to get back to school.

I’ve asked several students who also experienced the school changes in 2020 about what they thought of the lockdown.  All said they’re grateful that restrictions have been completely lifted.  All said they’re glad that in-school learning is back.  All said they’d never want to use Zoom or Google Meet for school ever again.  “It was awful.  I hated it.  It took away my motivation to learn.”  Teachers knew that lockdowns, quarantines and the changes from the pandemic could have a negative impact on education.  They knew it, and they’re now seeing the results of it.  Students knew the lockdown would eventually be a bad idea, too.  Fauci doesn’t think what they went through was that bad.   In one respect, he’s right.  It’s not bad.  It’s worse than that.

What happened to the children during the lockdown is criminal.

Countless districts are now left to bridge the gap  while teachers continue to face enormous strains,  ones they’ve never experienced before.  It isn’t just the younger students having to manage life under new difficulties; it’s college students also.

Sadly, it’s not just the academic interruptions that’ll likely affect them for some time.  The mental and emotional strain from the last two years will as well.   As a parent, and also an educator, it pains me to witness these outcomes.  Our nation’s children.  My own children.  Their world fell apart.

The adults they trusted fell apart with them.

Fauci dismissed what so many went through.  He dismissed the fact that students faced unfavorable results from something he helped orchestrate.  Livelihoods and childhoods were destroyed by the suggestions he promoted.  He may have moved on since then, but it may take years for students, like that young girl I know, to recover.  What’s been done to her, to her education, and to her future is inexcusable.  Some people in positions of power don’t see or don’t grasp the ramifications of that, but I do.

I was having a really good day when that little girl and I got to talk.  I thought it was a random conversation, but I could tell that she’d been wanting to speak to me for a while.  As heart wrenching as it was to see how devastated she was, what a gift to be the grown up she reached out to.  I walked away a little sad after we spoke, but I knew there would be opportunities for me to cross her path again.  Knowing that, I have made a promise to help bring her smile back.  I will help her find some joy in life again, because she deserves a chance to believe in good things.  Every child does.

All of them.   They deserve more than what the Faucis of the world gave them.  So much more.

Prepper Camp 2022....SOLD OUT (Sept. 23-25)
Check out the speakers and classes:
https://www.preppercamp.com/class-descriptions/

The city of Denver will be giving out free
"bug out bags" to citizens on that date:
https://www.bitchute.com/video/W5z3c5AbeJDk/tps://

Around this time last year we were told that the needs of Gavin Newsom’s children (to have their parents spend Halloween with them) were enough to make the presidential hopeful pass on a widely publicized global event. In many circles, it was speculated that the real reason the Governor could not attend was because of vaccine injury. If the latter is true, I really hope it’s enough to make the Governor pass on signing AB 2098 and allow Californians to have access to doctors who may be able to help them recover as well. Also, with AB 2098, it should be fair to know what the Governor’s vaccination status is. Has he received his latest booster?

Our kids deserved better. My own daughter lost the last few months of her senior year of high school. Then she spent freshman year of college masked and unable to go in any dorm but her own and took almost every class on zoom. These are years and experiences that can never be recovered.

My son’s day program is still masking. The staff has tipped me off that, mercifully, it is no longer being strictly enforced on the young adults but the staff absolutely has to wear them.

Thank you for your great post! Very informative as to the state of mind among our young children.
It is amazing how covid now seems to be treated like the flu. Those in charge scammed us! And our children paid the price. Faucci was not acting alone. He took orders from those above him both elected and unelected. That is what disturbs me. Was it a test to see how far we the people can get pushed? I think it was. More tests are coming.
Remember 9/11 pray for all those who lost love ones. Just as important remember that September 17th is Constitution Day. Our freedom, our liberty, the true American Way of Life can be found in the U.S. Constitution!
Blessing to all! Have a great Sunday.
G. Maritnez