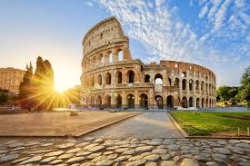 I had the radio on as I drove into town by myself the other day.  Catching up on some morning news, I was quite pleased to hear the radio announcer share that, “Most Americans have turned the page on the COVID pandemic...”  I wanted to high five someone after hearing that.  Another tidbit from the poll was also encouraging. “The public’s perception of personal risk also is a low point, and people are starting to pick and choose more where they deem it necessary to take precautions like masking.”

Good for them, I thought.

People, lots of people, dropped the masks many months ago.  I know a few who still, maybe out of an abundance of caution, have kept theirs on.  Last week, when an issue popped up that needed medical attention, I made an appointment with our doctor’s office and was sternly reminded to, ‘Bring your mask!!  It’s required to wear one!’  I had bought several washable, fabric-styled ones during the lockdown but could not honestly remember where I’d put them.  I put them away so long ago.  The only time we’ve been asked to wear one lately has been at a doctor’s office.

Thankfully, we haven’t had the need to go to the doctor too many times.

The radio announcer continued to another segment after reporting on the Axios.  The weather forecast would be next.  Once on the air, the meteorologist bellowed, “Across the arena, we’ll see some clear skies and lower temperatures!”

Arena?  I’d never heard that term used to describe where I live.  But with that recent poll, and with the ever-constant news of the ever-available boosters, it did feel like I was in some sort of game.  It’s not like the Game of Life I was in, but more like The Hunger Games. 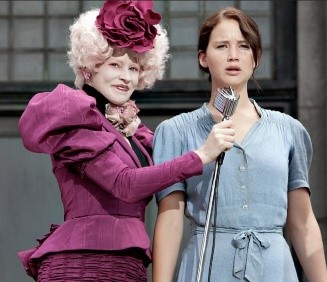 I love the Game of Life and always look forward to when the kids want to play it.  I don’t love The Hunger Games so much.  When the series came out, I shied away from it.  My fifth child was born the year the first book was released.  I was too busy to read it or get caught up in the hype.  Years later, when the movies came out, I decided to watch them.  I had limited knowledge of the storyline still but knew that it was a sort of survival story.

Wow, it was more than that.

Humans were forced to fight.  They had to fight other humans.  To the death.  With how intense the games were, alliances quickly formed.  They fought each other, but they also fought the power.  Several lost, meaning they died, because the power was just so powerful.  But heroes emerged.  And while watching them fight to survive, you wanted the bad guys to be completely obliterated by the heroes.

There, across that arena, was destruction and death.

Here, across the arena of life, has also been destruction and death.  The result of the lockdown destroyed businesses.  It severely interrupted continuity of care for those with special needs and with chronic medical conditions.  It killed some kids’ motivation to learn, and it also killed people’s desire to work.

What a wild few years it’s been.

The poll that I’d heard on the radio reminded me of how wild life really has been.  One more statement made clear that we, like some of those characters in The Hunger Games movies, were never ‘all in this together’:

“The public also continues to grapple with what the pandemic has meant on an individual and broader societal level.”

I never grappled with the pandemic.  I knew that it would have awful outcomes.  I knew that it would turn people on each other.  I despise the pandemic and what it did to us – us as a family, us as a community, and us as a nation.  I will always believe that the initial efforts were intended to be helpful, but to keep humans away from humans was one of the worst things that could’ve happened.  So was forcing liability-free, fast tracked vaccines on the population.  Repercussions from that decision could be dire, not just for people’s health, but for the workforce also.

I’m curious, what does life look like across your arena?  Are you ‘back to normal’ yet?  Is your local community as back to normal as well?  Or are you still facing tough situations with regard to lingering covid requirements?  I have a handful of friends who never played the games the government told them to.  No masks, no social distancing, no contact tracing, no rushing to get a vaccine.  They adapted and continued to live their lives the way they needed to.  My hat goes off to them for being able to that.  I know not everyone was as fortunate, and they’re dealing with undesirable outcomes because of their own situation.  It’s been so hard to see the changes they’ve been forced into.  “88% say COVID has changed American’s lives forever.”  I don’t usually put too much thought into polls, especially polls about COVID, but I absolutely believe that statistic to be true.  Do you?

My art school still insists on proof of vaccination to step foot on their premises and a SF convention we used to go to still does too... So we don't go.

Happy Sunday to all! In our Arena(Texas)it is pretty normal for now. Oh, but rest assured their are political elements that what to go back to the good ole covid lockdown days! The election in November for our Governor's office will be interesting and will indicate in which direction or color our state goes. Governor Abbot says it is up to you on wheather you want a covid shot or not. Not so on other issues and that is where the battles will be. I am against government overreach. It was in abudance during the first year or so of covid. You don't hear much about super spreader events- Thank GOD!

Follow the science and you will see that most masks are pretty much worthless in stopping the Covid 19 virus. How do those cops who tased and cuffed citizens who refused to wear masks? Do you feel good about yourselfs? Kudos to all our Sherriff's who refused to enforce county mask mandates. The true heroes. I do not like writing about the political issues. Pray all have a great Sunday!
Blessings from Texas.
G. Maritnez

When I arrived back from Jamaica during the thick of the nonsense I quickly realized that I could just ignore all the rules and strictures and nothing would happen.