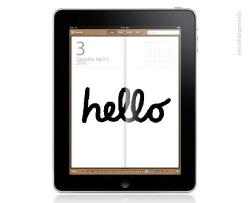 In the mornings, Ronan gets access to the tablet, iPad or the TV but only after he’s changed, taken his meds, and eaten breakfast.  If we don’t get those basic things done, the day can start off on the wrong foot.  So as to get his day, and ours, off on the right foot, we’ve kept this routine for years…

File this under:  Non-verbal autism can suck it

So many people say, our kids are in there.  They are.  Ronan is fully aware and somewhat abled, yet he is so very delayed and severely disabled.  He needed something today and kept trying to get me to help him.  For the life of me, I could not figure out what he wanted.

Before he got frustrated, which can happen quickly - and has happened quite a few times this week, Ronan reached for the keyboard.  He typed:

While he did that, I mentally retraced his last steps.  OH!  I knew what he wanted.  Ronan was trying to get the tablet, which I'd tucked away in my bathroom.

He had just finished the morning routine, which he knew needed to be done before playtime started.  Here he was reminding me instead of me reminding him!  It was so simple this asking but required an enormous amount of patience and problem solving skills – mine this time, not his.  Some days I feel like am severely lacking in both of those...but not today.  I opened the door and gave Ronan the tablet.  He beamed at me and then confidently walked away. 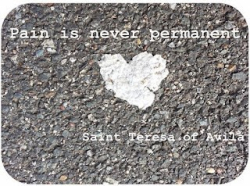 That short story was something I shared with family and friends 6 years ago.  Those morning expectations we had for Ronan then are the same as today.  First things first.  Especially in the morning.

Sometime in the last 6 years, we added a new step to his routine.  It was at least 2, maybe 3 years ago that we began to work on adding using the bathroom independently.  Every now and then, we could time it perfectly for Ronan to use the bathroom while sitting on the toilet in the afternoons.  But mornings were never successful.  A pediatric urologist encouraged us to keep trying.  So we did.  Immediately after waking up now, some days, most days actually, Ronan takes himself to the bathroom.  He’ll still struggle with some motor planning, but 8 or 9 times out of 10, he sits and uses the bathroom successfully.

One night very recently, after being tucked in, Ronan indicated he needed to use the bathroom – even though he’d just gone.  I thought he was just delaying bedtime, something his siblings have done a few times this summer.  He was insistent, though, by signing and making some vocalizations I could not decipher.  Just like that other time that I had to Think.  Think.  Think.  he kept attempting to tell me something.  It was late, and I’ll admit I was getting tired.  But he needed me, so I quickly grabbed my phone and asked Ronan to type what he needed.  He’d been signing what looked like the letter S, which morphed into the letter A.  Then, he started to shake his fist at me.  In a quick moment of frustration, I blurted, “Ronan don’t yell at me.  Type it out, please!”

Looking at me with his big brown eyes, he shook his fist at me again and then pointed to the words.

I wanted to cry.

“Ronan, you’re trying to tell me bathroom…like you need to use the bathroom!!” I said excitedly.

For years now, 10 times out of 10, Ronan has not been successful in telling us he has a BM coming.

But that night he did.

We’ve been waiting years for him to be able to communicate all that.  Another small victory for him – and also for us.

Do you have any latest victories to share?  I’d really love to read those.  Maybe what your son or daughter does something now that I’ve only dreamed Ronan will one day be able to do.  Dreams are good to have.  Inspiring stories and useful strategies, shared by others who are a few steps ahead of us, are better.

Onward and upwards toward independence.

Cathy-you are an amazing mother to Ronan and a great inspiration to all of us parents with children/adults on the autism spectrum. I have a son with autism who is now an adult and I can remember the days many years ago when he didn't talk and would pull me around the house to let me know what he needed or wanted me to help him with. He finally did start talking in his childhood years, I don't remember exactly what age it was, but now he does and he can have regular conversations with me and tell me what he is thinking and what he might need help with and it is something that I just know Ronan will be able to do with you someday that you can look forward to with optimism and hope. My son also has seizures that have been brought under control for years now with seizure medication. He had several grand mal seizures before he started taking the medication and is now seizure free. He sometimes will wake up during the night from a nightmare and scream and we rush in to comfort him and then he settles down and goes back to sleep. This does not happen as much as it did when he was younger and we are grateful for that. I wish you much luck with Ronan and for all of us with our special children/adults with autism and I pray every day for that miracle cure that will save our children and give them a chance at a normal life. God Bless you and Ronan.

Your posts about Ryan ought to be required reading for everyone in govt and public health who equates all forms of “autism.” It captures your family’s love and Ryan’s dignity. Although it was portraying someone with a war-caused brain injury, there is a character who appears in season 2 of a Place to Call Home who reminds me by his eyes of the struggle of those who cannot speak all that they wish to speak. Clearly Ryan is “in there” and I pray scientists give up the genetic search and instead look for every pathway we can find to give him back his voice. The compassion and admiration I hold, as parent of a mostly recovered child, is immeasurable. You asked for memories. Mine was the first time since the 13 mo injury that he truly laughed at a joke. And made one of his own. I think he was 6. Suddenly I had peripheral vision again. Suddenly I could see a different future. Every person deserves to be able to communicate. One day, Ryan will tell us all how much he saw, all the love, all the kindness, his sibling’s inclusions. And how he prays for you every night before he goes to sleep.