Home Donate Contact Us Special Reports Science Email Subscription 2021 RSS Feed 2021 Our Mission
If Doctors Said EVERY Cancer Diagnosis is Likely Terminal What Would Patients Do?
The 2022 State of Plague Predicted in 2015 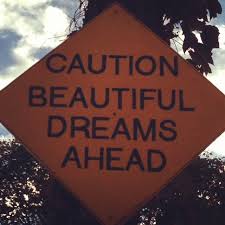 A few years ago a friend shared that she had a dream about Ronan.  Just as she was going to tell us more, Ronan’s younger sister, Izzy, who was 9-years old at the time, excitedly interrupted, "Ronan could talk in your dream, couldn't he?!"

The friend, who was equally excitedly, said, "YES!  He could!!"

Izzy replied quickly, "Everybody who dreams about Ronan dreams that he can talk."

"...a whole conversation!" my friend interrupted as she finished the sentence for me.

My friend was one of the lucky ones.  She got to hear Ronan talk.  Not just talk – he talked to her and with her.  Can you imagine?  A whole conversation with my non-verbal child.  I would be over the moon if that really happened!

Long before that conversation, and ever since then, I’ve dreamt for the day that Ronan could talk to me.  I don't mean fall-asleep-and-dream-about-it.  I mean I dream as in I hope, and I pray, and I pine, and I plead, and I wait (impatiently) for that day to come.  Before Ronan lost his speech, he had only just started to talk.  After he went completely silent, we’d occasionally hear some almost functional, verbal language.  He’d sputter out a few typical words:  mama, dada, -oggy (for Doggy), -ight (for light).  And then he wouldn’t.  During that time, Ronan had never—and still has never, spoken a whole conversation.

Ronan can tell us he's sad, happy, and that something hurts, but he doesn't offer details, or share opinions, or share his hopes, or his dreams with us.  We've worked daily to give Ronan a richer vocabulary, but detailed conversations others have dreamt about just don't happen.  Thankfully, as I’ve shared before,  Ronan has showed that he can communicate in other ways.  He isn't having lengthy conversations yet, but he is capable of signing and typing several very short sentences.  That happens with tons of prompting, with lots of encouragement, and sometimes with a tangible reward at the end of the dialogue.

One dream that I had, around the same time my friend shared hers, was also about Ronan.  It was such a good dream.  I was watching my son from across the room.  I couldn't hear him, but as I glanced across a high school cafeteria, I saw Ronan.  He was a teenager, sitting with some boys, boys who were carrying on.  The boys were clearly all friends.  They were doing typical teenage things—laughing, chatting, being part of a group that enjoyed each other's company.  All of them.  Including Ronan.  In that dream, Ronan wasn't just sitting next to those other typical teenage boys; he was one of those typical teenage boys.

He, too, was laughing.

He, too, was chatting.

He, too, was enjoying their company.

And they were enjoying his.

It may have been just a dream, but it seemed so real…and it felt like it was a glimpse into the future.

I recently saw one of the young boys who was in that dream I had so long ago.  That young boy is now a young man.  About to start his second year of college, I’ve often wondered if Ronan would ever catch up to him developmentally.  Would they be fast friends like they were in my dream?  Would they have played on the same sports team?  Would they have learned to drive together, gone to concerts together, or gotten summer jobs together?  Now, all those years later, the young man is finding success on his own path.  His schooling is going to catapult him into a career, a career that has the potential to give him solid footing for a solid future.  It’s truly been a blessing to see this young person grow up.

Ronan’s path has been a bit rockier.

It hasn’t always had the best guides.

And it has come with nightmares.

While I walk down Ronan’s path with him, I’ll still long for it to be different.  I’ll still hope for to be a bit easier.  I’ll wish sometimes that it could be more like this other young man’s.  Ronan may never experience the same things that other young adults his age do.  That’s a fact.  Even so, I know my son has also been blessed.  That’s because Ronan is cared for.  He is encouraged.  And because we, his family, can still help him.  None of us ever dreamed we’d have to do the things we’ve done for Ronan.  But we continue to help him inch forward on his path and at his pace.  As long as we can all keep going forward, I think we’ll be okay.

Thank you for the comments on this recent post. I appreicate each and every one of you.

Emmaphiladelphia...thank you also for leaving the links for those songs. My typical kids are big fans of Owl City. xo, Cat

These two songs by Adam Young (Owl City) bring tears to my eyes....

Waving Through a Window (From Dear Evan Hansen)
https://www.youtube.com/watch?v=ppCqURHTaXI

The documentary Gabby Giffords Won’t Back Down touches on her efforts to regain her speech after her gun shot wound. Would be nice if in some indirect way this documentary raises awareness for the thousands of young non-verbal people who lost their speech after their brain injuries.

Peace to you and your beautiful family Cathy! Thank you so much for all you do!

Cathy, I thought you might appreciate this song by Adam Young (Owl City)

Adam is a musical genius one man band. He writes, performs all instrumentals, sings and produces all of his music at his home studio. He has symptoms of ASD, including chronic sleep disorder (as listed in the 1999 Verstraeten paper). Lack of proper REM sleep can produce a semiconscious state referred to as lucid dreaming. Adam, a Christian, has learned to turn his suffering into an ongoing source of musical inspiration. His first big hit, FIREFLIES, was written during a sleepless night. His music is about hope and faith that help him to overcome his sufferings.

Cathy-You have written another beautiful post about your son Ronan. I have an adult son with autism who didn't speak until he was about five years old. I remember how the language started very slowly with just a few words to try and communicate his needs and feelings. As time and the years went on he started to be able to communicate with us in whole sentences and tell us all about the activities he did at school and about his teachers and classmates. He suddenly opened up verbally to us and we were so amazed and happy at the progress he had finally made. He is still communicating with us and while he is not like a typical person his age in terms of very advanced conversation skills, he can still talk to us in full sentences and tell us details about his day, talk about my parents and all the relatives he knew who have passed away. He says they are all together in Heaven and we will see them again someday. I write this to give you the hope that someday you may also hear Ronan be able to communicate with you and your family in the same way my adult son does. It took many years, but thank God it finally happened. Blessings to you and Ronan and family.

Acts 2:17
“And it shall come to pass in the last days, saith God, I will pour out of my Spirit upon all flesh: and your sons and your daughters shall prophesy, and your young men shall see visions, and your old men shall dream dreams:”

Joseph was a dreamer too....

Mrs. Jameson,
Thank you for the beautiful post as always. Today's post reminds me of my Wife's dream about our Sam. It happened about 7-8 years ago. In the dream, he was 16 and had become a typical teenager-speaking and having all the typical teenager stuff. Our reality is that Sam will be 16 in September. However, just in the past 6 months he has become more verbal. He will grunt out "No!" "Don't want too" and " I like" and of course "Why?" That is pretty much the extent of his words right now. But yes I remember the complete sentences before the MMR damage really took effect at about 15 months. He was an early walker(10 months) and sentences at 12 months believe it or not. That is gone, but we have a different Sam. How I wish it were different, but we have learned to love him- how he is now. And he is so loveable and brings so much joy into our lives like Ronan enriches your family with so much love. Thanks for sharing your story and here is to all of our kiddos hopes and dreams.
Blessings,
J. Martinez