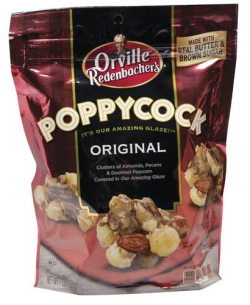 The study’s authors suggest that the United States typically has higher autism rates than the rest of the world. The team believes this is due to better screening and diagnosis.

A recent research letter published in JAMA Pediatrics shows that the overall autism spectrum disorder (ASD) rate for American children ages 3 to 17 in 2019 and 2020 has risen to 3.14%. When separating data by year, the results show the autism prevalence rate was 2.79% in 2019. Then the rate explodes in 2020 when it jumps to 3.49% or 1 in 30 children. According to the study, nearly 5% of young American boys have autism, compared to just under 2% of girls. This research comes from a team of scientists from Guangdong Pharmaceutical University in China who used statistics from the National Health Interview Survey (NHIS), which collects information through household interviews. NHIS data includes parental reports of an ASD diagnosis given directly to census bureau employees administering the survey. Shockingly, autism rates jumped by more than 50% from 2017 to 2020, according to NHIS statistics. The study’s authors suggest that the United States typically has higher autism rates than the rest of the world. The team believes this is due to better screening and diagnosis. This new 1 in 30 statistic reflects a far higher rate than the CDC’s Autism and Developmental Disabilities Monitoring Network (ADDM), which announced last December that 1 in 44 American children hold an autism diagnosis. Since ADDM rates are based on eight-year-old children and typically take four years to process and publish, this current study is more timely and possibly more accurate. Additionally, the NHIS data used a larger age cohort than the ADDM network, and this research team took only two years to process and publish their findings.  Read more here at Safeminds.

Oh Children's Health Defense the were talking about the same thing. They had Dr. Brian Hooker saying that this study captured the lower economic end and it was higher than the upper economic end.

Yang is another guy from China by the way. Nothing like having the Chinese studying American autism numbers and figuring out what year they can expect our military to finally collapse all together.

My last comment, I put this under the wrong article. It was suppose to go under Katie Wright's article: Raw Truth About Autism Diagnosis and the Affect on Mental Health of the Parents"

For this article ; I read here, and several different other places ; I noticed in several article it was mentioned something about autism manifested as a regressive encephalopathy .

Many Minnesota residents are expressing outrage over Representative Omar’s foreign policy positions. I know there was a lot of dismay over her lack -luster/non existent response when one community was experiencing the highest rate of autism in the country. Rather late in the game, however, if anyone in the vaccine risk aware community could garner an audience with one of her opponents, it may bear fruit?

The Age of Autism began in 1987, the year after the 1986 National Childhood Vaccine Injury Act was passed, giving vaccine liability protection to pharma manufacturers for the first time. Prior to that date, the "autism" rate was 1/ 10,000 - 100,000. Very few had heard of it, much less knew anyone with it. Special Ed college courses only taught about Down's syndrome because that was the majority of the special ed school population at that time. Nothing was taught about "Autism" because the numbers were miniscule. I personally never heard of it or knew anyone with it during my schooling from the 60's to the 70's. Mark Blaxill co-published a peer reviewed paper (article featured in AOA) with statistics showing a hockey stick graph which began it's exponential climb after 1987. From 1987-2000, ObGyn doctors would only let a pregnant woman take prenatal vitamins. No other medications were recommended because they knew most crossed the palcenta. I was horrified when they started vaccinating pregnant women. This could be another cause for such an escalated rise in the recent numbers. This has nothing to do with genetics. Genetics would not cause a hockey stick graph.

The average age of a mother at first birth is 28, so if there is vertical transmission of the environmental exposures behind ASD then an upward inflexion of prevalence would be expected about 32 years after the initial rise, which was about 32 to 34 years ago.

"Guangdong Pharmaceutical University in China....The team believes this is due to better screening and diagnosis."

"Since ADDM rates are based on eight-year-old children and typically take four years to process and publish, this current study is more timely and possibly more accurate."

This is significant. More cases are diagnosed by age 4. Why is the spread ages 3-17? Where is the rate breakdown by age? By switching to the 3 year age in 2019, more children would show up by 2020 at age 4. But they hide which age is driving the increase. Also, 2019 was the last "normal" year before Covid. 2020 was the year of lockdowns where fewer went to get their childhood vaccines on time and fewer would have been able to be seen for a diagnosis. Would the numbers be even higher? 2021 is the year the adult Covid jabs were rolled out and 2022 is the year they were rolled out to 6 months and up. I wonder how they will report those numbers for these years? I am sure Fauci will think of something.
2026 is the year to watch. The newly Covid vaxxed kids will turn 4. Will the total population have dropped by then?

I don’t think so - no one has the money or the infrastructure and the rise is of the same order this side of the pond.

Here we go again with "autism" over diagnosis! The developmental disability services organizations like the Regional Centers are already full even here in California. Even Epilepsy and Cerebral Palsy the other qualifying diagnosis are over diagnosed not to the same level of autism but still...
The CDC and Big Pharma loves over-diagnosis but big pharma will not help with research and development for expensive but low profit medicine and surgical procedures that help people with seriously mental illnesses and serious mentally retardation because it does not make them the same level of money from cheap to make common medicines they do from malingering ADHD and Bipolar for example.

"Since ADDM rates are based on eight-year-old children and typically take four years to process and publish, this current study is more timely and possibly more accurate"
why can they not give live updates with autism? on the 10 am 12 noon 3pm 6 o`clock news and then just before you go to bed incase you missed it all all day every day.

3MILLION Britons are still unvaccinated against Covid: Health chiefs must redouble their efforts to boost take-up ahead of winter, MPs say
Nearly 3million adults in England have not Covid jabs so are at more severe risk of being hospitalised or dying
MPs called for health chiefs to 'urgently evaluate which methods are most effective' for boosting uptake
This should include 'fresh approaches' to tackle persistent low immunisation among ethnic groups, they said
More than 125million doses have been dished out across England since December 2020, official figures show
But 'early achievements' should not cloud need to review jabs due to uncertainty around pandemic's future
MP Dame Meg Hillier urged health leaders not to 'take their eye off the ball in tackling future challenges'