Turns Out It's a Summer of Severe Illness and Death 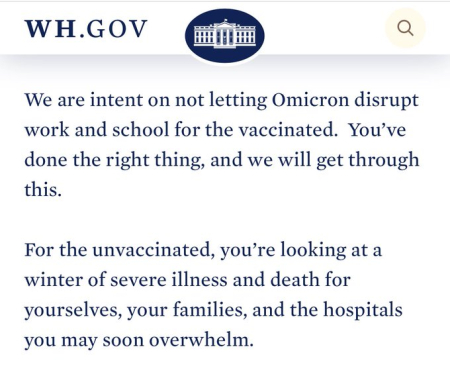 If you read entertainment and sports news sites, it seems that it's celebs and sports stars who are being overwhelmed, collapsing and some are dying "suddenly."  "Suddenly" used to be a euphemism for suicide. "After a long illness" implied cancer. With less stigma than in the past, suicides and cancer deaths are more readily described in newspaper reports.  US Magazine just posted and article about celebrity deaths.

Just yesterday, 32 year old Canadian comedian Nick Nemeroff died suddenly in his sleep. He had made a joke about Ivermectin on Christmas Eve, with a bandaid on his arm. Danny "I will shake your foundation" (Partridge) Bonaduce has  been stricken with a mystery illness that has left him unable to speak or walk properly. Kourtney Kardashian's husband Travis Barker was rushed to Cedars Sinai from a smaller LA hospital. Justin Bieber has a disfigured face due to Ramsay Hunt Syndrome (a rare side effect of the Covid vaccine), and his beautiful young wife Hailey had a stroke.

Correlation does not equal causation. We're not making light of any of these deaths or illnesses. I'd like to see life insurance actuarial reports for the last several years. Have there been more deaths among people under 60, have the statistics changed? Insurers bet that you will NOT die, while you pay your premiums. Payouts are a problem.

Age of Autism focuses on autism, but we branch into many topics. Now that babies as young as 6 months can be vaccinated for Covid, it behooves us to keep an open mind and hopeful hearts that we won't see an increase in infant heart problems and worse.

I see that Dr. Mercola has an article today about where the Covid 19 came from.

He has a video of Campbell going through logical thinking process that is always refreshing.
Then down in the article it talks about a researcher finding that the virus attacks through "SEVERAL mechanisms some kind of human retrovirus that keeps the Sars from replicating too much.

I did not know we had such a retrovirus. But it is in humans only. So the only way the Sars Covid 19 would have the ability would be because it went through humanized mice and not bats.

At the end it talks about New Frankenstein Experiments are Underway

Oh get this HIV and the SARS-CoV-2 spike protein.”

So now let us get back to strep.

This year real early like a high school friend lost her daughter to strep it went into cellulitis.
So now my friend is raising her teenage grandson all by herself. He is not severe. I think he is like my son.

Strep is one of the oldest diseases we have. When Weissman (was that his name) insisted that doctors wash their hands and the death rate went down for women giving birth in Paris it was strep that they were controlling. There are over 250 variants if not more of just Strep pyogenes. that is a strep pathogen.

That strep is one of the those bacteria that loves to pick up extra genetic material from bacteria phages (viruses) Easily and often.

Would the CDC's NAID knowing what we know now by pass such a wonderfully made strep bacteria?
All talking about a virus, Ebola and the like when there is strep?

Dr Fauci's body language while speaking in front of the Congressional hearing and being confronted by Rand Paul; there was something there. He said no one would release a virus on purpose cause they would catch it too - but the way he looked when he said it; there was more to it that statement.

October of 2019 there was an article in the Somerset KY newspaper about a virulent strain of strep reported by the pediatricians as causing OCD and high anxiety.

I am pretty sure that monkey pox is shingles.
They keep pushing it, on the news. Today there were a mere 62 in the state with monkey pox.

While I understand Lieutenant Governor Fetterman has had a series of health problems that pre-date his May 2022 stroke, I am still curious about his Covid vaccination history. Do he, or any of his loved ones, suspect vaccine injury? As a lefty, I really like Mr Fetterman and support most of his policies. That said, if I lived in Pennsylvania, I’d probably be voting for Dr Oz because of his position on Covid measures and his willingness to challenge Fauci.

I hope Mr Fetterman stays well, and if he is susceptible to vaccine injury I hope someone protects him from it.

I am worried about what is going to happen. "Sudden deaths" or "Unexpected deaths" of younger people are filling the google news search, and also twitter under those hashtags. Young people dying in their sleep. At least some life insurance companies seem to be reporting large increases in working age deaths that are non covid related. If this is going to continue to take out our population, we need to find out how to fix it, now.
I am hoping that worst case scenarios are wrong and that the majority of the vaccinated will be okay. So many people I love or care deeply about are vaccinated.
Meanwhile, in highly vaccinated Australia, where we can assume most pregnant mothers during the last nine months would have been vaccinated, babies are suddenly having huge issues with respiratory issues and no immunity.
https://www.dailymail.co.uk/news/article-10958689/Covid-19-Australia-Pandemic-babies-no-immunity-viruses-ending-ICU.html

While the article states that this is caused by the lockdowns restricting viruses, considering the huge increase now, the numbers of babies ending up in the ICU, and the fact that the babies are getting multiple infections at the same time, an alternative hypothesis would suggest that some of the babies of vaccinated mothers may be experiencing immune system dysfunction.

Meanwhile Elmo got vaccinated. But the Babylon Bee had a response to that.
https://babylonbee.com/news/elmo-dies-of-myocarditis-after-receiving-covid-vaccine

Praying that for those who are in charge of approving vaccines, and monitoring their safety, that greed and the desire for money does not overcome human decency. One thing, there seems to be a lot more light being shined by senators on who is making these decisions, and what types of conflicts of interest, royalty payments etc, they might have. I think if this does go pear shaped, the previous quiet anonymity of the decision makers is unlikely to exist. If decency does not make them do the right thing, then the idea of being very publicly on the wrong side of history might.

The consequences of illegal drugs and alcohol are listed above and many celebrities indulge in these "vices", no wonder why Islamist and Communist regimes make fun of us. Those kind of countries restrict this dangerous behavior because they know illegal drugs and especially alcohol is responsible for a quarter of crime and human misery. it is also funny how many young men over-estimate the state of their health and refuse to see a doctor until it is too late while some middle aged women are border line hypochondriacs. Can rare vaccine side effects make the problem worse for these celebrities health and those of many young adults?! You bet yah! But the main issue is alcohol and illegal drugs. There are other issues like parents refusing to get their child checked for heart defects and genetic diseases some of which they know are in their family history but because of American/Canadian pride and guilt they do not want to tell their children about the risk and they lack of knowing.

Back in the 90s
When I took my son to his day care facility; standing in at the entrance was a young, pretty woman from the CDC taking samples of the children's throats. She said they were researching strep.
She never said what the research was about. They went deep into my son's throat and actually hurt and was painful.

Did anyone else about my age have such an experience back then?