Home Donate Contact Us Special Reports Science Email Subscription 2021 RSS Feed 2021 Our Mission
Cardiology. There's a Great Future in Pediatric Cardiology. Will You Think About It?
The Explosion in Special Education is Autism 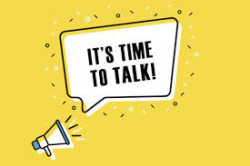 Can we talk about it?

YES, talk about it.

I wish more people would.

It’s the thing that must not be named, you know…*whispers* the covid vaccine...

Many have already shared tons about “it” and about other “its” over the years.  When I think back to when I first wanted to know more about vaccines, I think of the OG, the original voices who spoke up.  Those voices spoke for a growing many.  Their vaccine stories were heard in Washington, D.C. back in 1999.  Parent-founded groups had lots to say back in the day about it and were able to get their message in print, too.  Others shared their plight and other important information in more recent documentaries.

Fast forward to now, and a new generation of people want to talk about it.  They want what it’s done to them and their livelihoods to be known for all to see.

They join thousands of others who’ve questioned vaccines after vaccine injury.  Those others have ‘taken it to the streets’ before and marched in our nation’s capital.   They’ve caught the ear of influential people who’ve also offered to help the cause.  Over the years, moms headed to their own state capitals to rally the people.  From one side of the country to the other, moms got their message about it out there.  Dads did, too.

It isn’t just parents and patients who’ve raised their voices and their concerns; some medical people were on the right side of truth and kept the conversation going as well.  They knew it was worth talking about vaccines.  But not enough people in the mainstream medical community want to warn that these liability-free medical products are risky.

Instead, it remains the patient themselves, or their parents, to keep raising their voices about vaccines and vaccine injuries.

The further we get back into real life with fewer restrictions, the less I hear some people talking about the covid vaccine.  Of course, certain others (mainstream news talking heads, corporate media, and Hollywood spokespeople) still can’t say enough about it.  They insist that it’s the only defense we have against the covid illness.  They believe it’s the safest thing for you.

So, can we talk about it, the covid vax?  Sure!  Yes!  Why not!  They are still under Emergency Use Authorized (EUA).  They are still causing a divide among families.  They all still come with potential risk, even the new one that the FDA recently recommend for EUA.

Of course, we should talk about them, these covid vaccines.  We should because the propaganda has not waned.  The risks have not lessened.  And the side effects, ones known and ones yet to be discovered, are very real.

If you do click the link for #CanWeTalkAboutIt, I hope the people you see documenting their injuries make a difference.  It may be a little unnerving for some to read.  It may be a little bit uncomfortable for some to see.  It’s hard to see other’s pain, loss, disappointment and yes, even anger.  One way to make things a little bit better for the future, though, is to keep every conversation about “it” going.  The media will try to silence these folks.  The politicians will likely turn a blind eye.  But this conversation that the #CanWeTalkAboutIt people started is for the people.  Like us OG advocates, they’re rising up to help others avoid what we could not.  I’m grateful they are getting the word out across social media and pray their message is heard loud and clear.

This is the only English report I can find about a Spanish pharmaceutical president and his family being caught with fake Covid Passports…! Maybe he knows something bad about the these vaccines, what with him being a doctor and all that?

From Peter Imanuelsen on Substack.
“In a shocking scandal that has taken place in Spain, it turns out that the President of the Spanish pharmaceutical company PharmaMar, has been caught by police with a fake covid passport.”
https://petersweden.substack.com/p/pharmamar-green-pass

Is there a LIST of ALL the other countries in the WORLD that are going to begin to inject infants at SIX months with the MRNA vaccines ?

Or is the United States leading the way once again ?

I am reading this and listening in the other room where the Sunday Morning News is showing story after story with Doctors and parents pleading for everyone to get theilr kids under 5 vaccinated.

While I welcome all the c0v1d vax victims to the fold of people who will talk about the damage that can be caused by the sauce, I still shake my head about why we should have to be in the shadows. Why "science" shames everyone who questions them and holds them to the flame. Asks them questions like:

Why is "death" listed as a potential side effect of Gardicil?
What is the effect of the Mercury and Aluminum compounds in the carriers of the vaccines?
Why is/was Thermisol continue to be used in vax products?

Why do I get fact checker warings on Facebook ad banned on Twitter just for MENTIONING vaccines?

This is not science. It is distopia.