Safeminds: New Study Shows 1 in 100 Children Are Diagnosed with ASD Around the World 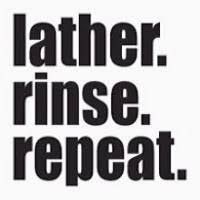 Below is a new article from Safeminds.  Familiar name Andy Shih says, "Efforts at awareness are succeeding." Awareness is a dirty word by now in the USA, but elsewhere in the world, there is a huge need to educate. I recently worked with a Mom in Ethiopia, whose 7 year old has been diagnosed. The stigma and ignorance were severe. Thanks to TACA and NAA, we were able to send helpful materials to her.

Recent research shows approximately 100 in 10,000 – or 1 in 100 – children across the globe hold an autism diagnosis. This figure comes from a new systematic review of 99 prevalence estimates from 34 countries.  A decade ago, the global rate was 62 in 10,000. Similar to the U.S., the study found that boys worldwide are four times more likely than girls to have autism. Also included in the study was the median percentage of autism with co-occurring intellectual disability, which was reported at 33%. The studies analyzed for the review varied in size, ranging from 465 participants to 50 million. The prevalence estimates also varied greatly, ranging from 1.09 in 10,000 to 436 in 10,000. Most of the studies included in the review were conducted in the U.S. and Northern Europe. However, previously underrepresented regions like Africa and the Middle East were also included. The study’s lead author, Andy Shih, suggests that these findings show efforts to improve autism awareness are succeeding and that many regions have improved in identifying, diagnosing, and treating individuals with autism. Shih also believes the rise in the new global autism rate is due to changes in the definition of autism and differences in the methodology and contexts of prevalence studies.

Emma is often correct with a zealotry I reject. We are not in accord.

To: Maureen Meleck
"Responsible Teachers" are you serious. a teacher cannot teach with a absurd symphony of moaning and mumbling sounds and they are even way more unable to teach with physical assaults from disabled children.

Bill,how about responsible teachers instead of seclusion and restraint?
Maurine

Emma;
Bigtree touched on this subject to some of these big shot scientists. .
At last there are numerous big shot although some what dazed/bewildered/aghast scientists that find themselves sitting next to Del Bigtree, Mark Blaxill and others that head up wild, radical autism groups. These scientist never thought in their wildest dreams they would be sitting next to such fanatics.

We are all finding out that there is a lot of fringe groups that maybe are not that crazy after all. t

While the severely childhood vaccine injured get no recognition and little help, a Covid jab injured medical doctor has been awakened to the plight of fellow serious Covid jab injured adults and is organizing to do something to help them. I think you will find his interview quite interesting. Much of his experiences sound quite familiar. Now, if we can just get them to see the childhood vaccine carnage in the same light....

"Jeff & Erica - How The Vax Maimed And Injured
Are Being Hidden And Censored - Special Guest
Is Moderna-Injured Dr. Joel Wallskog MD"
https://mediaarchives.gsradio.net/rense/special/rense_051822_hr3.mp3

I've often thought a lawyer could make money pre-producing a "childhood vaccine injury documentation kit." A child's health pre vaccine would be documented, the vaccine process would be documented, including lot numbers, name of doctor, jab giver, video evidence of shot preparation and injection. Post injection titer test results recorded as well as D-dimer levels pre and post vax. Daily post jab observations recorded for three weeks. Age and biological gender would be recorded as well as time, date and location of jab event. Everything collected could be used in vaccine court. If enough citizens did this for their children, we would have a nice accurate database of real world statistics for vaccine injury.

Meanwhile, Amazing Polly has the latest on MONKEYPOX:

Big Tech & Big Pharma Conspire to Hide A Cure!
"For 180 years the cabal has buried a formerly well known natural treatment (I’d call it a*cure*) for smallpox & related illnesses! I will tell you about this incredible plant."
https://rumble.com/v1646vz-big.html

A more important group of articles on the linked website Disability Scoop. One of these articles is about a child with autism who is still missing and presumed dead after walking away from a elementary school in western Iowa. The child name was Ryan and he had missing person reports on him 6 times before he walked away never to be seen. Parents you need an electronic or GPS "tracker" and you need "seclusion" and "restraint" to prevent these tragedies of wondering and drowning. Sadly most here at Age of Autism are against these and similar measure because of both legitimate 'privacy" concerns and absurd semi-Christian conspiracies about an Anti-Christ or whatever.
There are articles on Disability Scoop website about frivilous "Americans with Disabilities Act" lawsuits. This is something that grinds my gears because of the negative impact on those with all kinds disabilities and being treated with more discrimination from businesses and society due to the fear of those absurd ADA related lawsuits

We could have done without Shih's ignorance. But hey, 25 years later-more people can recognize autism. Even doctors are now able to distinguish between a 15 year old child, non-verbal and in diapers and a child at 15 who is already taking classes at Harvard. Hooray for mainstream doctors. Treating with risperidone . AMAZING!!! The autism pandemic will end soon. Sarcasm will get me nowhere.
Maurine