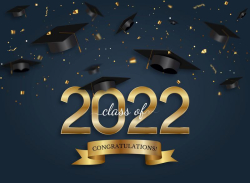 Elizabeth Bonker is raising her voice! Join us in celebrating her success with letterboarding and typing to share her brilliance and beauty with the world. From the Rollins College website: Raising Her Voice

By Elizabeth Bonker ’22, as told to Stephanie Rizzo ’09

Elizabeth Bonker ’22 long struggled to communicate with a world that didn’t always understand or accept her. Now, armed with her Rollins education, she’s starting a nonprofit to bring communication assistance to those affected by non-speaking autism.

At 24 years old, Elizabeth Bonker ’22 already has a resume to which most would only aspire. The social innovation major, English minor, and 2022 valedictorian is an author, activist, lyricist, and founder of the nonprofit Communication 4 ALL. She’s given a TEDMED talk, starred in a documentary, and helped countless others find their voices, all while graduating with honors from Rollins at the top of her class. And she did it all without speaking a word. Bonker is affected by non-speaking autism and communicates solely by typing, and she has a lot to say, especially about the ways people like her are perceived. Hear from Bonker in her own words about her trials and triumphs and the impact Rollins has had on her life.

I was born healthy and could speak as a toddler. Then, at 15 months old, my words were inexplicably taken from me. My parents took me to Yale Medical School, where I was diagnosed with autism. Despite what the doctors said, my parents never gave up on me. They recognized that I was a thinking person trapped in a silent cage.

It was only when my grandmother happened to see an episode of 60 Minutes that things started to change. The show aired a segment on Soma Mukhopadhyay, the creator of a system called the rapid prompting method (RPM) designed to help autistic non-speakers communicate. My mother reached out to her, and we were off to Texas. I was 6 years old, and we had found my Annie Sullivan.

Now, I communicate by typing on a keyboard. But when I first started, I spelled out words by pointing to letters on a letter board. People with non-speaking autism often have difficulty initiating movements, so learning to type is tedious. With months of practice, I made progress, and the world began to open up to me. I started writing poetry because it allowed me to say more in fewer words.

What a lovely and amazing young woman!
She is putting her talents to great use. I hope the door to non-speaking communication will be opened to many more. I remember the struggles and frustration one of mine had with delayed speech. We were able to start him on speech therapy at an early age. He had private lessons that we paid for and I worked with him every day at home. This early intense intervention helped him to begin speaking fluently.