We're approaching the second half of 2022. Another year races on, and real help for autism is at a low point. Go ahead and Google "Autism," just the word. Then look at the news features. Elizabeth Bonker is featured prominently, which is terrific. She's the college Valedictorian who uses spelling to communicate. I will note, and I mean no disrepect to Elizabeth's success, NPR and other news outlets have written that she lost her speech at 15 months.  If she had lost her ability to walk, surely the reports would have said the reason. But regressive autism? Gloss over it and move on. The other news stories are all based on neurodiversity. I suppose we should be grateful there was not a drowning story. Mercury is in retrograde, I'm told. And the world seems to be as broken as can be. I think we should revisit Mark's work. And remember our roots.  Deep and painful as they may be. 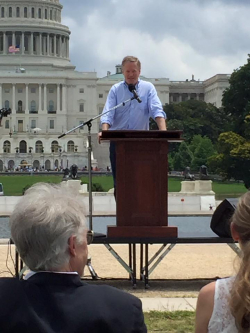 NOTE:  We'll have an audio file to accompany Anne's transcription.  This is part 1 of a 5 part series. Thank you.

Thanks for all you do Mark.

Was trying to find the clip of you testifying before Congress in Washington DC a few years back, will need a little more time.

Congress is on a reckless spending spree before our paper legal tender goes to zero.....

https://www.cbsnews.com/news/rand-paul-ukraine-aid-senate-unanimous-consent/
Who benefits?
NOT YOU.
The government will never admit to nor recognize the vaccine injured.
Buy food and some silver coins while you can. Things are moving fast.

Biden moves to give WHO health-care sovereignty over America
Proposal empowers chief of U.N. agency to declare emergency in U.S.
https://www.wnd.com/2022/05/biden-moves-give-health-care-sovereignty-america/

Let's not forget the violent death of a certain doctor who dared to successfully help autism sufferers with GcMAF....

And all the time were told its nothing to do with vaccines so dont even look there,which says it all we can all go hoe now.

Health adults dropping dead these days after Covid vaccines but its nothing to do with vaccines .sure it aint.Just like this lady below how must she feel i cant imagine or would i ever want to.I can only give her all the sympathy in the world.

Baby drowned in three inches of bathwater when her lawyer mother fainted a day after taking AstraZeneca Covid vaccine
Louise Atkinson blacked out bathing nine-month-old Eleanor at her Dorset home
Husband James came home to find door blocked by unresponsive wife on floor
The baby could have been submerged for as long as 30 minutes, inquest told
Lawyer Louise Atkinson blacked out as she bathed nine-month-old Eleanor, nicknamed Ellie, the day after receiving the first dose of the jab.

Her husband James came home from a trip to the dentist and pushed open the bathroom door to discover it had been blocked by his unresponsive wife on the floor.

To his horror, he saw their baby daughter face down in the bath turning blue

Thanks Anne and Max one day we will win.