The United States' Celebration and Simplification of Autism Helps Whom? 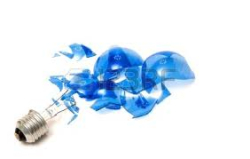 My stories from  Loss of Brain Trust  last week only confirm what we all know, namely that the number of disabled kids will continue to flood schools, both here and abroad, and the people in charge will not ask why it’s happening.

Over and over we’re told that increases are real. No one bothers to promote the tired line of “better diagnosing/greater awareness” that’s been around for the last 20 years. Instead, no explanation is given.

Steinburg said the demand for autism treatment services is only growing, and the new clinic meets the needs of Greater Bangor. …

…That’s because, since the turn of the millennium, the prevalence rate of autism increased by 200%. And Miller pointed out that now, the number of children who need to be evaluated for the disorder is “incredibly high” compared to the number of professionals who have experience with it.

But long waitlists are an issue for patients since a formal diagnosis is key to accessing autism services.

“When autism was rare, a lot of systems were put in place to make sure that the person really had autism before you offered or provided really extensive or expensive interventions,” said Miller.

NeurAbilities Healthcare will open treatment centers in Northeast Philadelphia and Hatboro/ Warminster Township in April, and in Center City Philadelphia in July. The nationally accredited, Voorhees-based practice launched a major expansion in 2020, adding five sites over the past two years. With its latest additions, NeurAbilities will operate a total of 12 facilities: four in New Jersey and eight in Pennsylvania….

“Many children in the Greater Philadelphia region are in need of diagnostic evaluations, treatment or both, and many remain on waiting lists.

Coun Dale said: “What we’re proposing to do is invest more in increasing places at existing special schools in particular with a focus on autism, because that’s where we recognise there isn’t a huge attention at the moment and more and more kids getting a diagnosis.”

Shrewsbury, MA: A ribbon-cutting ceremony will be held as another autism center opens on April 23rd.

The agency has three existing locations in Connecticut and Massachusetts, with another two in Shrewsbury and West Hartford, Conn. opening soon. Another separate autism care center, Autism Care Partners, opened in Worcester in mid-March.

InBloom Autism Services initially began offering diagnostic evaluations for ASD back in January of 2020,… InBloom has since made investments to expand its ability to connect with families currently seeking or waiting for an evaluation from a clinical psychologist, including opening additional Learning Center locations throughout the state….

…"The waitlist for those evaluations can sometimes be a year or year and a half, and many insurance providers will not continue to authorize treatment while the families are awaiting those diagnostic evaluations.

Regional Australia: 30,000 autistic children have to compete for schools and places.

Outside the big cities it can be next to impossible to even get a diagnosis, let alone support. Only 40-percent of these kids attend a special school or special classes.

Leicester, England: The county council is providing $6.3M for a new special school for disabled kids, specifically those with “complex autism.”

A photo of the ribbon-cutting ceremony with smiling adults was included.

“We’re working hard to meet the growing demand for SEND provision in the city, both by increasing capacity at our special schools and by creating additional specialist places within mainstream schools.

“These 60 additional spaces at the new Knighton Fields campus are just part of our commitment to increasing our specialist support for children and young people whose needs can’t be met within mainstream education….

…The council has committed a further £16.5m [$22M] to expanding its SEND provision over the next two years, with plans already in place to increase capacity at a further eight sites.

Hertfordshire, England: A story about a mother’s efforts to help parents navigate the muddy waters of procuring services for their disabled children had this sobering info:

Corina says she wasn't the only one and Hertfordshire wasn't the only county that struggled with SEND places. Due to the number of children living with SEND, all specials schools are oversubscribed and the funding just isn't there to help people properly.

The parents say their children are being "failed" by the local authority, as their special educational needs and disabilities (SEND) are not being met in mainstream schools. Some feel they have been left with no choice but to pull their children out of school entirely….

"Figures show there were 302 children being electively home educated as of December 2021, but we know from speaking to parents that many of them have only chosen this path because they feel they have no other choice….

"In some cases, the council is refusing to assess these children and parents are having to go to mediation to get an Education and Health Care Plan (EHCP) that accurately represents their child's needs.

Northern Ireland: The special education crisis in NI is beyond being a crisis, it’s a disaster.

THE scale of the crisis in the special educational needs sector in Northern Ireland is "unquantifiable", a teaching union has warned….

"Around 80,000 school-age children in Northern Ireland have some form of special needs, almost a quarter of all pupils. More than 18,000 of those have a statement. However, it is likely the statementing figure should be higher. For instance, last year almost 4,500 children were waiting for an autism assessment.

"So in truth the scale of unmet need is currently unknown while schools are expected to struggle on themselves without the capacity to provide proper support for children with increasingly complex social, emotional and behavioural difficulties.

Co. Louth, Ireland: Parents: ‘Our state is failing our children’ with limited numbers of paras in schools.

April is Autism Awareness Month. The importance of that is because the number of children diagnosed with autism continues to increase. Learning more about the disorder and raising awareness becomes increasingly important.

According to the South Louisiana Medical Associates, the rate of autism is rising, and it is more important than ever that individuals and families affected by autism receive sufficient support and services. …

…In a Dec. 2, 2021, press release the CDC updated their earlier statistical statement, saying: One in 44 (2.3%) 8-year-old children have been identified with autism spectrum disorder according to an analysis of 2018 data published in CDC’s (December, 2018, weekly) Morbidity and Mortality Weekly Report (MMWR) Surveillance Summaries.

Oxfordshire, England: More special schools could be built in Oxfordshire.

The SEND review is a ‘response to the widespread recognition that the system is failing to deliver for children, young people and their families’.

The review proposes to establish a new national SEND and alternative provision system, which will set nationally consistent standards for how needs are identified and met at every stage of a child’s journey across education, health and care.

This could see an additional £1 billion [$1.3B] invested in the school budget in 2022 to 2023, to support children and young people with the most complex needs….

“We need more special schools and places for alternative provision.”

The experiences of many is that they must ultimately have the issue determined by an appeal tribunal where up to 95% of parents appeals are successful; such a high success rate must surely show that there are huge flaws in the system?

Part of the challenge is the huge demand placed on stretched local authorities and schools; one in six children in England have a special educational need or disability which is the equivalent of five in every class.

A lack of specialist help is also a huge issue with children are stuck on waiting lists for many months before they can access support from occupational therapy to speech and language assistance.

There was positive news from around the U.S. that should dispel any real concern that anything is wrong.

Each ride and attraction has a sensory guide to provide insight into how a child with sensory processing issues may be affected. …

Every employee is also trained on how to attend to children with autism and their families.

Both Shreveport, LA and Parkersburg, WV published stories telling us that the April is now, Autism Acceptance Month, not awareness month anymore.

In Macon, GA they’re going to “celebrate the autism community” on April 30th.

Miami: All police officers will have autism training by 2023.

April is Autism Awareness and Acceptance Month, and the Miami-Dade Police Department is committed to training its police officers to recognize the signs and symptoms of Autism in order to effectively communicate with people who have the developmental disability.

On Friday, the department announced the launch of its ambitious Autism and Sensory training sessions to every member of the police department by 2023. …

The Department already has an “Autism Awareness” vehicle, which features a motif of solid red, blue, yellow, and green puzzle shapes, and initialed handprints of 28 autistic children of Department employees….

Thank you, Anne, for your important and tireless efforts to highlight this worsening situation.

When I was young (a very long time ago), autism was virtually non existent. In our village I only remmember one child with what could be called 'special needs'. It seems unbelievable that people accept the increase without questioning what could be causing this impending disaster. I can only assume that those in authority are just 'kicking the can down the road' and hoping that they will be retired before a 'reckoning'.

It is ssuch an enormous elephant in the room that nobody is prepared to see.