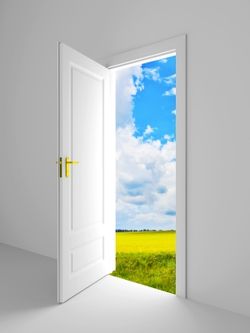 A 19 year old with autism left home in September of 2019, and was neither seen nor heard from by his family, until concerned police saw him shivering outside of a gas station hundred of miles from home, and asked him to come warm up in their car. They used instinct (his communication was different) and compassion to unravel a mystery.

In 2011, a debate raged on whether the CDC should create an insurance code for WANDERING so that medical professionals could add this diagnosis to protect with autism. We know that children wander and drown regularly. Most of us have experienced at least one hair raising and heart stopping instance of our children disappearing. Ari Ne'eman, then the darling of the neurodiversity movement, pushed hard against the code (which was ultimately created and is in use):

Ari Ne’eman, president of the Autistic Self Advocacy Network, argues that there is no research to suggest that wandering is medical in nature rather than a behavior that should be addressed through a social support system.

“For a lot of people with significant impairments, trying to leave a situation can be one of the only ways for them to communicate that they are facing abuse or facing an overwhelming situation. If this is put into a medical context then thought may not be given to why,” says Ne’eman whose group is working with The Arc, TASH, the National Disability Rights Network and others to oppose the CDC plan. Source Disability Scoop

The news reports offer no clues as to why he left home at age 16, or whether he attempted to get help or contact his family.  The family moved from California to Idaho while their son was missing. We may never know why Connerjack Oswalt left home.  His stepfather drove to Utah to identify him, while his mother remained in Idaho.  CNN aired an emotional video of his Step Dad telling his Mother that he'd been found. He has not returned home, but is in a treatment facility.  He was able to stay alive. How? Where? With whom? Was it wandering or purposeful leaving? If Ne'Eman's analysis holds true, even if leaving was fully voluntary, his days must have been fraught with danger. It's quite story. Hug your kids.

Well bipolar; I know a bit about it, been up and close and personal.
A person is ill and it affects the mind; not clear thinking or good judgement.
Lithium has something to do with keeping inositol around, recycling it.

At first they said some one with bipolar should not take it, which means that it is involved and they know just enough to be dangerous in the said treatment.

inositol; is a member of the vitamin B complex necessary for growth of yeast and of mice; absence from the diet causes alopecia and dermatitis in mice and "spectacle eyes" And yeah a person with bipolar should take that supplement.

Karen Kingston that is a Pfizer scientist turned whistle blower said she and her group was going back through the patents. THey found SEVEN different spike protein patents. All they have to do is snap those spike proteins into their special little coronavirus and get any number of things ranging from : cobra, to Krait, to HIV, to rabies with an additional staph bacteria parts, and well I am not sure - strep? I would like to find out more about that? If it is strep then I have to question the 2019 article in the Somerset news paper in Oct about peds reporting a high incident of OCD/strep

@benedetta Freudian slip saying “metal illness”? Just watched Minamata which documents mercury poisoning although I wished for more in that movie. Worth seeing (I bought it on Amazon ) but I wanted more stats, more explanation about the how, more demonstrations of the injuries. Heartbreaking.

Lithium which treats bipolar, is a metal.

"I support the use of tracking devices for those with developmental disabilities and dementia and legitimate mental illnesses. "

Exactly Bill,but the pharma .guv puppet muppets dont,Now why would that be? maybe they dont want to know? is that it? why? because they would have to cough the dosh for every case and not just toss them on to the streets and into prisons...follow the $$$$$ Bill

Joe wanders off.....
Rescued by the Easter Bunny!
https://www.breitbart.com/politics/2022/04/18/easter-bunny-interrupts-joe-biden-while-talking-about-afghanistan/

Alzheimer's patients also are also known for wandering. I remember that my college roommate's grandfather wandered off from his memory care facility. They found him drowned in a pond on the property. So sad. This is why they now have lockdown facilities.

Bill : Honey; I have been confused on a lot things. I get a few of these straighten out and here comes more things with unbelievable reason behind them, only to slowly; finally see that yeah unbelievable things should have been believed.

As in your statement on homeless are just basically drug addicts.
And Schizo is rare. If only it was. What is Schizo anyway? Some kind of mental outcome with many biological messed up pathways to get there.

But if you are homeless and you are on drugs -the chances are very good that you had a metal illness to begin with and that is how you finally arrived on drugs to self treat which could easily make them worse and of course homeless.

Our homeless numbers, our drug addicted numbers are very linked to rising mental health problems which are linked to our immunization programs at a young age.

There are people in our pubic health agencies that really do need killing. So far though the justice system has just taken over, and housed our population of mental illness

to every one else this is the strangest story of all time.
He survived for three years on his own. His family moved, his foster father showed more concern than his birth mother once he was found. Where they really looking for him. Boy the real story would be interesting to know and I am sure heart breaking.

Some if not most people with mild intellectual disabilities even those that can barely talk can survive... barely on their own. I guess he was a homeless beggar. He could have been in a shelter part of the time. Some people who are homeless are legitimately developmentally disabled not mentally ill or drug addicted.
By the way mental illness especially schizophrenia is over-diagnosed in the homeless, drug addicted or both population making those with legitimate serious mental illness more prone to disease and death on the streets because of a inflated number of people using social services who are just drug addicts and or homeless and nothing else. Schizophrenia resembled dementia and autism more in it's signs and symptoms when the patients were recorded in writing and video footage in the early half of the 1900's. Now this "rare" form of schizophrenia is called "catatonic".
I support the use of tracking devices for those with developmental disabilities and dementia and legitimate mental illnesses. We need to reopen mental hospitals and developmental centers to prevent tragedies.