Will Autism Acceptance Include Funding? 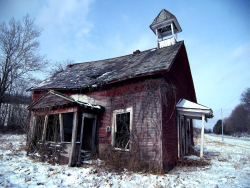 In the U.K. stories now repeatedly tell us that April is “Autism Acceptance Month.” I’m sure that will be happening in the U.S. as well. It makes sense since there is no talk about actually addressing why so many children have autism and reducing the rate. We’re continually told that the rate will continue to increase. I suppose there’s nothing else to do but keep on paying and building.

Here are some highlights from the past week news coverage from Loss of Brain Trust.

Hackney: Hackney Council has committed to investing £1 million [$1.3M] into creating nearly 100 new classroom places - including a state-of-the-art new building - for young people with high needs at four potential sites in the borough this year. …

It marks an ongoing period of dedicated local investment in special educational needs and disability (SEND) provision, following a 49% increase over the last five years in the number of children locally identified as needing specialist support.

Dorchester: School children have been quizzing adults on their experiences with neurological conditions like ADHD and Autism. It's part of Neurodiversity Celebration Week at Prince of Wales First School.

Glastonbury: The council has been seeking a more central base for these services in the Mendip area, arguing the Frome centre can no longer meet pupils’ needs and that Glastonbury represents a better, more central location….

…“This will meet the strategy of providing good quality local school places appropriate to pupils’ needs, in order to alleviate financial pressures on high needs block of the dedicated schools grant and our school transport budget....

Wales: The Minister for Education and Welsh Language, Jeremy Miles, has announced that learners with Additional Learning Needs (ALN) will benefit from a further £4.5million [$5.9M] investment….

…The funding is in addition to £26 million [$34M] already allocated this financial year to local authorities and education settings for ALN learners. £4 million [$5.2M] will go directly to special schools and specialist units to help provide extra support for children and young people with ALN.

Stroud: “The proposed new school would offer 60 places for children aged 4-11 years with MALD for the academic year 2023/2024 in the school building formerly occupied by Severn View Primary Academy,” said a council spokesperson….

“There is an increasing demand in Gloucestershire for special school places which means these children sometimes have to go to schools out of the county or to independent schools when there aren’t places available locally.

Chipping Barnet: A plan to create a new school in Chipping Barnet for pupils with special educational needs has been approved by councillors.

The Windmill School in Moxon Street will be a free school for pupils aged between five and 18 years with a diagnosed autistic spectrum disorder and an education, health and care plan (EHCP).

Due to open in September next year with an initial capacity of 23 pupils, rising to 90 by 2026, it will be the only autism-specific maintained school in Barnet….

There is a growing need in Barnet for special educational needs and disabilities places at both primary and secondary level, particularly for those with autism.

Kirklees: The deal addresses a historic shortfall in budgets for services that support local children with some of the most complex needs.

Since 2016, Kirklees Council has argued that government funding – provided to schools through the Dedicated Schools Grant (DSG) – has not kept pace with demands on SEND services in Kirklees schools. …In the current year, the deficit stood at £34m [$45M]. The deal means a £13.5m [$18M] cash injection this year with further support to eliminate the deficit by 2026/7.

…Funding simply hasn’t kept pace with rising demand and it wasn’t sustainable for the council to continue to make up the shortfall.

The city currently has 356 placements for children and young people with autism at the specialist Thomas Bewick School in West Denton and within mainstream schools, while commissioning a further 110 at independent providers at a price of £3.2m [$4.2M] – excluding the cost of home to school transport. Mr Patton warns that the number of pupils with autism has risen steeply in the past two years and forecasts now indicate that the city will need to create an extra 320 to 380 places to keep up with demand.

Thomas Bewick School has grown from having 53 pupils when it opened in 1999 to 274 pupils on the roll at present and it now operates across three sites. The education chief’s report states: “Given the previous growth and current size of Thomas Bewick School, indications are that an additional special school will be required as well as new or enlarged additional resourced provision within mainstream.”

Bournemouth: BUP to ten BCP schools may be interested in taking on more pupils with special education needs and disabilities….

The idea is being considered in response to an inspection of SEND provision in the council area which has resulted in the department and the Dorset Clinical Commissioning Group having to produce a Written Statement of Action to explain to the Department of Education and Ofsted how it will improve services.

The authority put aside £10m [$13M] for capital improvements for its SEND provision, much of which has yet to be allocated….

Devon: A school, based almost entirely outdoors, is getting ready to mark World Autism Acceptance Week. The week, which runs this year from 28 March to 3 April will highlight that the numbers of diagnosed children are on the increase, with most recent statistics saying that around one in 57 (1.76 per cent) children in the UK is on the autistic spectrum.

Liverpool: A series of public engagement events is to be held as part of a proposal that would see special schools moved across Liverpool…

A consultation has been launched that could lead to special educational needs and disability (SEND) school pupils being transferred to a site 14 miles away. Liverpool Council is staging an engagement exercise touting the possibility of three city special schools and pupil referral units changing locations in a bid to meet demand for places….

Meanwhile in America, the autism news is all about autism centers either opening or expanding. Places like Palestine, TX, Scottsdale, AZ, Las Vegas, NV, Sioux City, IA, and Bangor, ME. No one is asking why there are so many autistic kids out there that have to be provided for. There just are.

I have come up with an idea for renaming April. How about We Can’t Pay for Autism Month?

As we all know what the statistics dont reflect is the destruction of these children and their families which should never have had happened totally avoidable.Shame on all the politicians from all the diffrent Partys you all failed.

Thank you again, Anne, for this timely article.

I have posted to my FB page (one of the few articles I ever post), and hope that it may wake up some of the sleeping people.

Your efforts really are appreciated.