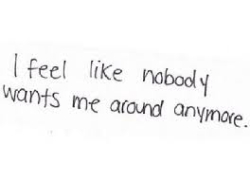 “Mrs. Jameson,” a young girl said to me when I approached where she was playing, “When I do this (presses her shoulder), it hurts,” she shared.

A few minutes later, a sinking feeling fell over me.  It wasn’t just that her shoulder hurt; it was where she pressed on her shoulder that made me sigh a deep, heavy sigh.  I didn’t know this little one too well, so I didn’t ask her why it hurt when she first mentioned it.  I did have that opportunity later, though, to get the rest of the story.

“Oh, it’s because I got my flu shot yesterday,” she said.

Flu shot?  Now?  Why??  I wanted to ask.  Since it’s none of my business, and because she was such a young child, I kept those questions to myself.  I know the flu virus doesn’t care what time of year it is, but I thought it was rather late in the “flu season” to get the shot.  What changed?  She was not the only young person I’d recently learned had gotten it, so I tried to recall what I’d heard recently in flu shot news.

I gave up listening to the radio for Lent, so I’ve missed quite a bit of on-air news these last few weeks.  I’m in the car a lot, which always provides ample opportunities for me to tune into all sorts of news and music channels.  I remembered that right before I turned off the radio for 40 days, I started to hear chatter about the flu shot.  “It’s not too late to talk to your doctor about getting the flu vaccine,” one of the talk radio hosts had pushed.  I tend to turn the channel when the talking heads start talking about that stuff, so maybe I missed the latest flu shot roll out.  Maybe I missed that the pharmaceutical companies were throwing ad dollars to the media hoping to play catch up with lost flu shot revenue.  After all, covid had taken center stage and pushed the flu right off its pedestal.  The flu all but disappeared last year.  With the massive drop in cases being reported last year, maybe the need to promote flu shots also disappeared. 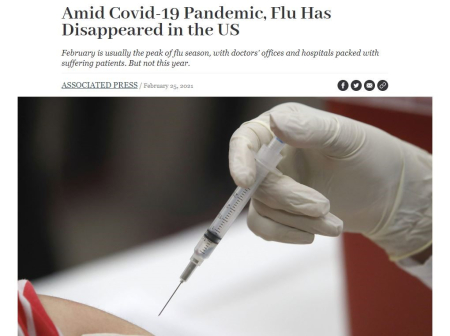 NEW YORK (AP) — February is usually the peak of flu season, with doctors’ offices and hospitals packed with suffering patients. But not this year.  Flu has virtually disappeared from the U.S., with reports coming in at far lower levels than anything seen in decades.

Gone.  Completely.  Just like that!  Too bad it didn’t last.  It was nice to get a break from the constant advertising that happens each flu shot season.   I didn’t miss those one-sided ads at all, but I did miss the reporting of how effective the powers that be

claimed those shots were earlier this year.  They’d be pretty effective!  You’d be like a superhero if you got one, too.

As if orchestrated, the flu - and that money-making flu shot, came right back this year.  Apparently, TV personalities and TV doctors joined in to do pharma’s bidding early on. It didn’t happen in this segment, but that TV doctor encouraged getting a covid and a flu shot at the same time.  I’m not sure why he’d promote that when unbiased, long-term studies on combining those two liability-free products haven’t even had a chance to be done yet.  I guess that’s part of the tactic of cheerily rolling out the vaccines hoping the public will roll up those sleeves of theirs.  That aligns with the CDC’s claim that they work “…each year to increase the number of people who receive a flu vaccine and eliminate barriers to vaccination.”  Like previous years, though, the vaccine effectiveness (VE) is questionable.

That admittance should be part of the propaganda rolled out that happens in the late summer/early fall.  Instead of cautiously warning the public that the VE will likely be low again, the vaccine promotions tell only one side of the story - that the shot is perfectly perfect in every single way.

Even though it isn’t.

It has never come close to being 100% effective,  which I would think consumers would prefer it to be.

The young girl, who I saw again last week, has not come down with the flu that I know of.  That’s a good thing.  Besides shoulder soreness, which hopefully doesn’t turn into SIRVA, it appears to be only a minor negative reaction she’s experienced.  She’s not my child, but I do worry about kids having negative reactions from flu shots, especially in children aged 10 and younger.  I pray she will continue to be spared as time goes by.  My son wasn’t spared ill effects when I opted for two doses for him.  Those might’ve helped ward off the temporary illness then, but they didn’t prevent the vaccine injury he still deals with now.

Vaccine injury doesn’t discriminate.  It can happen at any age, to anyone, and cause serious problems.  I cringe knowing that this girl’s parents, and other young parents, might not know to take vaccine injury seriously.  How can they when they’re glossed over and not talked about like they should be.

This years flu shot is "Worthless" and at best has 16% Effectiveness.https://thevaccinereaction.org/2022/03/influenza-vaccine-effectiveness-estimated-at-16-percent/

We’re not supposed to believe that what is injected into us is anything but safe, and pure, and good for humanity.

I hope that little one is ok.
Thank You Cathy for all you do!

Moderna was talking about this almost a year ago:

"(WSYR-TV) — The future of vaccines may be a single shot that will protect you from COVID-19 and the flu.

"“In the same single shot, you get a high efficacy flu vaccine, the appropriate virus variant for that given year, and you walk into your CVS and you get one dose and you’re all set for flu and for COVID,” said Stephane Bancel , CEO of Moderna.....The company hopes to use its messenger RNA technology that forms the basis of its COVID shots to adapt to changing viral strains, to knock out several viruses with one needle. "
https://www.localsyr.com/family-healthcast/the-future-of-vaccines-may-be-one-shot-for-covid-and-flu-immunity/

So will your body now not only produce spike protein, but some new flu virus protein?
It is my opinion that mRNA technology is the perfect way to cover their mercury/aluminum/adjuvant tracks from old style vaccine injury. Perhaps autism and Alzheimer's will fade away, but clots, strokes, heart attacks, myocarditis, etc. will be off the charts.

Meanwhile, the yearly flu vaccine cash cow will perpetuated. The Covid jab can't be separated out.
It's the new "MMR".

Hello everyone! Excellent points made in article. Vaccine injury is only rare if it doesn't happen to you, or a loved one. Once it does it lasts a lifetime. So many conversations occurred last year regarding the COVID 19 shots. People would say I got my shot, how about you? It offered me a chance to explain vaccine injury and how the pharmacutical companies have no liability for any injury caused by their products.