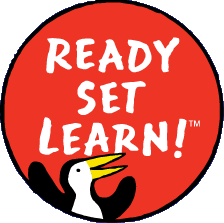 One of my daughters finds great comfort and joy in the TV shows she watched as a toddler and youngster. Every so often, she finds a way to tell me that she wants to find a certain program on YouTube. Yesterday, she was singing a song in her inimitable fashion. It took me a several listens to know what she was singing. From 1992 - 2008, The Learning Channel had early morning children's programming that they called "Ready, Set, Learn." The bumper  between shows when my daughter watched was an adorable cartoon about a penguin named Paz and his Mom. Shows included Skinnamarink TV, Jay Jay the Jet Plane (before CGI!) Hip Hop Harry, High 5, Peep and the Big Wide World (before PBS) and Pappyland. Pappyland was a local programming show from Syracuse, that found its way to the big leagues on TLC. Yesterday, my daughter was singing the Pappyland theme song. I found episodes on YouTube, and I only wish I could show you her JOY as she heard the theme song begin.  She sang at the top of her lungs, and stimmed, and smiled her beautiful smile.

We all crave certain comforts, nostalgia is soothing. Is this what drives my daughter?  Is this when he neurological status fully changed - into autism - and she is stuck there? I don't know. I know that she is very happy. And I will be listening to this song for quite some time. I until I unravel the next mystery for her.

I'm sure some folks would tell me to extinguish this juvenile behavior and bring her forward. I will, just as soon as the Brady Bunch episode is over....XOX

There’s nothing wrong with a little nostalgia. We can ALL appreciate that feeling! And as if extinguishing it would really make a difference at this point? If you even *could* manage to extinguish it … Autism’s issues go way deeper than that.

I recently discovered - much to my dismay - that one of my (almost completely recovered) teen sons has become afraid to have any passions at all in life, due to years of being told by the “experts” that any thing which he ever pursued passionately as a child was a “perseveration” and should try to be “extinguished”. When the rest of us are big fans of something it’s just called … a hobby or a nostalgic passion. So now my son has hardly any hobbies and doesn’t even know what his interests are anymore. He now needs to get back in touch with himself and relearn how to enjoy life … the way the adults do. These would be his potential socialization opportunities in college; his college major; his career choices! Who wants to go through life as a numb robot? All work and no play makes Jack a dull boy, as the saying goes.

Suppressing the joys of life is so evil. And the lockdowns haven’t helped either. This is yet another way our ASD kids have been screwed over by the system …

Kim-My adult son with autism also still loves to watch his favorite Sesame Street, Thomas the Tank Engine and Disney shows from when he was very young too. He always has a big smile on his face while watching and it is so nice to see him so happy. I know he is watching things that are supposed to be for a younger audience, but it gives him such pleasure and I just want him to be happy and enjoying himself. We are in the same situation.