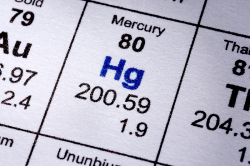 Does anyone remember why Age of Autism was launched 15 years ago? Hint, it's in the title of Dan Olmsted and Mark Blaxill's book The Age of Autism: Mercury, Medicine and a Manmade Epidemic.  Safeminds posted relevant research this week:

New research from Saudi Arabia has investigated the effects of methylmercury chloride (MeHgCl) exposure on BTBR mice. BTBR mice are an inbred mouse strain that exhibit core symptoms of autism-like behaviors. The authors of this new study hypothesized that MeHgCl exposure could be associated with further neurobehavioral and immune dysfunctions in BTBR mice due to their genetic susceptibility of behavioral and immune system abnormalities. To prove their hypothesis, the researchers split the BTBR mice into two groups. The first group served as the exposure group and was administered MeHgCl daily through a saline solution for 28 days. The second group served as the control arm and was given a solution composed of saline only for the same period of time. At the end of the experiment, the researchers observed that the exposed mice had increased stereotypical behaviors (marble burying, self-grooming), imparied social behaviors, as well as locomotor problems. Additionally, the team also found that the exposed rodents had increased the production of CD4+IFN-γ+, CD4+T-bet+, CCR9+T-bet+, CXCR5+IL-9+, CD4+IL-9+, CXCR6+IL-17A+, and CD4+IL-17A+ in the cells of their spleens, which demonstrates immune system imbalances. Furthermore, MeHgCl exposed mice had increased mRNA and protein levels of pro-inflammatory cytokines in their brains and blood serum. The control group mice did not exhibit any of these symptoms or outcomes. The study’s authors believe their findings suggest that MeHgCl exposure further causes neurobehavioral and immune dysfunction in a susceptible host such as the BTBR mice strain. Ultimately, the team feels their results could be used to design better therapies to counteract autism-associated social deficit and immune system dysfunction during MeHgCl exposure.

Hello autism mom-I also have been following the research of the drug CM-AT by Curemark and it has been submitted to the FDA for approval, but has not gotten that approval yet. I don't know why the FDA has been so slow to approve a drug that has proven safe and effective in curing the core symptoms of autism. I have tried contacting Curemark with no response or explanation. I am very frustrated as my son is now an adult and we can't wait forever to try this new drug that could be the answer to a cure for autism. Maybe you could also do some research and try to find out what is happening. I also remember suramin, but have not heard about it or an outcome for several years. I also remember the trials for the drug Arbaclofen that were supposed to help people with autism and the company stopped the trials even though the parents reported improvement in their children's condition.

Of course, the PTB have already exerted their malign influence.

I was so naïve in the past. I thought Autism Speaks or government funded researchers would help us. Whatever happened to Suramin? (eight years since phase 1 and still no phase 3 trial in sight?) Where are the enzymes - CM-AT? And of course the number one treatment, per parent survey by ARI in 2009 - gasp - chelation
https://emeramed.com/about/?cn-reloaded=1

Can you find the study done by Dr Paul Thomas of Oregon that reviewed his private practice comparing outcomes of vaxxed vs nonvaxxed vs partially vaxxed kids?

It is mercury causing the problems. I think people got off the topic because the CDC claimed they removed it from the pediatric schedule. Now everybody is up in arms about aluminum. Aluminum causes symptom, but nothing like what we are seeing in our kids now. They suffer from a multitude of different problems and it is mercury and only mercury that causes over 250 different symptoms ranging from indigestion to psychosis.

I dreamed about my father last night. He was a brilliant man, a Rhode's scholar, but mercurial as all hell. (He kept a bottle ofThimerosal preserved neo-synephrine nose drops under his pillow at night, he used so much.) In the dream he was experimenting with nootropic candies, shaped like fruits and veggies. "Daddy," I told him, "I have been working on this mercury thing for ten years now. I wish you would consider what a profound effect it is having on our society."

Doesn't seem like much of a ground breaking study to me. Do they even identify the genetic immune factors?
Maurine

Interesting mice still used when they coud do a non vaccine study v a vaccinated study in humans ,the subject matter is out there already-why use mice?Its as if were still back in the dark ages of Autism and not a lot has moved forward.