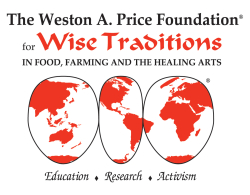 Thanks to Laura Hayes for sharing this video featuring Leslie Manookian speaking at the Weston Price Foundation Wise Traditions 2021 event about the state of politics, vaccine passports, medicine, digital id coordination, social credit score and much more.  There's a Q&A at the end.  Leslie is Founder and President of the Health Freedom Defense fund.

In 2014, Leslie produced a movie called The Greater Good: THE GREATER GOOD is an award winning character-driven documentary that explores the cultural intersections where parenting meets modern medicine and individual rights collide with politics. The film offers parents, doctors and policy makers a safe space to speak openly, actively listen and learn from one another. Mixing verité footage, intimate interviews, 1950s-era government-produced movies and up-to-date TV news reporting, THE GREATER GOOD weaves together the stories of families whose lives have been forever changed by vaccination.

2014 is a lifetime ago for autism. Since then, there is no longer any sense of urgency or worry for the future of the thousands of young adults with severe autism who are or have have aged out of school, or their families. The focus is on acceptance and awareness of the special gifts, the difference. Can you imagine that? Spend a day in the home of many of our readers, and tell me that autism is a difference. We're about to hit April - and the nonsense will be blooming along with the daffodils.

David,
Thank you for your very kind words and the suggestion on Medicare. I also loved the quote from 1962 which I had not heard.
Kind regards.

AF,
It is hard to say how this will play out but I do believe cyber attacks are coming and digital systems will be down. Grocery stories will have to choose to take your cash or make no sales, my guess is they’ll choose the former. History teaches whether in war or tyranny, humans attempt to survive by circumventing the system imposed so cash will be handy. I believe 3-12 months of monthly bills in cash may be useful.
Best.

Also worth sharing, this quote from 1962:

"“The tendency of a mass vaccination program is to herd people. People are not cattle or sheep. They should not be herded. A mass vaccination program carries a built-in temptation to oversimplify the problem; to exaggerate the benefits; to minimize or completely ignore the hazards; to discourage or silence scholarly, thoughtful and cautious opposition; to create an urgency where none exists; to whip up an enthusiasm among citizens that can carry with it the seeds of impatience, if not intolerance; to extend the concept of the police power of the state in quarantine far beyond its proper limitation; to assume simplicity when there is actually great complexity; to continue to support a vaccine long after it has been discredited;… to ridicule honest and informed consent"

Statement from Clinton R. Miller, Intensive Immunization Programs, May 15 and 16, 1962. Hearings before the Committee on Interstate and Foreign Commerce, House of Representatives, 87th congress, second session on HR 10541

Such a powerful presentation. I always find it worthwhile listening to what Leslie is thinking and doing. Her documentary The Greater Good inspired me to fight vaccine tyranny.

I particularly appreciated her review of the financial history leading up to the Great Reset and how it has led to the impending financial collapse. I didn't know that Congress exempted the foundations from taxation in the disastrous year of 1913. One major factor that she missed, at least with respect to the U.S., is that the government has made completely unsupportable promises to pay for Medicare, for generations to come. The unfunded liabilities for that program actually dwarf the government debt and unfunded pension obligations.

I was a delegate for Ron Paul in his 2008 bid for the presidency. There was great hope surrounding that campaign and for his vision of returning our country to fiscal and monetary sanity. When he lost, and the establishment ignored his prescriptions, and doubled down on the runaway spending and money printing, I felt a lot of despair. I thought that our government had blown its chance to course correct and avoid financial collapse. These issues were once again ignored but never went away. The fantasy that the government was somehow not subject to economic law continued in the minds of politicians, pundits, and most voters. We are now facing the consequences of all of these decades of recklessness. Leslie refers to these problems as socialism, which is accurate, but they might better be described as the welfare state.

Great presentation! My question is: how to pay for groceries, etc. if they are taking away cash and you do not want to accept their alternative payment plan (i.e., digital currency or chip, etc.)
Should all funds be removed from the bank and put where?

Thank you Laura and Leslie.

Excellent presentation, Leslie covers over 100 years in about 2 hours, I still need to listen a bit more.

Should be mandatory for every Senior in High School so they understand what has happened and what is going to happen to the United States and the rest of the world.

"The U.S. Army issued orders to all Army commanders in the Fragmentary Order (FRAGO) number 5 to the Headquarters Department of the Army COVID Operation Order on Sept. 4, 2021, that states: "Commanders will ensure sufficient doses of Department of Defense approved vaccines are on hand and available for their unit." [Emphasis added.]

The FRAGO number 5 order for COVID vaccines is clear, but to this date, commanders are in violation of this order in failing to check and ensure that "approved" vaccines are on hand......that the only vaccines for use will "receive full licensure from the Food and Drug Administration (FDA), in accordance with FDA-approved labeling and guidance.""

"A simple walk to the medical centers where commanders are ordering their soldiers to receive their injection is all that has been needed to answer the question whether Comirnaty™, the only FDA-approved COVID vaccine, is available. Comirnaty is not available in the United States, especially not to the military."
See entire article:
https://www.wnd.com/2022/03/army-whistleblower-exposes-command-violations-vax-mandates/

My concern is that if they call up the draft over Russia/Ukraine, they will be able to force vaccinate many young men/women who have previously been able to avoid the jab.