An Extra Weight to Bear - Escape and Autism 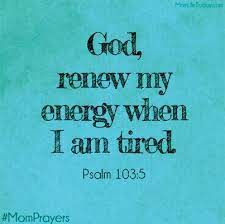 We live in a neighborhood with several young active duty military families.  Some of the guys will exercise and run through the streets with their military gear on – either wearing their boots, or carrying a rucksack, or while wearing their bullet-proof vest.  We saw a young man running with his vest on just last week.  I could’ve yelled out a Marine Corps brat OORAH to him, but I said a little prayer for him instead.

That guy may just be some guy who likes to push himself, but he may also be gearing up to go overseas.  Wearing the vest, which weighs about 20-25 pounds, while running may help him get ready for the physical rigors he could soon encounter.  If he is deploying and if he knows where he’s headed, bravo to him for prepping now.  He’ll know what to pack and what to expect wherever he lands.  After seeing him, and after watching a re-released documentary last week, I’ve been thinking about how ready – and how not physically ready – I’d be if I’d unexpectedly have to carry some extra weight.

The documentary I just watched is called The Last Days, a film about Hungarian Jews who lived during the Final Solution.  Always fascinated by other people’s survival stories, I am so grateful to learn about their past.  I’m even more fascinated that some people, who’ve lived through frightening times, are still alive today and continue to talk about what they witnessed.  The stories presented in The Last Days had me listening more intently than other documentaries I’ve watched about the war.  One of the women shared that they knew trouble would soon be crossing into their homeland.  When the troops did make it to her town, she was permitted to grab 25 kilos of personal belongings.

They were told they could take…all your valuables…this after being turned in by neighbors.

They were permitted…25 kilos…and had just 30 minutes to pack up.

What do you take?

God forbid we ever have to gather our belongings and leave as quickly, and for as long, as these young Jewish families had to.  I’ve never thought about having to do that today, but if we ever did, I know what I’d need to bring with us.  While I could get by with the bare minimum, Ronan could not.  We’d have to bring more than 25 kilos, or 55 pounds, of his items:

Ronan’s several changes of clothes (about 11 pounds) and diapering supplies (8 pounds) he needs per week would be rather bulky at an estimated 19 pounds.

Ronan’s favorite book, picture, and electronics (plus charging cords) would be ideal to bring and weigh 4 pounds.

Since Ronan isn’t fully toilet trained, his water-proof bedding, plus his weighted blanket, would need to be packed as well as laundry supplies (if where we’d be going had a laundry facility).  That’s 11 pounds.

That brings the total to 37.5 pounds already and doesn’t yet include needed kitchen supplies!  Kitchen supplies are a cutting board, food processor, sippy/straw cups, and utensils.  Oh, we’d need food, too!  That will bring up the weight quite a bit as Ronan eats 3 full meals, all gluten-free, plus a snack or two, daily.  And the meds.  Right now, as much as I’d like to not have to use them, we cannot forget the medicine.  Ronan’s monthly meds and supplements, altogether, weigh almost 7 pounds.  Without the kitchen and food items calculated in, can I carry the 44.5 pounds (or 20 kilos) of just his stuff?

I am not in the same shape I was as a young 30something, like that military guy we saw running through our neighborhood is.  I know I’d struggle carrying Ronan’s weight, plus mine, while trying to guide Ronan out the door and down whatever unknown path we’d be forced to take.  Regardless, I could never leave too many of his necessary items behind.  Knowing we would struggle, I’d do whatever it took, as usual, to keep us together and to keep us safe.  My heart goes out to the families who are dealing with these very real and very similar scenarios right now in other parts of the world.  I cannot imagine us having to pack up and go, having to find a bunker, or a subway station, to hide in while our city was attacked.  I cannot imagine having to ration food, medicine, and supplies like many have done and will continue to do.  I cannot imagine the difficulties others have lived through.  I cannot imagine how much harder it would be while also caring for a special needs adult child.

Like the Hungarian Jewish people had to all those years ago, people today are facing awful situations.  Their strength and their will power are being tested in ways they never thought imaginable.  Some of the people in that documentary lost everything once they fled their homes.  Some people today will also lose everything.  Despite the odds and the dangers, some today will survive.  It’s a victory to live, but it comes with devastating grief, with nightmares and with unbelievable loss.

I’d like to hope that I’d be one of those, too – a survivor.  We sure have gotten through some tense medical situations in the past with Ronan, and recently through some tough weather  moments.  But the comparison ends there.  I haven’t lived through the worst atrocities some of the world has.  I can’t compare my situation to any of the ones others have lived.  I pray we won’t ever have to.  If we do go through horrors others live, though, I’ll pray we would be able to survive, like the Hungarian Jews featured in The Last Days bravely did almost exactly 78 years ago today.

Out of the frying pan, into the fire.....
https://sovren.media/video/ukraine-on-fire-893.html
https://rumble.com/vx0yfb-edward-dowd-on-future-recession-shocking-findings-in-the-cdc-covid-data-and.html

Thank you again Cathy. Prayers for all those in Ukraine who are fleeing for their lives.

It is difficult to believe the amount of evil there is in some parts of the world from those seeking some sort of financial benefit by harming millions.

Thank you again Cathy. Prayers for all those in Ukraine who are fleeing for their lives.

It is difficult to believe the amount of evil there is in some parts of the world from those seeking some sort of financial benefit by harming millions.

Horrific and heinous case of medical kidnapping in ID. I weep for these parents. Please join me in praying for their infant son, Cyrus, and for them.

Wonderful post as always Kathy. I once ran out of my son's seizure medication because the mail was late due to a holiday and then the next day he had a seizure. We finally got his medication that afternoon and I hope it never happens again. We all live with constant stress with our medically fragile children/adults with autism. God Bless Everyone living with the difficult life of autism.

Great post. It’s frightening to think about. I worry about what would happen when I ran out of my son’s seizure medicine…