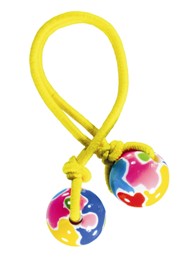 From Safeminds.org. How many readers used hair tests for heavy metals a decade or more ago?

January 31, 2022
StrandDx Analyzes the Levels of Chemicals in a Strand of Hair

Decades into America’s surge of autism cases, diagnosing the neurodevelopmental disorder still relies on behavioral observations made by an experienced professional. This diagnostic process can take several months to complete. Currently, the average age of autism diagnosis is approximately 4 years old. However, that may all change due to a new product called StrandDx by Linus Biotechnology Inc. According to the co-founder and Chief Scientific Officer of the company, Manish Arora, the product analyzes the levels of chemicals in a strand of a child’s hair to determine a temporal sequence of their “exposome.” The exposome shows the child’s cumulative environmental exposures and how they regulate certain essential nutrients. Arora states, “The measure suggests how a person’s physiology responds to their environment, which can predict their chances of having autism.” The intended use of StrandDx will extend to patients from birth to 21 years. The test will assess the “likelihood of ASD” in children from birth to 18 months old, and will aid in diagnosis of ASD in patients aged 18 months to 21 years. Arora and the company’s other co-founders believe their product is a major step forward in precision medicine for autism and feel it could be a major improvement for deploying individualized early intervention.   Source:Safeminds  StrandDx Analyzes the Levels of Chemicals in a Strand of Hair

The Andy Cutler protocol although complicated for us was worth doing.With all that muck out of him hes bound to feel better we thought.And his skin wasnt as dry and red after the protocol.Thanks Andy.

Rebecca Lee is the co-author with Andy Cutler of "The Mercury Detoxification Manual." In this recent video, she addresses the question: "What about the rest of your family?"

Perhaps it will be useful to parents of children exposed to heavy metals and other toxins?

They want our food all made into cyborg zombie poison: https://fresh.news/2021-09-24-salad-vaccines-scientists-grow-mrna-covid-vaccines-lettuce-spike-protein.html

Where did all the anti-Bioengineering outcry go?

Do we want to become zombie cyborgs that can be disposed of at will?

Do we want all our food to become poisonous or gross?

Me and many people heard of McDonalds (and possibly other fast food chains) using human meat in their hamburgers, sausages, possibly other products. Kids teeth were found in Mickey D’s hamburgers in Japan. With the soaring prices of beef (and according to many people, beef and steaks have become magnetic with the highest graphene oxide levels of all foods at supermarkets, using ordinary or high quality magnets), we might become a nation of GMOs, junk food, cannibalism, fake and toxic food just like what the CCP has…

We’re already such a terrible nation.

our son did the hair tests which I remember had high ammounts of Arsenic Cadmium and Aluminium..all available from a vaccine near you.

Making the vaccine injured/killed identify as “anti-vaccine” is racism, and racism is the fuel for fascism.

Yes L. Land my thoughts too.

Kate C; my understanding that the low amount of mercury in children with Autism - compared to kids that were healthy; was explained that the children with ASD was not getting rid of heavy metals and staying in the body. Healthy kids had higher amounts of mercury in their hair cause they were able to push the mercury out of their body.

Sooo, devil in the details for me. . A base line will have to be established of what is the usual amount of stuff and if a child is lower - that means problems with methylation? (getting rid of toxins)

It could be their parents are just really organic, clean life styles?

Some years ago the powers that be told us that evidence of heavy metals in hair showed that children with asd were better at getting rid of them than non-asd children. Did something change?

??? What? I’m pretty sure research showed 20-15 years ago that individuals with autism showed lower amount of heavy metals in their hair and the conclusion was that problems with detoxification caused this. So autism and detox were interrelated.
How would this process account for all of that ?

Not about autism, but an extremely disturbing article about what the government is doing to our children. Over half of our prison planet’s slaves are kids!

I wish Trump/Tucker Carlson would’ve spoken out about this horrific tragedy.