Do Today's Parents Have the Coping Skills Needed to Help A Child with Autism? 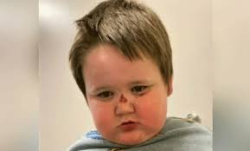 Tough question. Do today's parents have the coping skills, the resources, the drive to launch into 5th gear when they have a child diagnosed with autism? Was the 1990s birth cohort of parents a different breed? Or did we have fewer obstacles like a Covid lockdown? When I had three children under 6 with autism, I worked day and night to find answers and get them help - to exhaustion, and still do, 27 years later. But I wasn’t struggling with mental health. I found the biomed community and had support. Is support harder to find today? Seems impossible, but what if the Yahoo group, NAAR, ARI, CAN days weren’t improved as organizations changed and social media came into being?

Abandoning them is the second most extreme example of dereliction of duty. So I ask with all due respect and interest - do today's parents have "what it takes" to cope?  Heather Nicole Adkins, age 32 (hardly a child) is one mother who did not.  A follow up story has a chilling response from her, during questioning when asked why she left her boy on the side of a road on a cold, February day:  “To save him from me,” Adkins replied.  (Source WKYT Cleveland Mother accused of abandoning autistic child speaks out from Scott Co. jail.  Of course, it's a blessing that she did not kill him. But turning him out on a road  where  he was likely to be killed seems premeditated to me. Thank God a stranger saw something that was not normal - and acted. I hope she gets the help she needs.

32-year-old Heather Nicole Adkins is in custody in Georgetown, Kentucky, on a local warrant and a warrant issued by Colerain Township police in connection with her son's abandonment. They didn't elaborate on the charges filed.

Investigators said the unnamed boy, described as "non-verbal with Austim," is from Shelbyville, Indiana, about 75 miles away from the Cincinnati, Ohio area.  Fox News Los Angeles Reported

'.....have been thrown far more than what is reasonable to endure without help. Then and now.'
Alison, exactly.

I had hoped there would be a cure by now.

Over 20 years ago, through the DAN protocol, we recovered our son. Back then there was hope. Now if I google treatments we used, they've been debunked. Lympho-nodular hyperplasia, Wakefield, MMR shot, mercury and other toxins as adjuvents, all buried by a media owned by corporations including Big Pharma. I watched the head of the CDC lie to Congress and then head off to a well-paid job in vaccines.

We were lucky. I'm not sure what parents today can do.

Perhaps you're asking the wrong question?

Given previous cases like
2007 https://youtu.be/C7NTfZzS9b8
and, of course, Alex Spourdalakis (see https://www.amazon.com/Who-Killed-Alex-Spourdalakis-Documentary/dp/B00OZOIMEI), I would say that some parents and their children with autism, regardless of their coping skills, have been thrown far more than what is reasonable to endure without help. Then and now.

Perhaps it's more important to demand answers to the question: what is causing either brain damage in previously healthy toddlers, or congenital abnormalities in brain wiring -- and especially that which results in severe developmental regression IN PREVIOUSLY HEALTH, NORMALLY-DEVELOPING TODDLERS.

Why are we expecting a ridiculously high base level of parental "coping skills" when a child is tortured with a host of painful medical and neurological problems, instead of expecting the medical community to find out what's causing the problems, why, and how to prevent them, not to mention providing HELP for the child and family?

We try to keep ourselves (and others) upright, IMO, via harsh expectations/pronouncements/judgements upon those left with the fallout and particularly upon those who "fail," and I'm reluctant to urge those making an indictment to stop, especially if that is at least part of what keeps some of us them going at a better level, but IMO many unquestioned institutions of society are no better than the weakest and worst of us. They are just given the license-to-eventually-burn-in... of the white coat.

We can't save the adamantly polluting pediatricians and other medics for instance, by and large. We've tried (my participation is minimal and maybe has only been counter-productive). They maybe belong in a not-for-profit jail for some time for something productive to come about. Some of them probably belong on death row. This woman (possibly nearly as toxic as her societally-poisoned child)...jail and public flogging... even placing this child somewhere else is unlikely to help her and her child. But that's what partially responsible people IMO, people who won't take on the uncomfortable responsibility to get the truth, are resorting to...scare the next generation from parenting...then you'll really please the oligarchs (but they'll still be trying to rob and kill you).

There could be a lot of work (jobs, people!) in a detoxify health system, for some time, just probably not a lot of obscene profits for pharma corporate shareholders, which would be a change that is due at the very least ... I don't know why the general resistance to learning we (many of us) are doing the dirty work of some extreme socio- or outright psycho-paths. We only have much health, longevity, recovered, happy healthy children to gain, maybe only at the cost of loss of image/pride. I don't understand why...the pride ain't worth it people....