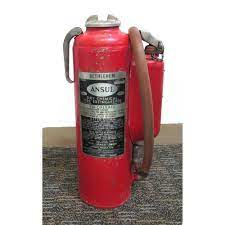 Safeminds has featured a story from The Autism Society on the topic of Applied Behavior Analysis. ABA is controversial in many ways. Some families call it a godsend, others a nightmare. What has your experience been with ABA? For my family, I can say that since getting out of the school system where data collection was the  holy grail and rote, dead end tasks were considered learning goals, my daughters have THRIVED. I sought out a non-ABA based program for my youngest daughter's transition program. There's a team member who used to be at Bella's high school.  She did not recognize the happy, smiling, social young woman she knew from the frustrated young woman who had not 1 but 2 paras following her around data clicking 3 years ago.  ABA did not extinguished a single behavior in my daughters. Not one. They outgrew them with organic social instruction, and maturation.  Behaviors were communication phases. Behaviors were self-soothing coping skills - that I had no desire to trample. I had a private hire PhD behaviorist sit in many of my IEP meetings telling the high school team that ABA should be phased OUT through the school years because - and this is 100% true - the "real" world is not prompt based. Prompt dependent adults with autism have to unlearn and relearn how to manage skills that they have - but that are not readily accessible without prompting. Share your thoughts. Be kind. Be respectful. Be truthful.

Autism Society to Issue a Position Paper on the Topic

Applied Behavioral Analysis (ABA) has long been considered the “gold standard” of autism treatment. It is typically the first therapy recommended following a childhood diagnosis of autism. This is due to the large body of research to support its efficacy. Since 2019, all 50 states require insurance plans to cover autism therapy, specifically including ABA coverage. Many parents and ABA therapists view the therapy as a vehicle for reducing challenging behaviors, which could ultimately improve the quality of life for ABA participants. However, the therapy has increasingly faced growing opposition from people who participated in an ABA program during childhood. Consequently, while many view ABA as a godsend, others view it as an unethical and harmful therapy meant to normalize people with autism by hiding their identity and personality in order to conform to a neurotypical standard. Advocates for ABA feel that some of this current controversy stems from outdated practices such as the use of restraints or withholding food, which are no longer used and are now considered unethical. These advocates point out that newer ABA methods focus more on promoting a child’s self-direction and choice. The division over the way to view ABA is coming to a head this month as the Autism Society hosts three virtual town hall meetings to discuss the matter in preparation for a position paper on the treatment, which will be released later this year. The Autism Society’s town halls are designed for people in the autism community to share their experiences with ABA in a thoughtful and respectful way. But, in the meantime, the debate on ABA is likely to continue.  READ MORE AT SAFEMINDS

They helped my son learn how to stay on his GFCF diet. They spelled me when I needed a break and taught him basic skills. Limited aba might be okay. But RSI and occupational therapy and biomedical interventions mattered more. When he stunned we turned it into something. Hand stims became OOBI. We assumed his body was trying to fix things. We also did neurofeedback and saw leaps with that and auditory. ABA is part of the solution but should not be the entire solution .

Research has found ABA to be helpful for young children, though the papers acknowledge that long-term (into young adulthood) improvements are not known. To me, great, just as long as they don't expect it to cure ASD. It may help your child with functional skills, which are important (and which have been underrated but now are more appreciated), but will likely not transform your child. And, there are concerns about the effect of suppressing sensory behaviors that may be adaptive for your child. I do find it helpful to listen to the voices of adults with autism, because they're the closest I may find in helping to understand my child. There are many autistic voices that speak against ABA, feeling like it attempted to suppress essential parts of being. They deserve to be taken into consideration.

I have seen both the good and bad ABA. When my daughter was an infant and had regressed to the point of paying no attention whatsoever to her surroundings, we were in a pilot program offering at-home ABA, based upon the principles of Verbal Behavior. It was amazing -- brought her back into our world. The reinforcements were things she loved: bouncing on the bed, bubbles, songs. Pairing with the teacher was paramount. The skills she was working on were designed to be fun. She loved it and her teachers, and within six months she had joint attention, pretend play and language. It was amazing.

The we moved and she started at an ABA preschool. They did DTT drills at a table without even asking me about her preferred reinforcements. They didn't bother to look at her previous program. When we tried to hire our own teachers after school, they said "our way or the highway". Progress stalled and we left. Unfortunately, I think this is more the norm than the exception.

My view is that the right ABA can be incredible for younger kids, but it has to be imaginative, developmentally appropriate, and fun. Once a child is older, and certainly after elementary school, it is no longer appropriate. At that point, something like RPM is more effective and respectful to the child as an individual.

There, I fixed it.

The word is always "ABA is the only evidence based therapy." My opinion: It does almost nothing. It's probably better than nothing, if done in a loving way. But it can be torture.

Watch the sessions. If you wouldn't want this done to you, then don't do it to your child.

ABA for behavior a BIG NO from me. My son went through that hell at a private autism school and he was pretty much tortured, until I brough in an outside autism specialist and we put a stop to the restraint, looking in padded rooms etc...
Fast forward 20 years and my son is doing ABA 4 hours a week to work on academics and safety skills that he missed out on in school for his first 9 years because it was all about BEHAVIOR!!
2 times a week He works 1 on 1 with his therapist in our home where I get to eavesdrop. He has complete choice and control over what he works on and when he takes breaks. He calls it school.
He loves doing the work and loves having someone to interact with. They even work on learning while they play basketball in the yard or while out to run an errand at Target or the Dollar store.
One thing I have leared is while ABA practioners are specialists in ABA most of them know next to nothing about Autism which is pretty disturbing. I can't tell you how many times I have made suggestions on using visuals and other tools that will help my son learn. At least they are enthusiatic about learning and using these supports.
DO I think most kids should be getting ABA? Probably not. Everyone does it because it's free (although not in our case because adults are not covered.) Do I think ABA should ever be used for behavior modification NO NO NO NEVER.

For our son, we took him out of school after special ed 6th grade and he had just started ABA at home a few months earlier. So we did homeschooling and ABA people would come to our home 7th to 12 grade special ed. For the most part, it was a good experience because he got to interact with quality people who really cared about him and would help if he was having a meltdown. There was only one clinical supervisor I did not get along with and had to tell her boss she could no longer come to our house. She did not want him to use verbal at all in order for him to rely on initiating communication with his iPad but I wanted to encourage his new use of verbal also since we had made some diet changes. She told me no more ABA even if I practiced verbal imitation with him. Uh, no! She needed to learn to compromise and have greater respect for the parent's input. He was and is low verbal. But most people were great for Timothy to interact with especially with dietary support and supplements from us. But I think it would be better to have that interaction and therapy more relaxed and individualized like if the parent would like support using the rapid prompting method, etc. And not having to take so much data!

an absolute NAY for us. Perhaps as a small child some form of that in the "rewarding good behavior" and "ignoring attention-seeking bad behavior" has purpose, but isn't that generally how to teach all children?

But most definitely as an older child/ teen/adult it has absolutely been detrimental to my son. All the rote repetition data tracking telling me how many thousands of times my son flapped or flipped or flopped with no core medical help outside of "school" to help address the biological cause -- only harmed my son. It made him more combative thinking everything was some sort of rote sequence he must do. It took all the spontaneous or freedom from him and made him aversive to any kind of instruction because of the drill-seargent type military training. He hated going there eventually and we pulled him out and he has thrived in that respect - like a bird set free from a cage.

Perhaps again, it provides some benefit in some situations, but as a lifelong expectation to sit in a room all day doing rote drills and data tracking ---- no. One of my many regrets. But then I had no choices. There aren't programs out there for those so severely affected like my son, who need that perfect balance of structure AND freedom. He needed that 1:1 skilled instruction to help address behaviors. But just as much he needed the freedom to be. And I've yet to find that place for him.