Time to Tap Out on Restraints and Seclusion 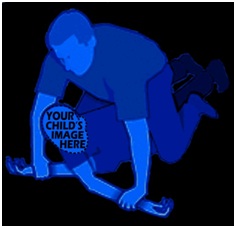 Thank you to Safeminds.org for continuing to look at so many important topics in autism. Safety is a primary concern, and restraint and seclusion for students with disabilities is a source of worry, and sometimes, outright crime. The thought of our kids sent to a room, alone, is maddening. Worse, being held in what I would call "submissions" (the martial arts term for restraint) that can be deadly. A knee on the neck by a police officer threw the nation into turmoil not long ago. This happens during restraints. They can go too far. Fast. Typically they are begun during bouts of aggression that put both the student and the teacher, paraprofessional, therapist, in an aggressive fight or flight mode.  I am trained in martial arts - a submission can break an arm (think Ronda Rousey's arm bar), choke, dislocate a shoulder, in fact that's the point - to cause injury in self-defense. School should not be a place for self-defense. I don't think there is a way to really teach submissions by the quick courses offered. I know that if my daughter is about to run into traffic, a teacher or para will have to GRAB her to save her, and maybe grab her hard.  I know that if a student is about to throw a chair at another student, someone has to intervene. I just don't know how it can be done without grave damage to self-esteem, self-image and safety.

All of this gets much worse in adult services. Our loved ones are fully grown, powerful men and women. And their staff has marginal training. Even the best of them.

Alliance Against Seclusion and Restraint Praises the Department’s Effort

A group of parents, advocates, and educators called the Alliance Against Seclusion and Restraint (AASR) applauded the Maryland State Department of Education (MSDE) for issuing a press release last month pledging to take active measures to prevent the illegal and discriminatory use of restraint and seclusion in Maryland schools. Furthermore, the advocacy group is pleased that the State Superintendent of Schools, Mohammed Choudhury, has directed a comprehensive review of Maryland’s regulations, policies, and procedures on restraint and seclusion and moves to eliminate practice altogether. Superintendent Choudhury went on to state, “In all cases, restraint and seclusion should be a last resort, employed only in emergency circumstances. Given the potentially devastating physical and emotional impact of restraint and seclusion on students and staff, as well the disproportionate use on students with disabilities and students of color, MSDE will work with our local school systems to eliminate the illegal use of these practices and increase system capacity to provide effective, positive means of behavior management.” MSDE’s actions appear to be in response to a letter authored by AASR to Superintendent Choudhury regarding a recent settlement between the U.S. Department of Justice (DOJ) and the Frederick County Public School District. The settlement was in response to a DOJ investigation which discovered that the Frederick County Public School District had unnecessarily and repeatedly restrained and secluded students as young as five years of age in violation of Title II of the Americans with Disabilities Act. Under the settlement, the school district will end its use of seclusion, revamp its restraint practices, and train staff on appropriate use of behavioral interventions for students with disabilities.

START AN ORGANIZATION to teach parents, police officers, paramedical staff, doctors, teachers assistants and other education staff to properly and safely restrain and seclude a disabled child or young adult who is a self injurious person. This organization will not only provide training but materials related to "seclusion,restraint" that is safe and vetted after the training and have chapters worldwide. Autism parents you have a lot of time on your hands to start founding such an organization.

https//summit.news
Summit News - News From The Summit
Article 2 days ago .
9-Year -Old Disabled Boy Forced to Take Exam Outside in Freezing Weather Because He Didn't Wear a Mask .

My first response is ,surely this can't be true ?
Has this actually happened to a child, or not, in Austria?
The truth will come out in the washing of the evidence of it, as it always does !

Covid 19 has brought these underlying, longstanding ,issues problems and difficulties to overspill boiling point .
Schools will be assisted with assessments ! when they ask for them ! As Teachers are being treated as just another brick in the wall along with their students !

Theres not one rule as we all know.Every child/ adult is diffrent.When you see the kids arriving at Primary School wearing motorbike crash helmets with black eyes,hands bandaged etc and realise the helmets and bandages are to save them from themselvesMy head in my mind falls off in disgust that humans are allowing the innocent to suffer like this.Young kids doing this to themselves thats what Pharma stands for there is no good in pharma and all who SALE in her the Drs who adminster the shots,the politicians who make it possible for killer pharma to prescribe ill health and death world wide.Shame on them all..

When my son attacked like a bull elephant, l had little choice but to defend myself for he would have killed me that Christmas eve. My father taught me violence is not the answer, words I try to live by. Try. That night I used serious force on him but restrained from delivering the deadly blows I've used in the past on street fighters. I walked away as soon as I could. When I returned home a few hours later he had destroyed all the Christmas presents and cut up all the money and credit cards in my wallet. I was okay with this outcome since we both escaped permanent injury. Life is messy.
I don't want him pharmaceutically restrained so he cannot experience a range of emotions. Nor do I want him locked up in a private Blackrock prison for life due to one mistake that got out of hand. After all, he didn't injure himself when he was 2 years old, the pediatrician did with Merck's vaccine. They're the ones that should be prison. I do realize though that 110-pound speech therapists need ways to handle this sort of thing or there will be no speech therapists. That would be the real tragedy for most of the time, he's as gentle as a lamb. I'm not sure there is one answer, it's more of how you prevent it from happening to begin with, keeping it from escalating, and in tough cases, deal with it with enough force to protect yourself (and them). This is just my experience, right or wrong, that's all it is.