Autism: Back Up the Brinks Truck 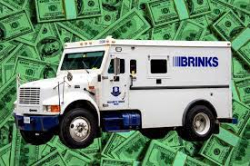 The recent story from Naperville, IL projecting the annual U.S. cost of autism at a stunning $1 TRILLION by 2025, three years from now, shouldn’t surprise anyone.

The government recognized where this was going on the NIH website in 2015.

Few US estimates of the economic burden of autism spectrum disorders (ASD) are available and none provide estimates for 2015 and 2025. We forecast annual direct medical, direct non-medical, and productivity costs combined will be $268 billion (range $162-$367 billion; 0.884-2.009 % of GDP) for 2015 and $461 billion (range $276-$1011 billion; 0.982-3.600 % of GDP) for 2025. These 2015 figures are on a par with recent estimates for diabetes and attention deficit and hyperactivity disorder (ADHD) and exceed the costs of stroke and hypertension. If the prevalence of ASD continues to grow as it has in recent years, ASD costs will likely far exceed those of diabetes and ADHD by 2025.

Back in 2015, the autism rate was one in 68, and I’m sure the current one in 44 rate was pretty much expected by those doing the numbers. No official ever makes the claim that the autism rate has finally stabilized. We’re conditioned to see another leap in the statistic every year or two.

Incredibly, the experts concluding that we’d be paying $1 trillion a year for autism by 2025 did get national  coverage as we see here.

For the first time, health economists have projected the current and future costs of caring for people with autism spectrum disorder (ASD) in the United States. The prognosis: already astronomical costs will continue to rise unless things change.

Researchers from the University of California, Davis, Health System calculated costs for the current calendar year and projected where they'll be 10 years from now if effective interventions and preventive treatments are not identified and made widely available.

They estimated that for medical, non-medical, and productivity losses associated with the disorder, autism will cost $268 billion for 2015 and $461 billion for 2025. But the researchers said these projections are conservative and if prevalence of autism continues to increase at current rates, the costs could reach $1 trillion in the next decade….

The evaluation accounted for age, as services for people with autism change throughout their lives. It also looked at intellectual disabilities and population changes. This helped the researchers come up with an estimated range of costs: $162 billion to $367 billion for 2015, and $276 billion to $1 trillion for 2025.

Projected costs would rise to more than $1 trillion by 2025 if prevalence continues to rise at rates seen over last decade.

September 4, 2015, AZCentral: Viewpoints: Who will care for autistic adults?

Society is also faced with enormous costs, estimated to reach $1 trillion annually by 2025, according to UC Davis health economists in their projections of the cost of caring for all people with autism in the U.S.

September 21, 2015, Spectrum News: Over next decade, cost of autism could escalate sharply

The latest report from the U.S. Centers for Disease Control and Prevention finds that 1.47 percent of 8-year-old children have autism. Extrapolating this rate to all people with autism puts costs at roughly $358 billion in 2015 and $616 billion in 2025. Assuming that autism rates will continue to climb as they have over the past few years lifts the 2025 estimate to more than $1 trillion.

The projected total cost of caring for all people with autism spectrum disorder (including both direct costs and productivity losses) in the United States by the year 2025, if effective interventions, treatments and services do not become widely available, according to a study in Autism and Developmental Disorders. The authors say this is a conservative estimate — the costs could reach $1 trillion if autism diagnoses continue to rise as they have in recent years.

So what did anyone do about this? All those people announcing that IF the rate continued to increase, we’d be left with a never-ending bill that will bankrupt us went on to other things, but no one can say they didn’t tell us.

We have three years left. I wonder what the cost will be by 2030.