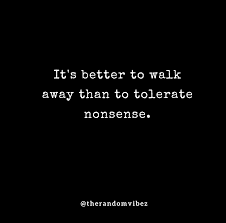 Worldwide Walkouts will demand a return to freedom and democratic principles. Citizens around the globe are protesting loss of liberty, illegal mandates and tyrannical government overreach. Every man, woman and child is important to this movement!

“No government in history has ever surrendered power in the absence of a demand. We need to tell these governments and their friends in the technocracy, the Silicon Valley billionaire boys club, the mainstream media, and the pharmaceutical industry that we will no longer tolerate their trampling of citizens’ rights.”

People have been battered during the epidemic for the last 1.5 years. And now their jobs, livelihoods, education for their children and way of life is being threatened because they refuse to take a government and employer mandated injection.

Religious and medical exemptions are being rejected but that is a false choice anyway. Since when does anyone need an exemption to exercise their personal right to reject a foreign substance being injected into their body by the government?

Americans and the world need to stand up, walk out and just say NO. CHD will encourage recurring walkouts where citizens target specific industries and solidify our grassroots movement as a powerful voting block in elections to apply political pressure.

Children’s Health Defense and our State and International Chapters are joining citizens and organizations from all over the world as they come together for “WORLDWIDE WALKOUTS!”

America is facing a catastrophic demise caused by the genocide, obscuring, and erasure of Native American cultures and languages, violence, junk food, pollution, plastic, toxins, hypocrisy, consumerism, greed, bad politicians, and the HFCS red-dye cherry on the cesspit cake - vaccine injuries and the demise of its youth’s health, behavior, and development nationwide.

Of course Youngkin is demonized for opposing the ultimate civilization-ending tool to our nation - vaccines.

If we don’t end all vaccines, violence, riots, illiteracy, junk food, and other plagues tearing down North America and the world, the USA will resemble Mars with rubble and ruins everywhere.

NASA’s been hiding Mars anomalies since day one, starting with a color filter to hide the planet’s blue sky and array of colors. Russian boy Boriska Kipriyanovich explains that Mars, a once habitable and highly developed planet, faced catastrophic explosions, wars against all races imaginable, and global collapse when a war wanted to turn Jupiter into a second sun - as a refuel station for Martian time travel and universal travel spaceships by draining energy from stars - a war that failed, leaving behind Jupiter’s big red spot.

He says the secret to save Earth’s humanity is located behind the Egyptian Sphinx’s ear, a visible rectangle that hasn’t yet been chiseled.

He never mentions vaccines, but the USA - destroyer of indigenous nations and languages, posing itself as a divine savior, freedom land, oh-so-much-better than China, and hero, even during its obvious terrifying and colossal demise of horror beyond words - isn’t that far from becoming a terrifying vaccine-HQ of the world, Anglo Saxon CCP and post-war Mars-like prison planet nation.

I imagine the USA’s collapse will be, and is already as horrid as, but less obvious and slower than, the collapse of Venezuela, the CCP’s rise to power, the White House surrendering to Islamic terror groups they claimed to oppose, and the catastrophic collapse of the UK caused by massive autism levels and never-ending news of full capacity autism schools and violent autistic children being failed by the system.

I do not glorify nor like the CCP at all, but almost every CCP opposing YouTube channel I’ve seen sees the USA as a wonderful divine freedom utopia without flaw. Serpentza bragged about how “wonderful” the Anglo Saxon vaccine-loving dictatorship USA is, as he snapped a photo of sickening, phytic acid, flour and oil-filled, obesity-inducing fake and toxic “food” being sold at USA’s food fairs such as deep fried everything, barely any vegetables in sight. Tell Serpentza and China Insights they live in Lalaland for their delusional belief the USA is any more than marginally better than the evil CCP - warn them about the horrid restraints, scream rooms, vaccines, and dramatic decline of the physical and neurological health of American youth, and the growing, disturbing similarities between the CCP and the USA.

Benedetta, I don't think the elites are so omniscient. They didn't predict widespread parental resistance to school vaccine mandates. They didn't predict that Youngkin would win in Virginia and Ciattarelli would be in a dead heat in New Jersey: both were attacked for opposing vaccine mandates. The scuttlebutt in New Jersey was that Governor Murphy would seek to abolish religious exemptions for vaccines after the election, but now, even if he ekes out a victory, he may have second thoughts after his near-death experience. And the sheriff of LA county is openly defying a vaccine mandate for his officers. I think we're winning.

Seems to be no shortage of the children's Covid vaccines or with their transportation program.

Not so with basic food supplies and school lunches. They are now talking about the vaccines for ages 2 - 5. Pray for our children and nation.

Seems to be no shortage of the children's Covid vaccines or with their transportation program.

Not so with basic food supplies and school lunches. They are now talking about the vaccines for ages 2 - 5. Pray for our children and nation.

I read somewhere, that the elites, the globlists, the multi billionaires of the Central banks, or the Chinese communist party that could have taken over the before mentioned - who ever "they" are; has it all planned out, figured out, how we will protest, how we will we act, and how to control us; in these protests? They have studied all aspects of human behavior, have all the psych ops all figured out.

But maybe not.
Cause we too are part of the human race with brains - and can also think and plan. Most of all we have become distrustful and wary.

May God be with us, bless us all, keep safe, but determined; die on your feet and not sick in bed with vassculititus from the vaccine.