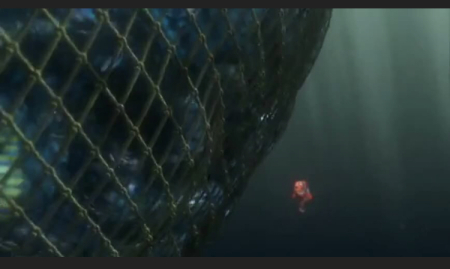 We swam down. Proud of us. Yesterday, Robert Kennedy Jr.'s book The Real Anthony Fauci hit #1 on Amazon. That's a monumental feat for any book. It's superhuman for a book about a topic that most of the world wants to quash.The book is just $2.99 for KINDLE edition right now!  You can download the Kindle app for FREE - you do NOT need a Kindle. Buy the book on Amazon, download the app to your device and boom. You're reading.

Buy the book at Amazon OR even better, order from your local bookstore -  bookstore managers will see the demand and place orders for their stores.

Some of us ordered a few books this week to send as gifts. It's a terrific way to stuff a turkey with knowledge. Right where Anthony Fauci has been stuffing all of us.....  Maybe you could send some books out too? Superintendents. Pediatricians. Nursing home directors. Teachers. Senators. College presidents and deans of students. Nurses. Cardiologists. Mmm, maybe not, they are going to be very busy soon. Congresspeople. Mayors. Family members. 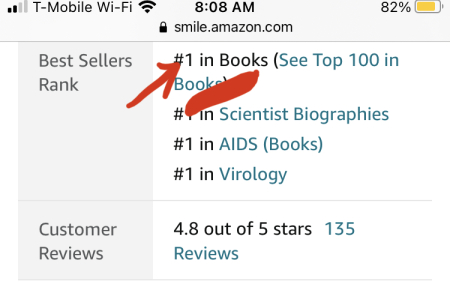 Who would not want this psychologist on their Learning Disabilities Sector Multi-disciplinary Team ! Just fantastic!
Don't dare draw" Psalm 91" on your mandatory workplace face -masks it would totally freak out the health and social care politicians ?

James Corbett Report; interviewed Robert Kennedy Jr. Very interesting.! From Fauci old playbook of a deadly AIDS medicine ATZ, in murdering of foster kids and on to present time today what is going on -- and then a cherry on top - they end the interview with RFK Jr. laying out the facts of why a CIA operative standing behind his father killed him and not Sirhan Sirhan.

A must listen to.

Do you think this book will send Fauci to prison ?

How can we send copies to his children ? To let them see what a wonderful Dad he is.

Just fantastic, The hills and the people are not yet wearied from the pantomime of it ! The lies and deception will come out in the laundry washing
of it all ?
Some huge laundry bill predictions for sure?
When the sea is too cold to learn how to swim - people become expert boat people !

CHECKMATE in seven moves , Chapter , Verse , and evidence based standards ! " Get their standards and values nudged straight into the middle of last week 1"
Copy ordered for Kilmuir Skye
Runrig - Isle of Skye - An Dealachadh - Highlands - Gaelic -- YouTube

I see John Stone included in the acknowledgements in Robert Kennedy Jr's book. Thanks for your many thoughtful essays, articles and critiques.

Within the last week I ordered a copy via Amazon UK. To my surprise my order was stopped with a lengthy comment about not being able to supply this book to your area/address - sorry, I didn’t write down the precise wording.
I’ll have another go later today and add a second copy for a local health official.

Bob Moffit.
Mercola has a video of Peter McCullough discussing the four things the covid vaccine can do.
The fourth category — hematologic — occurs about two weeks after the shot and describes vaccine-induced thrombocytopenic purpura.

Signs include bruising all over the body, bleeding from the gums and nose and dark urine. If you notice these signs in the weeks after receiving a COVID-19 injection, get to a hospital immediately.

“What happens,” McCullough says, “is the [shot] tricks the body and gives excessive antigenic presentation of platelets to the spleen, the spleen produces an antibody that actually pins platelets against blood vessel walls … and that’s what drives vaccine-induced thrombocytopenic purpura.”

Some thing I bet you would have loved to know at one time for - what do you think? The DPT vaccine?

This covid vaccine is doing the same as the DPT I would think. Messing up the mitochondrial, messing with the neurological systems as well - can cause seizures expcially when some one already had epilepsy from a past DPT vaccine.

It is all in the literature. They darn well know.

How does one get their love ones in a hyperbaric chamber anyway?

I had no idea Google owned a COVID vaccine company, p. 25, it would explain their outrageous censorship of effective COVID medications.

This book is amazing, terrifying, extremely well documented. A must read/listen (I have the audible version as well, the narrator is perfect as he read this in exactly the right tone. Sad, tragic, direct, factual.

Will there also be a book called “Childhood Lost: Vaccines, Big Agriculture, and the Decline of Pediatric Development” talking about severe and violent autism scenarios (in memory of Kreed Joshua and Scott Abott Walker etc), neuronal aluminum and it’s role in autism and related disorders, the rise of PANDAS, SPD, mental illness, mental and physical hospitalizations, deadly food allergies, the rise of childhood vaccination, and related disorders in American and international children and teens.

I also urge the CHD, NAAC, TACA, and AOA to hire highly-fluent translators and writers to create Japanese (日本語) language autism resources in Japan, Hawaii, Korea, Mexico, Thailand, and other countries where Japanese is spoken.

Japan suffers from a severe lack of facilities, let alone resources, to benefit individuals with serious and violent autism. Most autism resources in Japan seem to be geared to higher functioning/mildly affected people, and pediatric therapy services are very limited. The Japanese word for autism roughly translates into “self closed illness”.

Japan produced some realistic autism media (such as Hikari To Tomo Ni/With The Light) but most of its autism media (outside YouTube news channels, it seems) appears to romanticize autism and related disorders, or see it as a “fun and quirky” way of living.

Perhaps the entire world must hear gruesome stories of violent autistics, some now deceased from their painful comorbid medical conditions, such as Kreed Joshua (1997-2016).

In today's Wall Street Journal, Peggy Noonan (a very establishment Republican) offers an invaluable plug for The Real Anthony Fauci (even if she stops short of endorsing it):

Love you, Kim. It's time to place some orders for all of the people mentioned above. xox

'Yesterday, Robert Kennedy Jr.'s book The Real Anthony Fauci hit #1 on Amazon. That's a monumental feat for any book. It's superhuman for a book about a topic that most of the world wants to quash'

Indeed ..it is MONUMENTAL for any book about a topic most of the world wants to quash .. even more so when ALL MEDIA THAT PROMOTES BOOKS EVERYDAY WITH INTERVIEWS OF AUTHORS .. NOT RFK THOUGH .. HIS BOOK REACHED NUMBER ONE THROUGH IT'S OWN SHARED KNOWLEDGE OF FAUCI'S INCOMPETENCE.