Let Me Explain the Directions Again 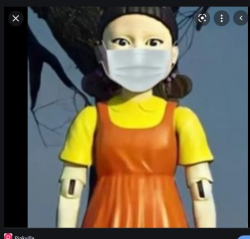 Have any readers watched the Korean Netflix program called Squid Game? It's a macabre look at what people pushed to extreme fear will do to themselves, and those around them.  Greed, wealth, poor choices, hubris and both bankrupt financial accounts and morals. It casts a harsh light on avarice, the lust for wealth, and the depths to which humans will stoop even if it means killing other humans.  There are also moments of kindness, care, altruism. It's an 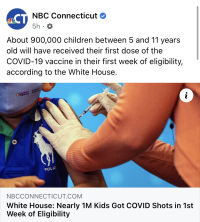 emotional rollercoaster of a program.

The first of the five childhood games (that have been violently warped beyond recognition)  played is "Red Light Green Light." In Squid Game, if you are caught moving, you are eliminated - by a rifle shot to the head. And the piggy bank starts filling with money - the last player - man or woman - standing will take it all.

This week began the US version of  "Kid Game." The White House reports that some 900,000 children got their first Pfizer dose in one week.  Our own CDC just gave the green light to the brand new Pfizer Covid vaccine for children as young as five. Parents are rushing across the field with their children, many desperate to get their kids that first dose.  Like so many of us, years ago, they are acting out of fear, habit, rote acceptance and love for their kids.  I saw one Social Media screenshot where a Mom was crowing that she had just forged her daughter's birth certificate so she had just turned 5, not 4.  Maybe it's true, desperate parents will do anything to protect their children, yes?  Especially when plunged into extreme fear. If the side effects start pouring in, heart problems, will that finally open the eyes and at LEAST begin acceptance of a yellow light?

"Let me explain the directions again....." This simple line is  recited as each game is described in Squid Game, by a pleasant female voice.  But now? I hear it in Anthony Fauci's gravel pit voice.   Fauci has explained the directions - vax or be eliminated.  Play the game. The Kid Game.

Both games are very bad. My older kids (20’s) and partners were happily describing squid game. I sent my son the actual news of Chinese organ transplants.
This Dr Fleming video outlines how Pfizer vaccine is full of garbage—no quality control with debris, crystalline structures in it. On that basis alone they, along with FDA could be sued.

This quote was from Dr. Ruben of the FDA panel. We must remember all the people who are so willing to experiment on our children.

We're never gonna learn about how safe the vaccine is until we start giving it."

Looks like he will have a great future at Pfizer.

On what basis does the Federal government claim that the Covid jabs are "effective?"

"For instance, in a report released from the Ministry of Health in Israel, the effectiveness of 2 doses of the BNT162b2 (Pfizer-BioNTech) vaccine against preventing COVID-19 infection was reported to be 39% [6], substantially lower than the trial efficacy of 96% [7]. It is also emerging that immunity derived from the Pfizer-BioNTech vaccine may not be as strong as immunity acquired through recovery from the COVID-19 virus [8]. A substantial decline in immunity from mRNA vaccines 6-months post immunization has also been reported [9]. Even though vaccinations offers protection to individuals against severe hospitalization and death, the CDC reported an increase from 0.01 to 9% and 0 to 15.1% (between January to May 2021) in the rates of hospitalizations and deaths, respectively, amongst the fully vaccinated [10]."
https://www.ncbi.nlm.nih.gov/pmc/articles/PMC8481107/

They have FINALLY reached absolute bottom of toilet with Pfizer's new covid vaccine add … wherein our beloved little ones are being told they will be SUPERHEROES if they get the vaccine .. as SUPERHEROES they will be protecting everyone from covid … told everyone who gets vaccine is BRAVE, COURAGEOUS, FEARLESS … real SUPERHEROES.

This is SICK … if ever there was a reason for CONGRESS to ban pharma from advertising their UNSAFE PRODUCTS on television … THIS IS IT!!!!! Our country is a among a small handful in the world that ALLOWS PHARM PRODUCTS ADVERTISED ON TELEVISION … bad enough they have paid BILLIONS in compensation for dangerous products … from OPIOIDS to TALCUM POWDER .. IT MUST END NOW THAT THEY ARE COMING FOR OUR BELOVED CHILDRE

As cold as this may sound, unfortunately these sheep have just signed up themselves and their precious children for the game of Natural Selection. I call it social Darwinism. At least WE didn’t know any better, but these people? Boy I wish WE had had the benefit of someone warning me, but I had no one. And today we are still paying for it. These guys are getting info handed to them on a silver platter, unlike us, and yet … crickets. The bitter truth is that you simply can’t save those who don’t want to be saved.

I find it harder and harder to have too much sympathy for them, (except for the kids of course), for all the reasons you stated. What does it take, you ask? It apparently takes losing the health or life of you or your loved ones … nothing less.

We must steel ourselves for the coming tsunami.

I believe violent video games have a terribly damaging effect on children, particularly kids who spend a lot of time on the Internet, which is about 95% of them. It teaches them to shoot first and never ask questions. Solve your problems with violence. End up in prison or dead, with honor. It's sort of a gang mentality where if someone looks at you wrong, violence ensues.

For these reasons, I held the line wouldn't let my son play Squid, or Halo, grand theft auto or anything more than mine craft or the rocket building game. He did spend too much time on the Internet, but fortunately his mind wasn't poisoned by the games.

My son was poisoned by Anthony Fauci and his gang of criminals, otherwise known as pediatricians. Bill Gates has both of his cold hands in it, as does Albert Bourla. Jimmy Kimmel, Bob Costas. Agents of Death.

"We're never gonna learn about how safe the vaccine is until we start giving it."

I recently hung out at a shower with a bunch of my high school buddies. Very intelligent, compassionate women. They can't wait to get the booster and were very happy to relate that there is finally going to be a "pill" to cure CoVid. You know - the Ivermectin-Lite pill? I told them how my husband had recovered pretty quickly from CoVid with the monoclonal infusion. No questions about this treatment. These are my friends. I love them. I don't understand how the statement - "The CoVid vaccine does not stop infection and does not stop you from spreading the infection" does not enter the conversation. I don't say a word about vaccines. They completely know how I feel. I have talked to them about the shitty science behind vaccines for years and years. I am the only one not vaccinated. It is like we are in the same theater, but we are watching completely different movies.

I play pickleball outside four or five days a week. An acquaintance that I had just played with told me that she felt fine and had no reaction to the vaccine. I told her that it took 7 1/2 months for my daughter to fall off the cliff after Hep B damage. She was a little concerned about that. She felt no alarm as I told her (at that time) that more than 14,000 people had died right from the shot (VAERS) and those people may never have had a problem with CoVid. She said that was better than hundreds of thousands of people dying from CoVid. Whoah. Then she said that she would play with me outdoors, but if we went indoors, she would not play with me (unvaccinated). We were literally standing next to each other in this conversation. This is not a bad person. I told her I hoped that we would ALL heal.

As sick as I feel about 900,000 children being rushed to this vaccination, I am still hoping this will be the huge crack into the public consciousness about what they should really be afraid of.