Avis Has Nothing on Robert Kennedy Jr! The Real Anthony Fauci Hits #2 on Amazon 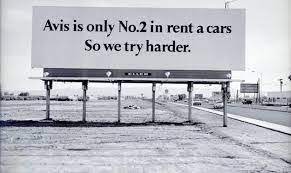 Those of you of a certain age will remember a great ad campaign for Avis Car Rental back in the 70s that went, "We're #2, we try harder."  It was a knock on Hertz, who held the number 1 spot, and an effective campaign that became a catchphrase.

Yesterday, Robert Kennedy Jr's book The Real Anthony Fauci hit #2 on ALL of Amazon.  And no one is trying harder to protect kids. The book will probably make several best seller lists. And the average reader (not the astute AofA reader) will NEVER KNOW.   Buy this book. Send it to everyone you know. Everyone you love. Everyone you wish you never had to see or speak to again.

Kennedy was on Tucker Carlson on Monday night, and our dear Anne Dachel transcribed his appearance:

Tucker Carlson:  Why would you do something like this?

You’re well known. You could spend the rest of your life just being feted by famous people.

There’s absolutely no reason to stick your finger in the eye of the people who run the country by writing a book like this, but you did it anyway.

Robert Kennedy, Jr.: What’s happened in this country over the last year is kind of this bizarre imposition of totalitarian control, the deconstruction of the Constitution, the rise of censorship, the suppression of religious freedoms, property rights, closing a million businesses without just compensation or due process, the abolition of jury trials which are guaranteed by the Sixth and Seventh Amendments for any vaccine company that hurts you.

The rise of the track and trace surveillance state has been troubling to people both Democrat and Republican, people who support vaccines, people who oppose them, are looking at this and wondering what’s happened.

I felt like I was in a unique position to interpret and to explain to people what had happened.

I’ve been working as an environmental lawyer for 40 years,  so I  understand all  these mechanisms of corporate capture by which regulatory agencies asset control over, I mean industries assert control over the agencies that are supposed to regulate and essentially turn them into sock puppets.

I’ve been working on vaccine issues since 2005, and the kind of regulatory capture that you see in that space is capture on steroids because these agencies—FDA gets 45 percent of its budget from vaccine companies.

Carlson: The FDA gets 45 percent of its budget from vaccine companies?

It’s like if EPA got half of its budget from the coal companies.

If you can imagine.

I spent probably 20 percent of the lawsuits of the hundreds of lawsuits that I brought as an environmental lawyer were against EPA were for sweetheart arrangements for giving permits to oil companies. That’s very illegal.

And if you can imagine how much worse that capture would be if half of EPA’s budget came from oil and coal companies.

That’s what you’re dealing with in pharmaceutical space.

Not only that, CDC, which is another one of HHS sub-agencies spends $4.9 billion annually of its $12 billion budget, buying and distributing vaccines.

So it’s really a vaccine company. It’s not a regulatory agency. That’s about 40 percent of its budget.

NIH has thousands of patents, many of them for vaccines.

For example, Tony Fauci’s agency owns half the Moderna patent and stands to make billions and billions of dollars on sales of the Moderna vaccine.

Tony Fauci can assign patent rights to his favored loyalists within his agency, and they then get to keep $150,000 a year for the rest of their lives on a product they’re supposed to be regulating

Tony Fauci owns patents on drugs that he has developed.

The regulatory function has been essentially subsumed by the commercial and mercantile aspects of vaccine production and vaccine manufacturing and vaccine uptake.

Within HHS, the way that you get promotions and raises and salary bonuses, etc. is by contributing to the crusade for vaccine uptake.

You do not get promoted for finding problems with vaccines, and
that’s actually what we as a taxpayer are paying these regulators to do, but they’re not doing it.

Am I the only one to notice that Tucker Carlson NEVER mentioned the TITLE OF RFK'S BOOK .. 'THE REAL ANTHONY FAUFCI"?

I have the greatest respect for Tucker Carlson .. never miss his show .. but .. it seems odd to me that Tucker failed to mention title of RFK's book .. especially when every appearance of Alan Dershowitz is preceded by showing the cover of Alan's latest book .. 'THE CASE FOR VACCINE MANDATES" even thought all recent appearances by Dershowitz are about Rittenhouse trial .. nothing to do with vaccine mandates.

Seems Gavin Newsom of California was definitely vaccine injured by his moderna.
A $1m challenge has been issued to him to prove he was not. Steve Kirsch

I love the fact that Fauci’s expose (accent egout - sorry not fancy enough for the actual letter) does better than his documentary! Hertz *and* Disney+ can suck it!

It was never about public health and safety.....

"The regulatory function has been essentially subsumed by the commercial and mercantile aspects of vaccine production and vaccine manufacturing and vaccine uptake.

Within HHS, the way that you get promotions and raises and salary bonuses, etc. is by contributing to the crusade for vaccine uptake."

Thank you RFK Jr. for getting this information out to the public.