Student with Autism Charged with Felony 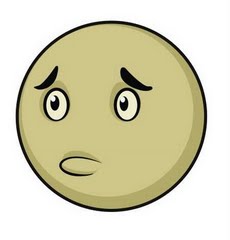 Here's a case sure to sink your heart.  A 12 year old boy in trouble because he scripted from a video game. Let's talk about the video game. It's called "Red Dead Redemption."  Its rating is M for Mature, age 17+. Blood and Gore, Intense Violence, Nudity, Sexual Content, Strong Language, Use of Drugs and Alcohol  America, 1899. The end of the wild west era has begun as lawmen hunt down the last remaining outlaw gangs. Those who will not surrender or succumb are killed.

"Jadon's favorite video game is Red Dead Redemption, a game he played with his older brother to bond. Clips posted online show the main character creating what the game calls "fire bottles" with gasoline then burning everything his path. Jadon read it that way in an online description of the game too."

The boy with autism is 12 and if he is like my own children, his developmental and emotional age does not match his chronological age. My daughter is 26 and scripts Elmo's World and Blues Clues and Rudolph the Red Nosed Reindeer. If she played or watched Red Dead Redemption, in time she would script it.  In fact, she saw me preparing this post and said, "It's a fire. It's a fire."  She is not planning to or going to light a fire. I know this.  I don't want to "blame" Mom for this situation. I'm sure she, like us, has her hands very full - to overflowing. Who among us hasn't let the video game or YouTube babysit for a precious moment so we could use the bathroom, work from home, breathe for a moment?  The consequence for the boy is steep. And he's only 12. What happens when he is 18, 25? 35?

I HAVE NO WORDS FOR THIS INSANITY.... BTW.....we're told teachers in Cobb County are "experts" in dealing with disabled students.

COBB COUNTY, Georgia (WGCL) -- A Cobb County 12-year-old student faces felony charges after threatening to burn people and property at his school. But, he has Autism and his family argues, the proper protocols for students with disabilities were not followed prior to charges being filed.

Jadon Ringland's family told CBS46, he was only repeating what he saw and heard in a video game, repeating phrases is a diagnosed symptom of his disorder, also known as "scripting."

"Jadon's favorite video game is Red Dead Redemption, a game he played with his older brother to bond."

Jaden's first line of protection are his parents.
After seeing the video clips of this "game", I was sickened. With an especially impressionable child, this game should never have been allowed in the house. I home schooled my kids when they were young, and I was a total dictator when it came to what they were allowed to watch. We did not own a television and their computers were locked down from the then new internet. They only played games we bought them (no online ones) and only watched VCR videos that we bought for them. I have never regretted this. They could build anything out of Legos, ride bikes, swim, rock climb, and create works of art and act. Taking full control of your children's education allows you to do this.

Jaden appears to have inner frustration and anger (understandably) and was looking for a way to express it. Unfortunately, he was provided a very unhealthy (SICK) role model. This left him wide open for what has befallen him. The parents need to take a good look at the environment they have allowed their son to be surrounded by (including public school) and CLEAN HOUSE. Their son's future is at stake.

IMO, from reading several days of reporting on this situation, the only reason Cobb county dropped the charges was because of the local news coverage.

The school system’s handling of the situation was exposed as shady, including having the child charged but not informing the family of the charges for days if not weeks.

I agree that violent video games are harmful to children. Also though, who vaccinated this child , making him autistic for the remainder of his natural life ? Was that the right decision for this child, or perhaps he would have been better off without the mmr or dpt vaccines ?

Autism is just the beginning. Adults get MS, Alzheimer's, ALS, Parkinson's , and other serious neurological auto immune diseases. These are life long conditions, usually terminal, and they appear to originate from vaccines sold in doctor's offices and hospitals.

I hope this young man cleans up his act, and, with the help of his parents, does not receive any more vaccines, he may have had too many.

A Cobb County 12-year-old student faces felony charges after threatening to burn people and property at his school.

Where did his threats occur .. in school verbally .. posting on social media … or other means making his threats?

In any event … if this twelve year old autistic child can be arrested and face felony charges for making threats … shouldn't those responsible for posting "clips online showing the main characters of his favorite video game .. RED DEAD REDEMPTION .. creating what the game calls "fire bottles" with gasoline then burning everything his path"???

Obviously this child's "threats" were 'inspired" by his favorite characters in RED DEAD REDEMPTION .. without whom this child would never have conceived of the idea of which he is being charged?

If anyone is guilty of any crime in this incident .. it is those responsible for creating RED DEAD REDEMPTION ..