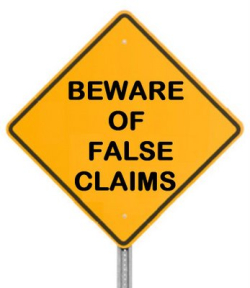 Imagine you're 16 and just crashed your parents' car into the neighbor's mailbox. You might start like this, "Look, many new drivers have minor accidents as part of their learning curve. It's common. It happens."   The Bloomberg article I screensnapped is cruel and inflammatory. Covax shaming at its nadir. OBs don’t have enough data to tell their patients with certainty what they face from Covid or the vaccine. The tone of blame is shameful.

Here is the package insert from the Pfizer vaccine. They named it Comirnaty. I guess Qwerty was taken.

1) Read the very first sentence of package insert information on pregnancy risk from the newly approved Pfizer jab: All pregnancies have a risk of birth defect, loss, or other adverse outcomes. 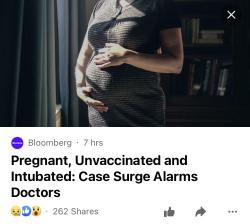 2) When  you read, "...no evidence of harm," you can perk up your ears.  Vaccination en mass did not begin until January or later in 2021. A full term pregnancy is considered 40 weeks. Babies born to the very first vaccination cohort have not been born yet.  The package insert says that a developmental toxicity study was performed on rats. In reality, we have no idea the impact of Covid vaccination on mother or child yet.

3) NPR quotes CDC: The vaccine is also safe later in a pregnancy and while breastfeeding, the agency's new analysis indicates.  Package insert reads: It is not known whether COMIRNATY is excreted in human milk. Data are not available to assess the effects of  COMIRNATY on the breastfed infant or on milk production/excretion.

All pregnancies have a risk of birth defect, loss, or other adverse outcomes. In the US general population, the
estimated background risk of major birth defects and miscarriage in clinically recognized pregnancies is 2% to 4% and 15% to 20%, respectively. Available data on COMIRNATY administered to pregnant women are insufficient to inform vaccine-associated risks in pregnancy. A developmental toxicity study has been performed in female rats administered the equivalent of a single human dose of COMIRNATY on 4 occasions; twice prior to mating and twice during gestation. These studies revealed no evidence of harm to the fetus due to the vaccine (see Animal Data)

Skipped all the animal testing, but still proven safe for pregnant women.

TOB;
that Comintern is right, we can smell it and feel it; can't we. It is upon us!

Vaccinated mothers’ breast milk could help shield their offspring from Covid - new study
DESPITE health bodies and prominent figures in the media calling on pregnant women to get vaccinated, hesitancy persists. A new study further emphasises the health benefits of getting a coronavirus vaccine if you're pregnant - it may pass on protection to your offspring.

Benedetta, I don't know the number (or incidence rate), or the timeline, for updating a label to disclose reported adverse events. I've seen updated labels for other approved vaccines (usually called "Supplemental Approval" to indicate that the labeling has changed), so I assume now that the Pfizer product is approved (I hear it in my head in a used car dealer's radio ad voice, telling you that he'll greenlight you for an auto loan... "Approved, approved, approoooooved!"), the same rules will apply.

Pfizer has been calling it "Comirnaty" in Europe for a while now. Every time I see it, I think "Comintern." I can't be the only one.

"All pregnancies have a risk of birth defect, loss, or other adverse outcomes. In the US general population, the estimated background risk of major birth defects and miscarriage in clinically recognized pregnancies is 2% to 4% and 15% to 20%, respectively"

Duh … spewing the gobblygook that "all pregnancies …." is no different than claiming all VACCINES have a "risk of birth defect, loss or other adverse outcomes.

How about comparing "all pregnancies" of mom's who were VACCINATED to ascertain if THOSE VACCINATED MOM'S HAVE HIGHER RISK OF MAJOR BIRTH DEFECTS AND MISCARRIAGES??

Spewing statistics about the "general population" informs NO ONE OF THE RISKS TO THAT SPECIFIC POPULATION THAT WAS VACCINATED.

How do they get away with this 'scientific gobblygook"?

JFK, a lawyer said that vaccine manufacturers have to list any side effect that shows up their data on the insert or they can be sued. They can't be sued for making such a vaccine, just not saying it does, and the public can't get ahold of that data.
I wonder if this covid vaccine has different rules?

Is this rule to help keep the really powerful safe? They are told while the general public thinks if they know they would not give it to them?