Part 2: The Autism Tsunami an Interview with Mark Blaxill 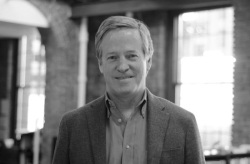 NOTE:  This is part 2 of a 5 part series running all week. Part 1 is below. At the end of the series, we'll reorganize to run it in order. Thank you.

A few years ago, the parent of a daughter with severe autism talked with me about the last IEP meeting he attended during her final year in high school.

The father asked the staff about what was next for his child. What adult programs would there be for her?

Her teachers had to admit that they didn’t know of any specific programs in the area at the same time they assured him that they were sure there would be something.

It was no big surprise for him to learn that no one is prepare for young adults with autism. His daughter was moved from one program for developmentally disabled adults to another, with none of them equipped to deal with her behavioral needs. Today social services pays a relative to babysit her all day.

This is but one tiny example of the future that Mark Blaxill talks about here.

Question 2: How bad will things get if the autism rate increases continue at the rate they have in the past?

Mark: It’ll get really bad. We know that. I like to say that before 1930, the rate of autism in the world was effectively zero.

He was the world’s leading expert in child psychiatry. For many years thereafter, in the U.S. at least, the rates were really low, one in 10,000.

Then they began to tick up a little bit in the 70s and 80s, but in the late 90s they went vertical. We haven’t seen the plateau in that curve.

The latest numbers we have are something like three percent in American children. There are numbers that are even higher than that in some places.

What that means is, if you were born in 1930, you’d be 90 today. … So there are people who are alive today who were around when there was no autism. The first cases of autism, some of them are still alive. I have met a couple of them, but they are vanishingly rare.

So we have no system for elderly adults with autism whose parents are no longer with us.

We have been struggling all over the world in special education programs to deal with the onslaught of children.

What we have not dealt with is the tsunami of autistic adults who are now starting to age out of the school system, who will flood into an unprepared services infrastructure.

There is no infrastructure for autistic adults without parents. They’ll require residential services; they’ll require day programming services. We will lose their productivity in the population. In some cases, a few of the higher functioning adults will do productive work, so I don’t want to minimize that, but in large measure, these will be unemployed human beings who will be a weight on the economy.

Those costs have not yet ever been seen, they’ve not ever been paid for, and we are nowhere close to equipped to deal with it.

We are just now dealing with autistic young people in their 20s. My daughter is 25 years old. She was born in 1995 just as the rates were being to increase, and there are no services for her. There are no programs for young autistic adults.

I’m involved in an autism center. We have just started. I’m the chief financial officer. We’ve just initiated a program for autistic adults, because there are none.

There are programs for intellectually disabled people, but not [for] the unique problems of people with autism. We’re not prepared.

Even then, most of the young people, if they’re young adults, their parents are in their 60s, 70s. They’re still going. They’re still taking care of their children.

One of my working titles for this paper was Autism Will Cost a Trillion Dollars When I Die. We’re looking at numbers in the hundreds of billions. They’re not small.

We’re going to see this tsunami hit. Most of the cost will be in young adults, and there will be no safety net because the parents are by and large, the safety net.

We’ll be gone. There may be siblings, there may be relatives, but this is going to be a bleak scenario when we have literally millions of adults who are not for whom we’re not currently prepared to provide services. They will be increasing in large numbers.

Mark Blaxill and Toby Rogers will continue their speaking out on Right on Point podcast later this week. We need to promote this work on Age of Autism and to every state legislator.

Temple Grandin vrs TempleLewis Ealy.
Maybe you can get Claire Danes to play the latter.

The Vaccine War: who really has the upper hand? Aug 3 by Jon Rappoport
https://theplantstrongclub.org/2021/08/03/the-vaccine-war-who-really-has-the-upper-hand-aug-3-by-jon-rappoport-nomorefakenews-com/

"Then they began to tick up a little bit in the 70s and 80s, but in the late 90s they went vertical. We haven’t seen the plateau in that curve."

This is the most important statement. The march to the vertical climb begins after the 1987 new CDC children's vaccine schedule was rolled out, which included more mercury containing vaccines- especially the then new Hep B shot given to infants. It contained 25 mg of mercury. The first wave of autism was being reported when these children turned four. It wasn't being regularly reported by the CDC until this group turned 8. That's why the vertical up tic. The CDC got worried by 1999 when parents were loudly claiming the vaccines were the source of their child's regression into autism. The original 1999 EIS Verstraeten report did show a RR of over 7 for the group that had the extra 25 micrograms of mercury found in the newly introduced Hep B vax. The control cohort had all the same shots on the CDC schedule except for the Hep B. The results of that paper were only discovered after a FOIA request. After that paper, some states banned mercury from childhood vaccines although loopholes in the law were left. At the same time, the mercury containing flu vaccine was added to the schedule. This is given yearly. The presence of aluminum adjuvants (as toxic as aluminum) was later revealed.

What is the latest on toxic "vaccine" ingredient? Graphene Oxide.

"One thing that happened is that Cindy Nevison, whom I’ve gotten to know pretty well, and she’s doing very good work. …on the environmental causes of autism."

And those "environmental causes of autism" are?