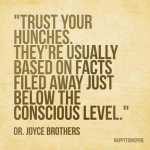 UPDATE from Reuters and other sources: Two die in Japan after shots from suspended Moderna vaccines - Japan govt

TOKYO, Aug 28 (Reuters) - Two people died after receiving Moderna Inc (MRNA.O) COVID-19 vaccine shots that were among lots later suspended following the discovery of contaminants, Japan's health ministry said on Saturday. The men in their 30s died this month within days of receiving their second Moderna doses, the ministry said in a release. Each had a shot from one of three manufacturing lots suspended on Thursday. The causes of death are being investigated.

Memes are popular on social media.  Like me, I'm sure you've seen some that make you laugh out loud, some that make you cringe, others that simply ring true to some aspect of your life.  I read one this week, but didn't get a snap of it. It said (and I paraphrase) "They aren't conspiracy theories, they're spoilers."   How's that for sharp?

I've been trying to read between the lines with everything these days. I look for "weasel words" that deflect blame, obfuscate, and sometimes outright lie, with finesse.  Several vaccination centers have reported that vaccine vials contained foreign matter, according to an announcement from the ministry, which added it will seek to minimize the impact of the withdrawal on the country's inoculation program. The ministry said later in the day that the substance that had been mixed in may have been metal. "It's a substance that reacts to magnets," a ministry official said. "It could be metal."https://asia.nikkei.com

Do you recall the "reports" that the Covid vaccine was making magnets stick to recipient's arms? Balderdash? Poppycock? Horsepucky?  Conspiracy theory? Can we wonder if there were undetected pieces of metal in those vaccines too? And the dismissal:  Reuters: CORRECTION-Fact Check-'Magnet test' does not prove COVID-19 jabs contain metal or a microchip

Correction Jun 25, 2021: An earlier version of this check incorrectly described the mechanism of MRI scans and gave an incomplete account of the weak magnetic interactions relating to the human body. These sentences have been removed as they have no bearing on the verdict of the check. This article has also been updated to clarify that not all metals are magnetic. Vaccines for COVID-19 do not contain metals or microchips that make recipients magnetic at the site of injection, physics and medical experts have told Reuters.The flawed claim was made in a series of viral videos claiming to show magnets attracted to the arms of alleged jab recipients. Several clips said the supposed phenomenon was proof that people were microchipped

I got the meme shown below in our photo from a "friend of ours" just last night. Seems it's missing something. This week, Japan announced that there may have been metal fragments in some lots of the Modern 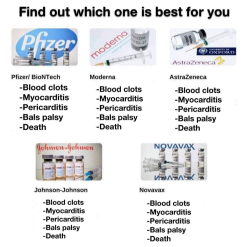 a vaccine. If this were any other product, a product with even a modicum of liability,  it would be recalled. The optics of offering a product tainted with anything, let alone metals, would be a debacle for any PR department. Any PR department EXCEPT the one in a vaccine company, and certainly in a company making a vaccine for Covid.

The foreign substance detected in dozens of vials of Moderna Inc.’s COVID-19 vaccine in Japan is thought to have been tiny pieces of metal, but experts have dismissed concerns over significant health problems, saying that the chance of the foreign material actually entering the body is low.

The foreign substance was identified in 39 unused vials, all of which had the lot number 3004667, at eight workplace and large-scale inoculation sites in five prefectures — Aichi, Ibaraki, Gifu, Saitama and Tokyo — with the first discovery having come on Aug. 16. The government on Thursday decided to halt the use of vials belonging to that lot number — as well as those with the lot numbers 3004734 and 3004956, which were produced around the same time and at the same facility — affecting a total of 1.63 million shots....

Something similar was reported years ago in the research of Montanari and Gatti. That was well-covered here.

This sounds worse, though.

Graphene Oxide
Tiny razor blades damaging the slippery blood cells. Causing them to stick together (clot) on a cellular level. Just fatigue to some, catastrophic to others.
Those experiencing symptoms after v, should get a D-dimer test.

Environmentalists what about —the plastic the needles the masks
What if a million people get this mystery metal and excrete it —-doesn’t it end up in waste water one way or another ? Doesn’t it contaminate ? If you don’t care about it harming our body care about it harming our earth?
What about the mercury on flu shots doesn’t it end up in your tuna or sushi?
Why are we so disconnected from the environmental effects of using a shot wirh plastic and needles rather than say developing a treatment or prevention strategy ?

I don't know why we should think that the substance rarely gets in the body. Good technique would require swirling the vial, and most people who do injections try to suck up every last drop. It's just what you do. I guess good technique in Japan includes visual observation. Imagine that!

Benedetta, yes, I have seen some of that footage but what I can't understand is how they can say that the chance of the foreign material (metals that they found in the vials) entering the body is low. I agree that this would almost certainly be widespread. It just so happened that Japan looked. I think most countries will not want to look; they may find something if they do.

Two people died from these contaminated vials... not saying it was the contaminate as people are dying from all the vaccines but...

Actually, I saw video of both magnets and metal objects (spoons) sticking to the shot arm.

Here's an article from an English language Japanese news source. It has more details:

"The foreign substances have been found from unopened vials of Moderna vaccine at eight vaccination sites in Japan since August 16.

They were manufactured at a Spanish factory.

Ministry officials have been telling 863 vaccination sites nationwide since Thursday morning to halt the use of the 1.63 million doses of the vaccine produced at the factory.

Officials say the foreign substances are in the form of particles and believed to be metal as they are attracted to a magnet."

"The ministry says medical staff are required to check whether a foreign substance is in a vial before using it, as on rare occasions something may be found. Members at the eight vaccination sites found the contamination by following the rule.
https://www3.nhk.or.jp/nhkworld/en/news/20210826_24/
Read article for more details.

So it is not just about a lot number or two..

"I've been trying to read between the lines with everything these days. I look for "weasel words" that deflect blame, obfuscate, and sometimes outright lie, with finesse."

The Term for "weasel words" would be "sophistry" … defined as: "the use of fallacious arguments, especially with the intention of deceiving .. such as … "trying to argue that I had benefited in any way from the disaster is pure sophistry"

Is this a great country or what .. we have waged an environmental war on "plastic straws" endangering ocean species .. but .. remain indifferent to "metal fragments" in vaccines endangering us? We live in a world gone MADDDDDDD

'....the chance of the foreign material actually entering the body is low.' If the contents of the vial are not 'entering the body', then what is the point of injecting the vaccine? What am I missing here?

It's not too surprising to find metal shavings in Moderna's vials, similarly, one will find ground glass in some percentage of the vials. Many types of clumping, foreign objects, mold, you name it, it's there since there's no attention to quality assurance during the plandemic. Why spend money on quality assurance when the goal is knock people off ? They have immunity, they don't care.