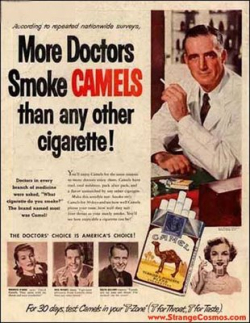 Thank you to Safeminds for updating the community with new science. Science is rarely settled.

Citing that research on in utero exposure to maternal environmental tobacco smoke (ETS) or active maternal smoking and the development of autism spectrum disorder (ASD) has been inconsistent, researchers from the California Department of Public Health set out to examine in utero cotinine concentrations as a tobacco exposure measurement. The results of their new study was recently published in Autism Research, the official journal of the International Society of Autism Research (INSAR). In order to conduct this research, the study’s authors measured cotinine levels in blood samples of women in their second trimesters.  A total of 498 ASD cases and 499 controls born in California during 2011-2012 were accessed for this investigation. The research team also obtained self-reported maternal cigarette smoking habits during and immediately prior to pregnancy as well as other pertinent information from birth records.  After running the data on the mother’s cotinine concentrations, the researchers found no association between in utero exposure to tobacco smoke from maternal ETS exposure or from active smoking and ASD. This finding contradicts a study from a few weeks ago which reported that heavy smoking during pregnancy was linked to autism in offspring. Last month’s study came to their conclusion by connecting California birth records to cases of autism maintained by the California Department of Developmental Services. However, this new study is the first to measure cotinine in mother’s blood during pregnancy and then study the chemical’s association with the development of autism in offspring. The March of Dimes, an organization dedicated to fighting for the health of all pregnant mothers and babies, produces a list of dozens of health risks for infants born to mothers who smoke. Interestingly, autism is not included on their list which reinforces the conclusion of this new study and also adds more evidence that maternal smoking during pregnancy is not fueling the autism epidemic.

While smoking is not good for anyone including mother and fetus, there were more smokers during pregnancy decades ago-before the rise in autism rates so I find it hard to see the connection. Maybe it's the old fathers.