Liquor Then Beer Never Fear, Moderna Then Pfizer WHO Says To Be Wiser 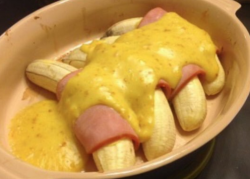 "A little bit of a dangerous trend." WHOSpeak for "We' have no idea the health and safety consequences, but we are not allowed to alarm anyone from continuing to get a dose, any dose, for God's sake please take your dose."

GENEVA (Reuters) - The World Health Organization’s chief scientist on Monday advised against people mixing and matching COVID-19 vaccines from different manufacturers, calling it a “dangerous trend” since more data is needed about the health impact.

“It’s a little bit of a dangerous trend here,” Soumya Swaminathan told an online briefing. “It will be a chaotic situation in countries if citizens start deciding when and who will be taking a second, a third and a fourth dose.” 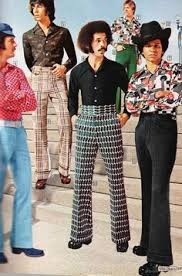 ailable and more was expected.

Its Strategic Advisory Group of Experts on vaccines in June said the Pfizer vaccine could be used as a second dose after an  initial dose of AstraZeneca, if the latter is not available.

The results of a further clinical trial led by the University of Oxford that will look at mixing AstraZeneca and Pfizer as well as Moderna and Novovax vaccines is underway.

“Data from mix and match studies of different vaccines are awaited - immunogenicity and safety both need to be evaluated,” the WHO said in emailed comments.

It should be public health agencies who make decisions, based on available data, and not individuals, the WHO added.

I was really digging the groovy pant and shirt "combos." Nice choice of images, Kim. I need to find some of those outfits.

If you mix and match
you just might catch
the Pfizer-Moderna shock
if you add J and J
you're right on your way
to a knock-out sickly day.

Nothing to worry about folks its all just a little bit like dying.. you`ll be fine, trust them after all ,they are the quacks.. allopathic quackery, quack,! quack! quack!

Have you ever heard of Manhattan, Kansas?
Leveraging the National Bio and Agro-defense Facility
https://www.k-state.edu/nbaf/

LOL!! What does it even matter at this point?! It's not like anyone is officially keeping track of any reactions anyway. Imagine how this might play out in an ER when you're wheeled in with a post-vax heart attack/stroke/blood clot/or just plain dead. I suppose in a perfect world, the ER staff might ask, "Sir, do you recall, did you have a large Pfizer with a side of Moderna or did you get the supersize AstraZeneca with a small Novovax? We need to know, in order to appropriately treat you."
How it really plays out: "We know it's not related to the vaccine/s because all vaccines are safe and effective all the time."
"Next!"

“Data from mix and match studies of different vaccines are awaited - immunogenicity and safety both need to be evaluated,” the WHO said in emailed comments."

Duh … we are at WARP SPEED .. don't have any time waiting for "immunogenicity and safety" to be evaluated.