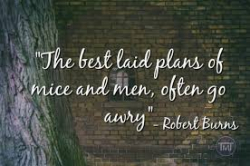 Foo Fighters postponed tour dates after a member of their team contracted Covid. They made the news several weeks ago when they announced their “Vaxxed Only” tour starting at Madison Square Garden, in New York.

Comments at Twitter are brutal and remind me of Palm Sunday: "Crucify him! Crucify him!" as the assumption is this MUST be an unvaccinated person.

We hope the person recovers quickly, whether vaccinated or not. We're human that way.

Weeks after the Foo Fighters played the first capacity show at Madison Square Garden, they have announced they must postpone their Los Angeles concert due to a confirmed case of Covid-19 within their organization.

The band had been scheduled to play the Los Angeles Forum on Saturday.

On Wednesday, they announced via their verified Twitter account: "Despite having made every effort to follow CDC COVID protocols and local laws, there has been a confirmed COVID-19 case within the Foo Fighters organization...

Another thought on the Navy ships Covid outbreak- this would be a perfect case control study to get statistics on the performance of the jab. Coincidence?

I think all Covid jabbed should get a blood smear test. This would be a dead give-away. No pun intended.

"The BBC has been told there have been around 100 cases on the aircraft carrier, which is part way through a world tour.
SEVERAL OTHER (emph. mine) warships in the fleet accompanying it are also affected.
Defence Secretary Ben Wallace said all crew on the deployment had received two doses of a Covid-19 vaccine and the outbreak was being managed."

"A spokeswoman said mitigation measured on board included masks, social distancing and a track and trace system."
https://www.bbc.com/news/uk-57830617

Tears coming from my eyes, Boo-Foo

What ever happened to the rock stars bit of a devil may care attitude to their mortality, scared of a little bit of Saturday Night Fever so it seems..

Once again:
We high and mighty best medical system ever cannot figure out how to treat this disease. No plan B.
We have all our eggs in one basket.
So if you didn’t go with Plan A we will blame you for the failure of Plan A.
And what amazes me is that this works.

"I still can’t stop being astonished by the short term memory, and lack of basic logic, of the vaccine zealots! "

And Joe Biden is a prime example.
Today he just slandered law abiding unvaccinated citizens as he ran off for a weekend vaycay at Camp David:

"“They’re killing people. The only pandemic we have is among the unvaccinated. And they’re killing people,” he told reporters at the White House as he left for a weekend at the presidential retreat in Camp David."
https://www.breitbart.com/news/biden-says-social-media-misinformation-on-covid-killing-people/

Biden forgot to FACT CHECK before he opened his mouth:

One hour after Biden inaugurated, WHO changes COVID testing criteria
The change is expected to lead to a reduction in COVID case tallies.
https://www.lifesitenews.com/news/one-hour-after-biden-inaugurated-who-changes-covid-testing-criteria

According to the latest Covid cases/deaths, my large populous county had 4 "cases" (don't know if mild or severe) per 100,000 and ZERO DEATHS.
https://usafacts.org/visualizations/coronavirus-covid-19-spread-map/

From the above graph, up until Biden's January inauguration, the high cycle PCR tests gave high incidents of false positives. The sudden decline after the inauguration follows the PCR test cycle reduction. The quick spike between December 29- January 9 would coincide with the introduction of the Covid vaccines. If you look at the graph as a whole, we seem to have reached herd immunity, thanks mostly to unvaccinated NATURAL IMMUNITY. Let's do a detailed SCIENTIFIC study of the vaccinated who are claimed to have "break-out" Covid 19.

I still can’t stop being astonished by the short term memory, and lack of basic logic, of the vaccine zealots! No example, *none* seems to encourage them to ask if they should question the efficacy of these products, let alone the intelligence of forcing a novel product *that only ameliorates symptoms* on people.
This is a rant by Keith Olberman over a Yankees game being cancelled which according to him is because of the unvaccinated, namely the athletes, when not just a couple of months earlier *vaccinated* players were harboring infections.

The fact that the Foo Fighters only playing for the vaccinated didn’t make a difference will also be lost on people.

They should change the name to Kung Floo Fighters.....

Obviously, the "confirmed case" is a fully vaccinated person.
Otherwise, they would be shouting from the rooftops that they were a DANGEROUS EXTREME UNVAXXED PERSON.

THE BURNING QUESTION: Is it the "Delta" variant?
Is the band in a two week lockdown?

The Foo Fighters will need a large wheelchair section and ramp access for their fans....the ones that live that is. I'd rather just go see a different band, they're are many good bands out there that don't impose such draconian measures and I'll listen to them.

From the great Robert Burns "To a Mouse," the full stanza is thus:
"But Mousie, thou art no thy lane,
In proving foresight may be vain:
The best-laid schemes o' mice an' men
Gang aft a-gley,
An' lea'e us nought but grief an' pain,
For promised joy.
(no thy lane: not alone)