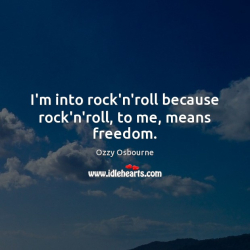 Huge thanks to Eric Clapton for standing up for what rock and roll is all about. FREEDOM. Why? Because he experienced the fear, worry and danger of vaccine injury himself.

He is putting his money where his microphone is, and refusing to play in venues that discriminate based on Covid vaccine status. Unlike Bruce Springsteen and Foo Fighters, who sold their fans down the pharma river.

Eric Clapton said he will not perform at any venues that require attendees to prove that they’ve been vaccinated against Covid-19.

Clapton issued his statement in response to Prime Minister Boris Johnson’s announcement on Monday, July 19th, that vaccine passes would be required to enter nightclubs and venues. Clapton’s statement was shared via the Telegram account of film producer and architect Robin Monotti, who has also been skeptical of the Covid-19 vaccine and expressed other doubts about the U.K. government’s response to the pandemic. (Clapton previously shared a message about his “disastrous” health experience after receiving the Covid-19 vaccine on Monotti’s Telegram page.)

Eric Clapton releases a new song, “This Has Gotta Stop”. (Note the horribly biased writing in this article announcing his new song.)

There goes The Friends DVDs in the toxix waste bin.

Jennifer Aniston defends cutting off anti-vax friends: ‘We have to care about more than just ourselves’
Actor doubled down on comments that she’d lost friends who ‘don’t listen to the facts’ around vaccination

Jennifer Aniston has responded to criticism after revealing that she had cut friends out of her life for not getting the coronavirus vaccine.

In a new interview, The Morning Show star described the “unfortunate” loss she’d experienced of friends whose views towards the vaccine had been swayed by “fear and propaganda”.

On Thursday (5 August), Aniston doubled down on her comments in the wake of criticism from anti-vaxxers.

Posting a comment to Instagram Stories asking why she was worried about the “unvaxxed around her” if she’d been vaccinated herself, Aniston responded: “Because if you have the variant, you are still able to give it to me.

“I may get slightly sick but I will not be admitted to a hospital or die. BUT I CAN give it to someone else who does not have the vaccine or whose health is compromised (or has a previous existing condition) – and I therefore I would put their lives at risk.”

The carrot, the stick, and the vaccine injured.

First you use the carrot to entice the bunnies to take the vaccine. Since they love donuts, traveling, and lottery tickets this should do the trick. If for some reason the carrots don't work, use the stick to make them take the vaccines. Take away their job, education, or electricity, publicly shame them, use peer pressure, whatever it takes. It feels like we're moving into the stick phase ?

Any junior CDC staffer can see that rising covid cases in the shadow of a vaccine rollout represents a dismal and horrific medical failure.

This is just the start it wouldn't end with just the COVID vax ,as we all know..

'I believe the government is in terrible danger of splitting the Tory Party irretrievably - after all we have been through with Brexit'
The contentious proposals of forcing people to prove they have had a negative test or are fully vaccinated to attend certain events has been met with cross-party condemnation.

The Telegraph revealed that football supporters will have to be double-jabbed to attend Premier League games, university students could be barred from attending lectures unless they can prove they have been fully vaccinated and people will need a vaccine passport to enter a nightclub under the plans.

The vaccine passports plan for nightclubs was forced through despite a majority of ministers calling for it to be postponed at a meeting just hours before it was announced, it has emerged.

And The Telegraph can disclose that widespread concerns have been raised in the Cabinet after Boris Johnson last week stated that people attending nightclubs would be required by law to be double jabbed by the end of September.

Now, Steve Baker, deputy chairman of the Covid Recovery Group of Tories, has said the issue threatens to drive the biggest wedge through his party since it was formed in 1834.

He told The Sun: “It is an outrageous proposal, and one that doesn't seem likely to do any good.

“I believe the government is in terrible danger of splitting the Tory Party irretrievably - after all we have been through with Brexit.”

He said he backed the "pragmatic" use of Covid vaccine passports - but also stressed the importance of testing as part of the certification scheme.

While Mr Johnson has signalled that the Covid pass will be required for nightclubs in England from September, when all adults will have had the opportunity to be double-jabbed, with tests no longer sufficient.

Vaccines minister Nadhim Zahawi has indicated the documents could be required for a far wider range of settings, suggesting festivals and sport events as areas where there were concerns about the spread of coronavirus.

Labour has previously indicated it could side with Tory rebels in voting against the mandatory use of vaccine-only passports for nightclubs, but Sir Keir acknowledged that checks of some sort were necessary for major events.

Sir Keir set out his views on LBC Radio, saying that tests were more useful than just a record of vaccination - highlighting Health Secretary Sajid Javid's situation as a double-jabbed person who contracted Covid-19.

He said: "I think tests are actually more useful than double vaccinations, as the Health Secretary has shown.

"He, of course, got Covid just about 10 days ago now, I know he's through it now, but he had been double-vaccinated. So, I actually think tests are much more useful.

"I think that the idea that we can go back to mass sporting events or other events without any checks is not one I would subscribe to."

Asked whether he would support the Government in a vote, he said Labour would "look carefully" at proposals and added: "What I don't want to see, just to be very clear about this, is I don't want to see vaccine passports used on an everyday basis for access to critical things like health, dentistry, food, etc.

"So, for sporting events, I'll look at what the Government puts on the table.

"I want to be pragmatic because we all want all business sectors and sporting sectors to return as quickly as possible. But not for everyday use."

"Many businesses - the practicalities, whether it is in hospitality or in other organisations - they have absolutely struggled during this pandemic and there is absolutely no way that these businesses can go around vetting and checking these vaccine passports are legit," she said.

Speaking on a visit to co-working space Impact Hub, in central London, Angela Rayner said: "We think it is unworkable actually and we should be encouraging people to get the vaccine as soon as they possibly can, and also encouraging people to take regular tests as well. Because that is how we keep control of the virus.

"Of course, even with the two vaccines you can still get Covid, so therefore testing has got to be an important part of that scheme."

Vaccines don't seem to be working in CA either, but doesn't change the spin that we should all get vaccinated.

Thank you , stand firm with it!

Leave A Light On ,Tom Walker ,Red Hot Chilli Pipers Glasgow YouTube
Oh Pants! with or without vaccine passports ? This could be a problem, on and off stage ? aye right off-it!

How will Jen Psaki spin this?

1000 COVID JAB FAILURES in TENNESSEE!
"More than 1,000 cases of the coronavirus have been reported in Tennessee residents who are fully vaccinated, the state said Friday.
During a news briefing, Dr. Lisa Piercey, the Commissioner for the Tennessee Department of Health, discussed the “breakthrough” cases and revealed 195 of those fully vaccinated residents who tested positive for the virus had been hospitalized.
She added 27 of the patients had died."
https://www.wkrn.com/news/1000-breakthrough-cases-of-covid-19-reported-in-tennessee/

I guess this is what "safe and effective" looks like.

"Gamma" its as if its going to come flying through the brick of your house and hit ya !between the eyes..nearly fell of my seat there. All those coveidiots that had the vax soup tut tut!

Gamma variant could have 'high attack rate even in fully vaccinated people' – new study
DOMINIC CUMMINGS is demanding that the Government releases its contingency vaccinations plans as it emerged that the Gamma variant has a "high attack" rate even against those who have been fully jabbed.

Penn? There is money for his organization from WHO and elsewhere no doubt....

...Since his journey to Haiti, Penn has been a constant on the island through his organization, which also expanded its reach in the U.S. during the COVID-19 pandemic. CORE helped organize free testing sites across the country and is running the nation's largest vaccine site in Los Angeles.

Was this really a slip of the tongue? Remember that a Federal lawsuit has been recently filed in Alabama based on whistleblower claims that deaths following the Covid jab have been deliberately underreported. Was this done for legal cover? "Well, we told you that the jab could kill you."
https://twitter.com/townhallcom/status/1415365845564469249?ref_src=twsrc%5Etfw%7Ctwcamp%5Etweetembed%7Ctwterm%5E1415365845564469249%7Ctwgr%5E%7Ctwcon%5Es1_&ref_url=https%3A%2F%2Fnewspunch.com%2Fin-apparent-slip-of-the-tongue-jen-psaki-says-vaccines-can-still-kill-you%2F

Be alert to any public correction of Jen Psaki's statement.

Awake the woke..thank you Mr Clapton.

make sure you are sitting down before seeing this ....

Legendary. History being made before our eyes.

So grateful- and hoping it wakes others up.

The 'DIVISION" covid vaccines has spawned between people is as dangerous to our health and communities as is the Covid virus itself.