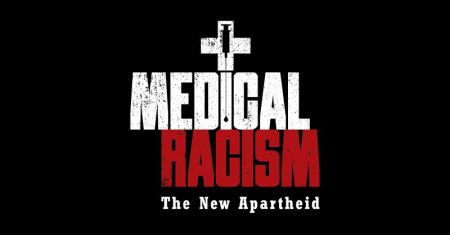 On June 8, 2021, in a completely one-sided piece, WXXI radio in Rochester, NY once again trashed the whole idea that the mumps, measles, rubella (MMR) vaccine is especially dangerous for African Americans.

WXXI went after the latest online film on this called Medical Racism: The New Apartheid,   and, as usual, experts were lined up to dismiss the claims and slam the producers while none of the opposing evidence was honestly discussed.

Most telling of all was the omission of the Dr. William Thompson story of fraud, corruption and cover-up regarding the MMR vaccine by the Centers for Disease Control as shown in the film Vaxxed.

In the age of COVID, it’s important that safety concerns be dismissed as false and those who raise them be denounced. After all, they have a vaccine to sell us.

WXXI, Rochester, NY: An Anti-Vaccine Film Targeted To Black Americans Spreads False Information  Defense. (He's the son of the former U.S. Attorney General Robert "Bobby" Kennedy and nephew of President John F. Kennedy.) With this film, Kennedy and his allies in the anti-vaccine movement resurface and promote disproven claims about the dangers of vaccines, but it's aimed squarely at a specific demographic: Black Americans.

The film draws a line from the real and disturbing history of racism and atrocities in the medical field — such as the Tuskegee syphilis study — to interviews with anti-vaccine activists who warn communities of color to be suspicious of modern-day vaccines.

At one point in Medical Racism, viewers are warned that "in black communities something is very sinister" and "the same thing that happened in the 1930s during the eugenics movement" is happening again.

There is lengthy discussion of the thoroughly disproven link between autism and vaccines. For example, the film references a study from the Centers for Disease Control and Prevention about the measles, mumps and rubella vaccine and autism rates as evidence that African American children are being particularly harmed, but in reality the study did not conclude that African Americans are at increased risk of autism because of vaccination.

The movie then displays a chart claiming to use that same CDC data — obtained through a Freedom of Information Act request — to make a connection between vaccinating Black children and autism risk. The findings in the chart closely resemble another study sometimes mentioned by anti-vaccine activists, but the medical journal later retracted the study, because of "undeclared competing interests on the part of the author" and "concerns about the validity of the methods and statistical analysis." (That study's author was also a paid independent contractor for Kennedy's group as of 2020 and sits on its board of directors.)…

Kennedy's group released the film in early March, just as the COVID-19 vaccine was becoming widely available to the American public.

The movie begins with a string of ominous news clips about the pandemic and the COVID-19 vaccines and includes short interviews with people of color who talk about COVID-19 being "propaganda" and why they don't trust the vaccine. Kennedy also appears to offer a warning to viewers about vaccines: "Don't listen to me. Don't listen to Tony Fauci. Hey, and don't listen to your doctor."…

"The film basically wants people to recognize this history that leads right into the present, and especially when they're facing decisions about whether they should take any vaccine, including COVID," he says.

In an email statement, a spokesperson for Children's Health Defense denies that the film is misinformation and says it contains "peer reviewed science and historical data."

The movie is "a classic example of the anti-vaccine industry with a highly targeted message using sophisticated marketing techniques and building alliances with affiliate organizations," says Imran Ahmed, chief executive officer of the nonprofit Center for Countering Digital Hate, which has extensively researched figures such as Kennedy….

No targeted message here from the other side then.. never, n-e-v-e-r !.

Coronavirus booster vaccines may not be necessary this winter because the original two-dose jabs are working so well long-term, one of the Oxford jab-makers has said.

Sir Andrew Pollard, director of the Oxford Vaccine Group, which played a key role in developing AstraZeneca's coronavirus jab, said there was no proof immunity from jabs fades over time.

Scientists had expected the protection given by vaccines to begin to wear off over time because the immune system naturally becomes less active.

There are few things better than an endless successful fraud which IS the vaccine industry, which is about all that is left of American medicine.

For any visit for any medical problem, one is expected to take $400 worth or more of whatever vaccine they see is not on your chart. If you are not with their vaccine program that will certainly go down on your chart.

They have tried about everything so far but the vaccine railroad cars to a free summer camp.

Well at least a part of the criticism is true- the movie IS a classic.

You have all over the world parents that have ever met, never exchanged a look, never phoned one another, but strangely all, say and know the same thing that ,the MMR vaccine caused the damage to their kid-kids that has been caused.
You would think one elected leader would do the job they are elected to do and help its people.

They don't care who they hurt or kill! They never will. We are money pawns to them! Remember the movie a Bug's life? Unless we unite, which appears unlikely, they/pharma will always win, use us for profits.

Doesn't NY have one of the highest ASD rates in the U.S.? Along with NJ?

How much longer can they keep pushing vaccines, till their societies burst at the seams (due to the medical, financial, employment hardships of ASD?)

Yeah .. right …we must trust the same public health officials who have promoted the Covid vaccine as being "safe and effective" .. where already over 5,000 deaths have been reported to the Vaccine Adverse Event Reporting System (VAERS) .. thousands of hospitalizations and growing numbers of young healthy children 12-15 suffering inflammation of the heart .. when in reality these same public health officials should be acknowledging the covid vaccine is EXPERIMENTAL at best.

As the man (Reagan) said … decades ago .. the most frightening 11 words are … "I'm from the government and I am here to help you".